The United Nations High Commissioner for Human Rights, Michelle Bachelet, begins an official visit to Xinjiang on Monday to investigate the violations committed in the Chinese province. 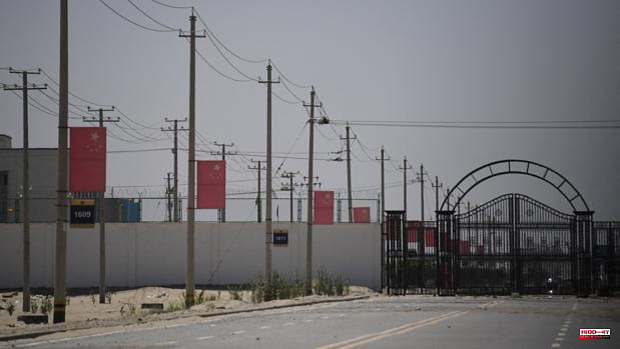 The United Nations High Commissioner for Human Rights, Michelle Bachelet, begins an official visit to Xinjiang on Monday to investigate the violations committed in the Chinese province. The Communist Party has implemented re-education camps there through which, according to figures from international institutions and NGOs, more than a million people from local ethnic groups such as the Uyghur have passed.

The Chinese government, which initially denied their existence, later defended that they were vocational training centers, part of an effort to eradicate "the three evils" - "extremism, separatism and terrorism" - from a region that has suffered twenty attacks in the last decade, the most recent in 2017. This campaign has resulted in a police state that aspires to full cultural assimilation to the detriment of Islam, the majority religion among the native population.

To this are added, in addition, other complaints such as the use of forced labor in local industry and compulsory sterilizations, which has caused several Western countries - the United States, Canada, Holland, the United Kingdom, Lithuania, France, New Zealand , Belgium Czechia – describe what happened in Xinjiang as "genocide" or "crimes against humanity".

Bachelet's trip comes after a long negotiation and involved in controversy due to the tight control of the Chinese authorities. This is a reissue of the mission in Wuhan of the World Health Organization, whose experts later protested the lack of transparency that made it impossible to reach any findings regarding the origin of the pandemic.

The complacency of the former Chilean president with the Chinese regime has caused the concern of NGOs such as Human Rights Watch, in the face of the possibility of "manipulating the visit to turn it into a public relations act." An alarm shared by countries like the US The State Department spokesman, Ned Price, has recalled that the institution continues to block a pending report for months. "The High Commissioner's continued silence in the face of irrefutable evidence of the atrocities committed in Xinjiang (...) is very worrying, especially as she represents the global voice on human rights," he noted.

Contributing to the opacity –and with it to skepticism– is the zero Covid policy that keeps the country isolated from the rest of the world and restricts mobility throughout the national territory. An advance party of five people has been working on the ground for a month, organizing Bachelet's arrival. It is believed that she will travel to China in a bubble – similar to the one put into practice during the Winter Olympics – so the media will not be able to accompany her or report her travels.

The inspection, the first in the country since 2005 and "at the invitation of the Government," will last six days. The High Commissioner will pass through Canton, Urumqi and Kashgar, where she will meet with "regional and state politicians, civil society organizations, businessmen and academics," according to her advance. Her visit to China will conclude with a statement and a press conference, which will assess not only the situation in Xinjiang, but also the credibility of the body she heads.

1 Colombia, a campaign closure full of unknowns 2 Maduro demands to release his wife's nephew to... 3 Almost two million refugees have already returned... 4 Olena Zelenska, Ukrainian first lady: "No one... 5 The legalization of repression in Cuba 6 The Government of Peru apologizes for the 1985 Accomarca... 7 The Government maneuvers to save the public pension... 8 The list of Spanish businessmen and politicians who... 9 The warning from the Bank of Spain so that the Treasury... 10 Rakuten challenges Amazon and launches a 30% cash... 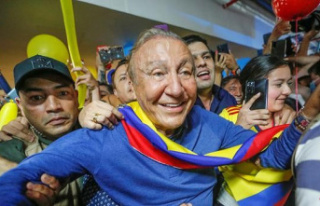