The former treasurer and former vice president of PDVSA, Carlos Malpica Flores, the favorite nephew of the first lady Cilia Flores, is in the eye of the hurricane as a bargaining chip at the negotiating table for the resumption of dialogue between the regime of Nicolás Maduro and the Interim President Juan Guaidó. 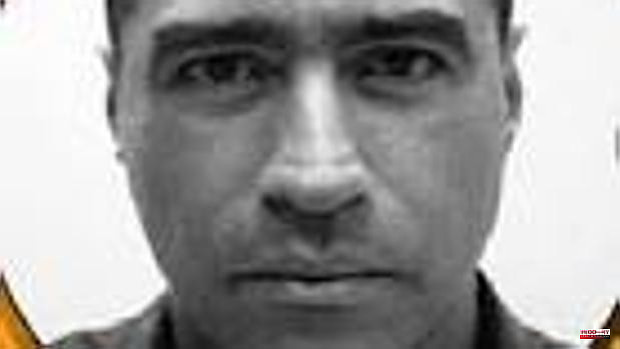 The former treasurer and former vice president of PDVSA, Carlos Malpica Flores, the favorite nephew of the first lady Cilia Flores, is in the eye of the hurricane as a bargaining chip at the negotiating table for the resumption of dialogue between the regime of Nicolás Maduro and the Interim President Juan Guaidó.

Maduro has set conditions with his wife's nephew to resume dialogue with the opposition in Mexico, whose "formal talks" began in Caracas on Tuesday. "After the visit of American officials to Venezuela, it was said that this was the first name that Nicolás Maduro put on the table in the negotiations and secondly that of his figurehead Alex Saab (prisoner in the US)," the investigator informed ABC. Roberto Deniz from the portal Armando.Info.

However, Guaidó's opponent "has categorically denied" that she has requested the lifting of sanctions against the nephew of Maduro's wife to sit at the negotiating table. "Our goal is free and fair presidential elections, and the restitution of the rights of all Venezuelans, including the release of all political prisoners," said the opposition leader.

Carlos Erik Malpica Flores, 49, is the most powerful financial hierarch of the Venezuelan presidential couple and the Chavista government, which acts in the shadows. He is quiet, reserved, he does not give interviews or have accounts on social networks but he likes luxury, giving parties with French pink champagne, traveling in private planes, staying in five-star hotels and exclusive restaurants in the Caribbean islands.

Malpica moves like a fish in the Caribbean Sea. One of his favorites is the small island of Saint Barth, in the eastern Caribbean, where he organized a party for Christmas 2014 to celebrate his appointment as vice president of Petróleos de Venezuela with pink champagne.

Since his uncle Nicolás came to power in 2013, he has held the most important positions such as the National Treasury Office, the Ministry of Economy and Finance, the state-owned PDVSA, the Bandes and Fondes banking entities, the secretariat of the Presidency, the Foreign Ministry, the National Assembly and various foundations.

The all-powerful presidential nephew is considered a financial octopus that has managed and continues to control the coffers of the nation's budget, profiting from the public treasury while the country suffers the worst economic and social crisis in its history, which has caused the exodus of more than 6 million Venezuelans abroad.

Before being sanctioned for corruption, he created 16 fictitious companies in Panama, according to the Panama Papers. The isthmus newspaper La Estrella has published reports about the acquisition of properties in Panama for his aunt, the first lady. The same happens in the Dominican Republic.

There is a close relationship between the socialist government of the islands of Saint Vincent and the Grenadines and the Chavista regime due to the links that exist in their tax haven. A month ago, Maduro canceled his oil debt of 70 million dollars. Venezuela has financed the island's airport and other works, so that Cilia Flores can "study English," according to the president.

The presidential nephew was sanctioned by the US Treasury Department (OFAC) on July 26, 2017 for his alleged responsibility in the corruption of the Chavista regime. And he is still blacklisted.

On March 30, 2018, he was also sanctioned by the Government of Panama, as well as companies related to his close relatives, for being considered high risk for money laundering, financing of terrorism and financing of the proliferation of weapons of mass destruction, according to the newspaper 'El Nacional'.

Canada and Europe have also sanctioned Carlos Malpica Flores, the hidden face of the financial power behind the throne of Miraflores, who has now extended his tentacles towards the collection of municipal taxes from companies operating in the country, such as the collector of garbage Fospuca, whose owner José Sión Elarba shamelessly airs to the four winds that he is the personal friend of the first lady's nephew to justify his exorbitant illicit enrichment.

1 Almost two million refugees have already returned... 2 Olena Zelenska, Ukrainian first lady: "No one... 3 The legalization of repression in Cuba 4 The Government of Peru apologizes for the 1985 Accomarca... 5 The Government maneuvers to save the public pension... 6 The list of Spanish businessmen and politicians who... 7 The warning from the Bank of Spain so that the Treasury... 8 Rakuten challenges Amazon and launches a 30% cash... 9 Lagarde points to July for the first rate hike and... 10 Two out of three self-employed plan to raise their... 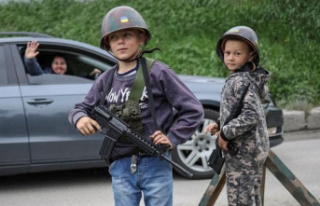