The current situation at the Przemysl railway station, on the Polish-Ukrainian border, has nothing to do with what it was two months ago. 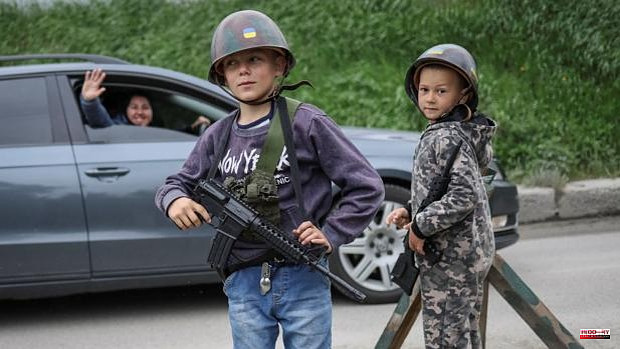 The current situation at the Przemysl railway station, on the Polish-Ukrainian border, has nothing to do with what it was two months ago. The charming hall of this 19th-century building, which became the main point of entry for Ukrainians seeking refuge in the European Union after the Russian invasion, is no longer taken over by dozens of NGOs offering all kinds of help and journalists broadcasting live from every corner. The corridors are also not overcrowded with people sleeping on the floor. Except for an information booth, a table offering free mobile phone cards, and a few volunteers in yellow overalls to help with bags, the last Polish station on the line that connects that country with Ukraine now looks like an ordinary place.

Of course, the flow of travelers is still very high. What has changed is the direction of its journey. If before the trains arrived overcrowded from Ukraine and returned empty to Lviv or kyiv, now it is the other way around: the endless queues to pass immigration control are at platform number five to board train 716, which runs in just over twelve hours the 650 kilometers that separate Przemysl from the Ukrainian capital. On board are mainly women and children, the same ones who in March fled the offensive ordered by Vladimir Putin.

According to official data confirmed to this newspaper by the Ukrainian government, almost two million refugees have already returned to their homeland, around a third of those who abandoned it. Natasha is one of them. “Our military has managed to repel the Russian attack and secure kyiv. The war is concentrated in the east again – where it already broke out in 2014 – so we return to reunite with our family and try to resume our lives, “he says while juggling to push a giant suitcase without leaving his son on the ground. two years old, who has fallen asleep on his shoulder. "My husband was in the Territorial Forces, but now he has returned and so have we," she adds.

Like so many others, Natasha never wanted to leave Ukraine for a long time. And so she stayed in a small Polish town near the border. However, around her there are refugees who arrive with documents from half a dozen European countries, where they could legally reside and work for up to three years. Her experiences are varied. Yulia, for example, is very grateful to the authorities in Germany, a country that has welcomed 700,000 compatriots – 40% minors. "They have offered us everything we need and we have felt loved," she says. Beside her, another woman from Austria nods her head. "Europe has been up to the task," she comments with the help of her teenage daughter's English.

Although she avoids direct criticism, Olena's experience in Spain, which is home to some 100,000 Ukrainians, has not been so positive. «I think that the whole process could be better organized, because they have sent us from one place to another and they always offered us very little information. Those who have relatives or acquaintances are better off, but for the rest, Spain may not be the friendliest destination. Uncertainty causes a lot of tension and without speaking Spanish it is very difficult to bandio and earn some money », she says. In spite of everything, in the face of administrative chaos, she prefers to highlight the "affectionate" nature of the Spanish people.

Faced with the growing demand for returnees, which the Ukrainian government estimates at around 30,000 per day, the number of rail services is increasing. There is even a direct train from Przemysl to Kharkiv, the last major city liberated by Ukrainian forces. “Those who have not lost everything, those who still have their house standing and can earn an income, prefer to return because they have their life there. It also has a lot to do with the fact that Ukraine has banned men from leaving, because that is a great incentive for women to come back. If the families had come out complete, the situation could be very different, "says a Polish official who asks to remain anonymous.

1 Olena Zelenska, Ukrainian first lady: "No one... 2 The legalization of repression in Cuba 3 The Government of Peru apologizes for the 1985 Accomarca... 4 The Government maneuvers to save the public pension... 5 The list of Spanish businessmen and politicians who... 6 The warning from the Bank of Spain so that the Treasury... 7 Rakuten challenges Amazon and launches a 30% cash... 8 Lagarde points to July for the first rate hike and... 9 Two out of three self-employed plan to raise their... 10 1,000 waiters and cooks are sought for the summer... 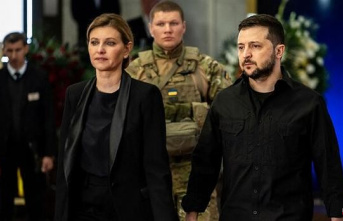