The Government seeks to save the approval of the public fund 'in extremis' after losing the support of the coalition partners. 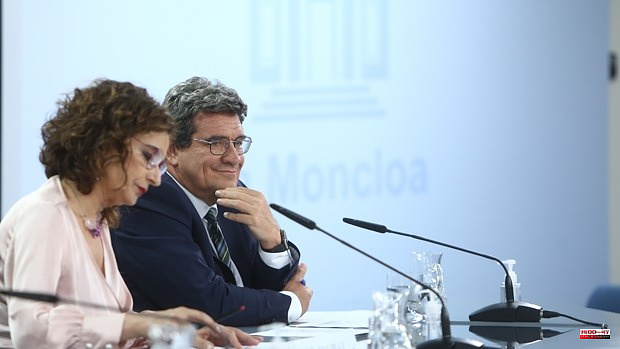 The Government seeks to save the approval of the public fund 'in extremis' after losing the support of the coalition partners. In the last few hours, the cabinet of the Minister of Inclusion, Social Security and Migration, José Luis Escrivá, has maintained contact with both the opposition parties, whose support it is trying to add to overcome the vote on the bill in Congress, as well as the Ministry of Finance itself to explore possible solutions that combine a minimum consensus to comply with this demand from Brussels.

It should be remembered that the approval of the measure has a deadline of the end of June, at which time Brussels will examine the progress on the deployment of the measure. In fact, the 6,000 million euros of European reconstruction funds that should arrive in the second half of the year are conditional on the approval of this measure and the reform of the contribution system for self-employed workers, among other milestones.

The state of the matter goes through the last minute call of the Ministry of Social Security to the political parties this Tuesday to carry out the presentation of amendments, which decides which will be included in the bill that will go to Congress and which will not. The meeting, which will take place this Tuesday morning, not in vain, is far from defining what proposals the Executive will definitively accept. “It will only serve to clear the simple points of the articles of amendments,” point out parliamentary sources consulted by ABC.

However, according to sources familiar with the negotiation process, the Executive has still not managed to add all the support due to the lack of concessions in the fiscal field. Although Minister Escrivá would have sounded out with the Minister of Finance and Public Function, María Jesús Montero, possible concessions to the requests -focused on increasing tax incentives for companies or on raising deductions for contributions to individual plans- of the parties to guarantee their votes.

Although official sources assure this medium that, in these conversations that have taken place informally, both the representatives of the Ministry of Finance and those of Social Security have shown themselves in the line of not making great fiscal efforts to make the plans more attractive of employment pensions. Escrivá himself pointed out last week at a press conference that any tax concession for savings should be studied in detail due to the budgetary implications it entails.

Not in vain, the element of taxation seems to be the touchstone that will definitely save or bring down the public pension fund. The Government would have held talks in the last few hours with both the PP and Cs to seek an intermediate point between the modifications required by way of enemies, which would have an approximate cost of 1,000 million euros in incentives. Some proposals that have already been officially rejected, as revealed by ABC.

However, the swords continue to rise. On the one hand, the coalition partners seem to have definitively dropped the law, which they see as a step towards the privatization of the public pension fund. While from United We Can, Minister Escrivá was even asked at the end of last week to eliminate from the law the only incentive for employers in the form of a deduction in the Social Security fee, of up to 400 euros per year per employee.

While the opposition parties do not confirm any definitive agreement with the Government that serves to guarantee the approval of the law in Congress, the Executive seems to want to reach an accelerated solution, for which it will force the presentation of amendments for this Tuesday in Congress. The PP requires that there be more personal income tax deductions for the self-employed and that they be equal to the 8,500 euros set for employees, in addition to a transitional period in which the personal income tax deduction for contributions to individual plans is increased, up to 5,000 euros per year, from the current 1,500 euros.

In the same way, Ciudadanos also claimed to include a tax exemption for Corporation Tax for contributions made to the pension plan in favor of the employee of up to 15%. Which would have a cost of collection loss of 39.5 million euros.

However, neither the claims of the PP nor those of Cs have managed to convince the Government, which faces the decisive week to gather support without the votes or the necessary agreements to carry out the law. Parliamentary sources warn, furthermore, of the real danger that the law could fall through the parliamentary process due to the loss of support from the coalition partners in the last week.

1 The list of Spanish businessmen and politicians who... 2 The warning from the Bank of Spain so that the Treasury... 3 Rakuten challenges Amazon and launches a 30% cash... 4 Lagarde points to July for the first rate hike and... 5 Two out of three self-employed plan to raise their... 6 1,000 waiters and cooks are sought for the summer... 7 Brussels warns Spain of the end of the free spending... 8 The challenge of harnessing the sustainable seam of... 9 Technology comes into play at the time of the vindication... 10 These are the cheapest hours of electricity for Monday 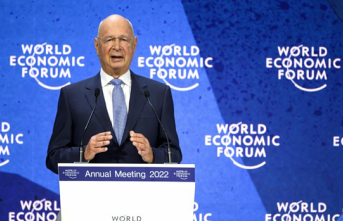