The Government of Peru apologizes for the 1985 Accomarca massacre

Thirty-seven years after the massacre that occurred in Accomarca, Ayacucho, in southeastern Peru, where the army killed 69 people, the remains were handed over to their families in a heartfelt ceremony where the Prime Minister, Aníbal Torres, stated that "never again will the State must mourn our families. 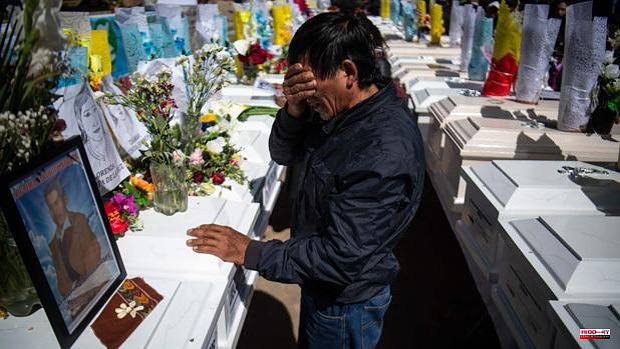 Thirty-seven years after the massacre that occurred in Accomarca, Ayacucho, in southeastern Peru, where the army killed 69 people, the remains were handed over to their families in a heartfelt ceremony where the Prime Minister, Aníbal Torres, stated that "never again will the State must mourn our families.

“Never again must events like those that occurred in Accomarca occur, where extrajudicial executions and forced disappearances were a means of combating terror in our country. Never again must the State forget that its ultimate goal is the defense of the person and his dignity," said Torres during the delivery ceremony for the remains.

“37 years ago, military patrols from the Vilcashuamán base entered Accomarca, acting outside the law, with cruelty and brutality, against civilians.

It was a few soldiers, not all the soldiers. Not all are of that ilk," explained the prime minister.

"We are honoring the memory of the women, men, boys and girls who died on August 14, 1985 when violence and horror mourned more than 70 families, who find as much as possible a little peace with the restitution of the remains of their loved ones, "said Torres in the Accomarca square in front of the coffins.

"One cannot trust a woman, an old man or a child," Lieutenant Telmo Hurtado told the judiciary when he was questioned and later convicted of directing the Accomarca massacre. It is for this reason that he is known by the nickname 'The Butcher of the Andes'. After the massacre, he fled to the United States, from where he was extradited in 2011.

On August 14, 1985, a group of soldiers led by Lieutenant Telmo Hurtado, went to Accomarca to put an end to a supposed center where the Shining Path terrorist group was developing a training center; On the first day, inside a hut they killed sixty-nine people, of whom twenty-six were minors. The youngest of all the victims was a 3-month-old baby. Then they threw grenades so that there would be no trace of the murder.

The month after the massacre, Telmo Hurtado ordered them to return to kill possible witnesses, and his team killed seven more people. Until the end of the internal armed conflict in the year 2000, they killed three people; It is for this reason that 80 bodies were restored, of which only 37 complete bodies were recovered. The rest are ossuaries.

The delivery of the bodies was carried out by the Public Ministry between May 17 and 20. In a symbolic way, the coffins of the minors had toys on top to remember that they were victims of a massacre during the internal armed conflict where the peasants were between two fires.

The burial took place in an improvised cemetery that has been built where the Accomarca military base used to be.

The General Secretary of the National Human Rights Coordinator, Jennie Dador, told the ABC that "the request for forgiveness from Prime Minister Anibal Torres, although it is a symbolic reparation, does not translate into giving them dignity and different living conditions in Accomarca, which remains forgotten by the state.

«It was a massacre without a name: it ended with, in quotes, the youngest terrorist in human history, a 3-month-old baby. The army killed children, pregnant women, and raped women. To this day, the armed forces do not apologize for what happened, "explained Dador.

“The Government of Pedro Castillo is not committed to human rights because we are seeing that in each of the protests or demonstrations deaths occur due to the excessive use of force because the right to protest is not recognized. The victims have not been repaired with the necessary speed, "concluded Dador.

1 The Government maneuvers to save the public pension... 2 The list of Spanish businessmen and politicians who... 3 The warning from the Bank of Spain so that the Treasury... 4 Rakuten challenges Amazon and launches a 30% cash... 5 Lagarde points to July for the first rate hike and... 6 Two out of three self-employed plan to raise their... 7 1,000 waiters and cooks are sought for the summer... 8 Brussels warns Spain of the end of the free spending... 9 The challenge of harnessing the sustainable seam of... 10 Technology comes into play at the time of the vindication... 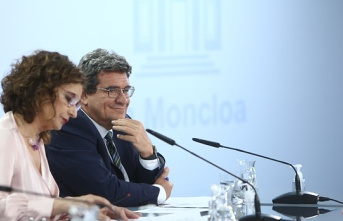 The Government maneuvers to save the public pension...