In Colombia, polls are like witches: nobody believes in them, but there are. 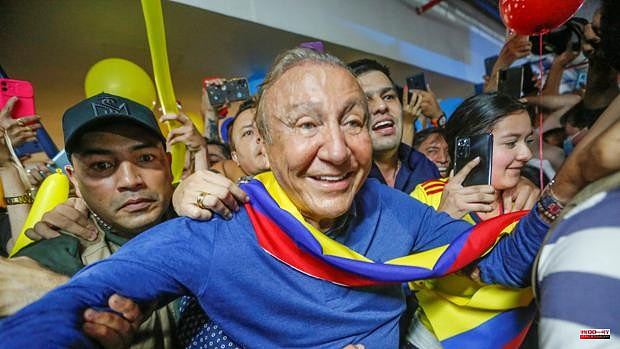 In Colombia, polls are like witches: nobody believes in them, but there are. And everywhere they scare, as happened on Friday with the latest published prior to the closing of the campaign this Sunday. The scare does not come from the hand of a greater intention to vote in favor of the candidate who leads the polls and promises a structural change, Gustavo Petro, always above 40%, but from the unknown as to who will dispute the presidency of the former mayor of Bogotá in a very possible second round on June 19.

The country took it for granted, as did the candidate Federico Gutiérrez, that the fight for the House of Nariño would be between his right-wing candidacy –supported by the Democratic Center, in government; the Conservative Party, the Christian Mira, Radical Change and what is called the 'establishment'- and the Human Pact, a leftist coalition of all shades led by Petro.

But the most recent polls agree that it is Rodolfo Hernández, an outsider or an outsider in big league politics, who is gaining favor and could snatch "Fico" that ticket to a second round. The political country is perplexed.

The figures from the pollsters agree on two things: that Petro maintains the lead with an intention always hovering around 40%, and that Rodolfo Hernández, former mayor of Bucaramanga, the fifth most important city in the country, has grown steadily in voting intention as leader of the League of Governors Anti-Corruption coalition.

The Guarumo/Analítica pollster gives Petro 37.9%, Federico Gutiérrez maintains it at 30.8% and Hernández places him in third place with 20.3%, with the difference that his voting intention has increased by more than seven points compared to the April poll. The National Consulting Center also projects a similar scenario, where Petro would have 41%, and Hernández 21.9%, with an increase of 12% compared to the April survey, where he obtained a modest 9.6%. And in the Invamer survey, Petro drops to 40.6%, Gutiérrez rises very little to 27.1% and Hernández jumps again to 20.9% compared to 12.9% in April.

At this point, no one thought that Hernández would gain so much momentum, with the possibility that many undecided voters, who are around 14%, could tip the balance in favor of "the old man", as they call Hernández (1945), and thus arrive to the second round against Petro, to whom all the pollsters assure that he will not win the presidency on May 29, but has many options to reach the Casa de Nariño after the second round on June 19 if the contender were another and not Hernández, who would only be ahead in such a scenario with a 5% difference. A very volatile margin in this country and in any election.

And that is where the fear of what the polls predict arises again: what if the change comes from the hand of Hernández, about whom little is known and who has also shown little knowledge of the country? Is it enough to be the anti-corruption spokesman and present himself as a man of industry, a millionaire and the one who finances his campaign to be president? Apparently, thousands of Colombians would give their punishment vote to traditional politics, be it right or left, to opt for a true unknown. Even Íngrid Betancourt decided on Friday to abandon her presidential aspirations, which did not even have 1% of voting intentions, to join Hernández's cause, arguing that he is the only one who can "defeat the system" and fights against corruption.

However, the Colombian justice is investigating him precisely for accusations of corruption during his mayoralty (2016-2019), from which he retired before completing his term. According to the Prosecutor's Office, today's presidential candidate influenced the granting of a consulting contract that was structured with false documents and that would mean a millionaire commission for Hernández's son. On July 21, the final phase of the criminal process that the Prosecutor's Office and the Attorney General's Office have against Rodolfo Hernández for improperly entering into contracts begins. Only until then will Colombians know if the former mayor or the president-elect is running.

1 Maduro demands to release his wife's nephew to... 2 Almost two million refugees have already returned... 3 Olena Zelenska, Ukrainian first lady: "No one... 4 The legalization of repression in Cuba 5 The Government of Peru apologizes for the 1985 Accomarca... 6 The Government maneuvers to save the public pension... 7 The list of Spanish businessmen and politicians who... 8 The warning from the Bank of Spain so that the Treasury... 9 Rakuten challenges Amazon and launches a 30% cash... 10 Lagarde points to July for the first rate hike and... 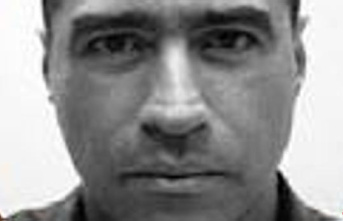 Maduro demands to release his wife's nephew to...