The US plans to send refugees from the Americas to Spain

The US hopes that Spain will agree to receive refugees from the American continent at a time when its southern border with Mexico is experiencing a historic increase in the arrival of immigrants seeking asylum. 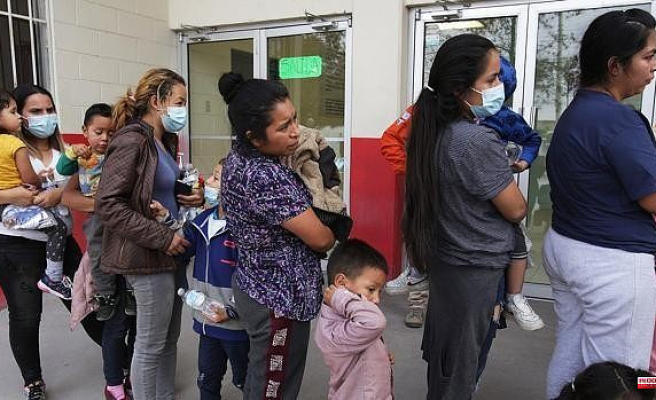 The US hopes that Spain will agree to receive refugees from the American continent at a time when its southern border with Mexico is experiencing a historic increase in the arrival of immigrants seeking asylum. According to 'Axios', the Joe Biden Administration hopes that the Government of Pedro Sánchez will accept the relocation of refugees and that the decision will be announced next week at the Summit of the Americas, the meeting of heads of government of the continent that is being held in Los Angeles.

Spain was invited last month to participate in the summit, whose preparation is being shaken by the non-invitation of the leaders of Cuba, Venezuela and Nicaragua, and which has been answered with veto threats by countries with leftist governments such as Mexico and Argentina.

One of the priority issues of the meeting for the US is to deal with the management of the flows of undocumented immigrants in the region.

The plans for sending refugees to Spain are in internal documents to which the US media has had access and the negotiations were also acknowledged to Reuters by anonymous US government sources.

According to those documents, the number of refugees that would arrive in Spain would be "modest" but "with symbolic importance." There are no indications at the moment if these refugees will belong to specific countries within the continent.

Within these efforts, the US also seeks Canada to increase the number of refugees it currently accepts, in addition to a new work program for immigrants from Haiti, a country from which the number of emigrants to the territory has skyrocketed. American in recent years.

In the case of Spain, the negotiation also includes that the Sánchez government "double or triple the number of temporary workers from Central America that it currently receives through an immigration labor program," according to 'Axios'.

Last week, the United States and Spain inaugurated a working group on Central America, led by the Secretary of State for Ibero-America and the Caribbean, Juan Fernández Grigo, and the Assistant Undersecretary of the Office for Western Hemisphere Affairs of the State Department of USA, Emily Mendrala. Among the issues discussed were "the challenges posed by forced displacement and illegal migratory movements in and from Central America," according to the Spanish Ministry of Foreign Affairs.

1 Students who pass from one course to another with... 2 An accident on the M30 collapses Madrid early in the... 3 The letter that Felipe VI left to the University of... 4 Castilla y León criticizes the discretion of the... 5 A new shooting in the US leaves four dead in a Tusla... 6 The US plans to send refugees from the Americas to... 7 The error with the Income statement that can cause... 8 The Reina Sofía responds to criticism for the photo... 9 Unemployment is reduced by 99,512 people and falls... 10 A 51-year-old cyclist dies after colliding with an... 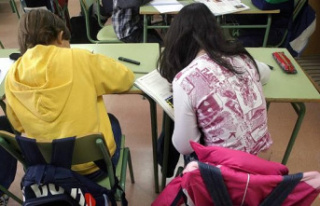 Students who pass from one course to another with...