With the call to the polls just around the corner in Andalusia, the Government of Pedro Sánchez returns to take out the checkbook destined for territory with an electoral appointment. 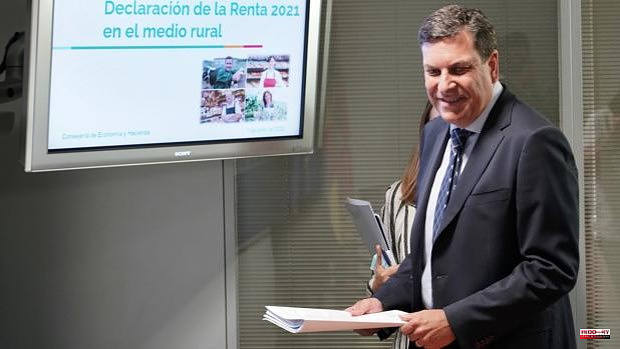 With the call to the polls just around the corner in Andalusia, the Government of Pedro Sánchez returns to take out the checkbook destined for territory with an electoral appointment. It is not the first time and, from the Junta de Castilla y León, they disfigure the central Executive that "certain political discretion in the use of funds that belong to all Spaniards." This was censured yesterday by the Minister of Economy and Finance and spokesman, Carlos Fernández Carriedo, who demanded "equality and fair treatment" for "all" the territories.

And it is that there are already several occasions in which Castilla y León observe this discrimination, said Carriedo, who recalled that once again via the same Ministry of Labor a decree law was approved with "specific amounts" for "some" autonomous communities , among which Castilla y León was not, despite the fact that they were also linked to depopulation.

It was also made, he criticized, without public announcement or participation of the communities and, in addition, two of the four beneficiary autonomies are governed by the foral regime (Basque Country and Navarra).

Thus, Carriedo, without wanting to fully assess the moment in which the Government of Sánchez has announced aid for 79.4 million euros to Andalusia three days before the electoral campaign starts, reproached that "it uses the funds that are of all Spaniards with criteria of opportunity or territorial decisions depending on each of the circumstances». He already did it in February, when, trying to give the PSOE a cape, six days before the voting in Castilla y León, the central Executive approved one billion euros for agribusiness. “We have always demanded equal treatment for all the territories and we also do so on this occasion,” the Board spokesman stressed.

On the other hand, Carriedo considered it "positive" that the Government "is beginning to realize" that the situation of hyperinflation "is not" due to a "temporary" situation. On the contrary, he stressed, to what the Sánchez Executive defended, that it was based on “a hypothesis that was wrong”, defending that the rise in costs was going to last a short time and that “in a few weeks it was going to be possible to redirect the situation ». Over time, he pointed out, it has become clear that it is not and that structural actions are required. For this reason, he appreciated that the central Executive is already considering the extension of the measures adopted to deal with the rise in prices, although he pointed out that "it would be good" that "not only" be limited to approving the "mere" continuity of the actions already underway, but also make a "reflection" on whether "they are adequate" since "there are many sectors that have been left without support" and on which more can be incorporated.

Among these measures to add, the counselor insisted on demanding a tax cut for all citizens "that allows them to help them make ends meet." A measure, he recalled, that several autonomous communities are calling for and that was agreed upon at the Conference of Presidents.

A tax reduction that, Carriedo stressed, is part of the measures approved in Castilla y León, with a vocation for permanence. This was pointed out in the presentation of the aid campaign to comply with the Income Statement for which the Board will maintain open taxpayer service offices in 81 rural municipalities in which the Tax Agency does not have offices. For this campaign, corresponding to accountability with the Treasury for the 2021 financial year, the Community maintains 20 regional tax deductions and for next year it plans new ones, which will allow Castilla y León to be the region with the second type of personal income tax lower.

1 A new shooting in the US leaves four dead in a Tusla... 2 The US plans to send refugees from the Americas to... 3 The error with the Income statement that can cause... 4 The Reina Sofía responds to criticism for the photo... 5 Unemployment is reduced by 99,512 people and falls... 6 A 51-year-old cyclist dies after colliding with an... 7 They investigate six people for stealing forty competition... 8 The first Canarian hotel opens in Thailand, with 30... 9 Unemployment falls in Castilla-La Mancha with 6,142... 10 Eleven slightly intoxicated by smoke inhalation in... 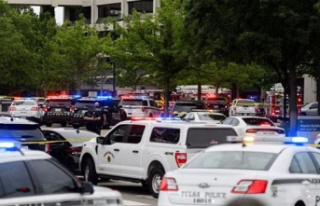 A new shooting in the US leaves four dead in a Tusla...