The photos of Mick Jagger during his visit to Madrid before the Rolling Stones concert at the Wanda Metropolitano have caused endless sensations among the people of Madrid, who did not expect the rock star among the trees of the Retiro Park or in the bars From the capital. 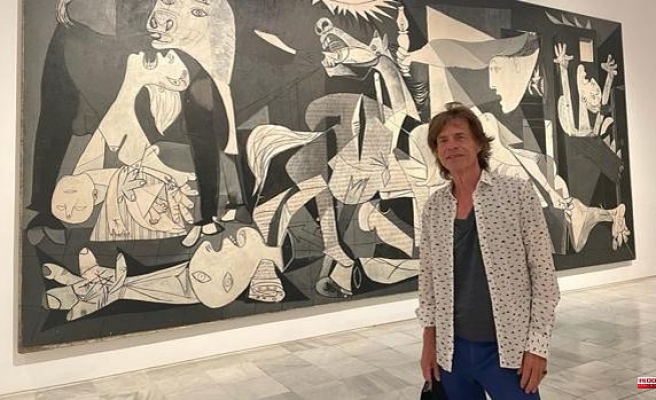 The photos of Mick Jagger during his visit to Madrid before the Rolling Stones concert at the Wanda Metropolitano have caused endless sensations among the people of Madrid, who did not expect the rock star among the trees of the Retiro Park or in the bars From the capital. However, one of them has raised blisters and has even forced the Reina Sofía Museum to give explanations.

It is the photo of the singer next to the painting of Guernica. Jagger took the opportunity to visit the Reina Sofía last Tuesday, precisely when the museum remains closed to the public, and posed next to the famous painting when the rules of the art gallery expressly prohibit it, which has caused public complaints.

From the Reina Sofía they have explained to Europa Press that the reasons for not allowing photos in front of the painting is "the quality of the visit" and not others related, for example, to image rights.

Thus, the aim is to avoid crowds and other types of behavior that would reduce the "quality" of the visit, they argue from the museum, clarifying that it is not a matter of the state of conservation of the work. In addition, they remember that in recent times the hand has been opened in this aspect - there are multiple images of visitors next to the painting - and that it is "practically a recommendation".

However, this contradicts the written regulations that the museum itself has on its website, where it is explained that "it is allowed to take photographs without a flash, without a tripod, without a mobile phone pole or any other stabilizing element for cameras in all venues , except where otherwise indicated. In this sense, it specifies that “it is not allowed to take photographs in the entire room 206 (Guernica). Nor is it possible for visitors to take professional and/or private photographs in the Museum outside of museum activity, or to record images.

This is not the first time that controversy has broken out with a famous visitor. Already in 2016 the actor Pierce Brosnan was also involved in a similar situation for a photo uploaded by the museum itself.

At that time, due to the complaints, the Reina Sofía made public a statement on its Facebook profile in which it apologized for the discomfort of the users, explaining that the controversial photograph was "a communication action" like "many other similar ones carried out throughout the history» of the museum.

1 Unemployment is reduced by 99,512 people and falls... 2 A 51-year-old cyclist dies after colliding with an... 3 They investigate six people for stealing forty competition... 4 The first Canarian hotel opens in Thailand, with 30... 5 Unemployment falls in Castilla-La Mancha with 6,142... 6 Eleven slightly intoxicated by smoke inhalation in... 7 Almost 5,000 Castilians and Leonese leave the unemployment... 8 The Champions Burger 2022 in Valencia: dates, location,... 9 The PP of Castilla-La Mancha would obtain 14 deputies... 10 The daughter of the leader of the network that exploited... 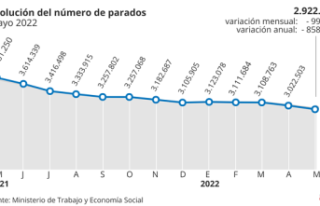