The Minister of Education, Rocío Lucas, was optimistic yesterday with the “on time” edition of the Baccalaureate textbooks and blamed this situation on the delay in sending the drafts of the new curricular design to the Ministry of the branch. 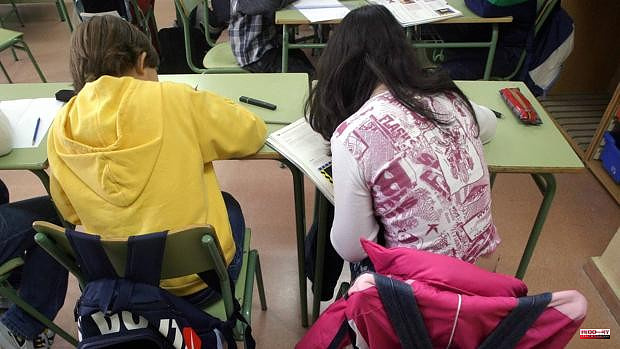 The Minister of Education, Rocío Lucas, was optimistic yesterday with the “on time” edition of the Baccalaureate textbooks and blamed this situation on the delay in sending the drafts of the new curricular design to the Ministry of the branch. "I never tire of repeating in all the sectoral conferences that the implementation of the new curriculum should have been delayed for a year," she said at the opening of the 'Agora Conference' of the Telefónica Profuturo-Upsa Chair at the Pontifical University of Salamanca . She there she recalled that from the Ministry of Education "they promised that they would be in December" and, however, "they have not arrived until April." “We have taken out the drafts from Castilla y León as quickly as possible, as soon as we could,” she acknowledged before clarifying that before receiving them they could not “do anything” either, since they are only responsible for 40 percent of ministerial powers.

On the other hand, the Ministry yesterday published an instruction, made available to teachers, with tools to facilitate the evaluation work and decisions on the promotion and qualification of students after the last regulatory change, establishing that they will pass the course "automatically". » Secondary students who have two or fewer subjects with a negative evaluation.

In addition, within the powers of the Board in this chapter, very restricted by the provisions of the Law, the "recommendation" is included that if there is not a unanimous consensus when awarding the Secondary degree, the decision is adopted by majority of two-thirds of the teachers who teach the student, an aspect for which aspects such as continued attendance, effort or final tests can also be taken into account. All this means that it may be the case, as contemplated by the national norm, that there are those who achieve the degree with more than two suspended subjects. In any case, and according to the instruction, students who pass from one course to another with a failed subject "will follow reinforcement plans established by the teaching team", which will adapt it "to the needs of the student at different times of the course" .

These guidelines will apply to all educational levels in the 2021-2022 school year and for peer courses in the 2022-2023 school year, as reported by the Ministry of Education through a statement sent to Ical.

In Primary Education, first, third and fifth grade students will go on to the next year automatically. It will be in the second, fourth and sixth when the teachers will collectively adopt the promotion decisions at the end of the school year. In any case, the repetition will be "exceptional" and may only occur once in each stage.

1 An accident on the M30 collapses Madrid early in the... 2 The letter that Felipe VI left to the University of... 3 Castilla y León criticizes the discretion of the... 4 A new shooting in the US leaves four dead in a Tusla... 5 The US plans to send refugees from the Americas to... 6 The error with the Income statement that can cause... 7 The Reina Sofía responds to criticism for the photo... 8 Unemployment is reduced by 99,512 people and falls... 9 A 51-year-old cyclist dies after colliding with an... 10 They investigate six people for stealing forty competition... 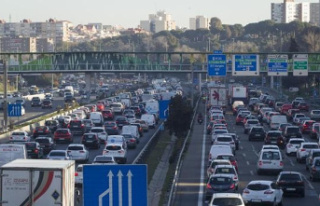 An accident on the M30 collapses Madrid early in the...