The 2021-2022 Income Statement campaign faces its last weeks and many Spanish taxpayers may rush until the last moment to present this annual procedure. 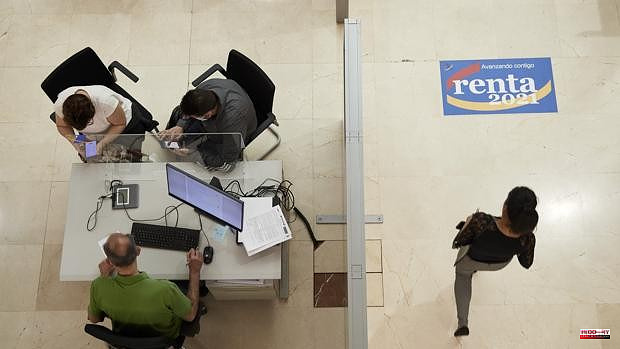 The 2021-2022 Income Statement campaign faces its last weeks and many Spanish taxpayers may rush until the last moment to present this annual procedure.

However, it is essential that those people who are obliged to do their personal income tax (those whose income from work exceeds 22,000 euros per year) do not forget and do it correctly, since the Treasury has prepared a battery of sanctions, for those They make a mistake or don't turn it in on time.

In fact, as confirmed by the TaxDown tax experts, taking into account the data from a study carried out by the N26 mobile bank, making mistakes in the Income Statement can mean that families lose the accumulated savings of 2021, which was 252 euros per month, that is, approximately 3,000 euros per year.

One of the most recurrent sanctions is that for not submitting personal income tax on time, in which two scenarios are opened. In the event that the income statement goes out to pay, the taxpayer will have to pay the result and a fine. According to the tax experts of the Spanish startup, the penalty consists of the payment of between 50% and 150% of the total debt, a charge that can increase if the Treasury considers that it has suffered economic damage or if this is already It has happened on other occasions. In the event that a person pays 1,250 euros, he may end up having to pay up to 3,125 euros, that is, an amount greater than the average savings of families.

On the other hand, there are people who go out to return them and do not present it, either due to ignorance or simple idleness. From TaxDown it is recalled that this practice also carries a penalty, which could reach 200 euros. Consequently, if the refund is less than this fine, it could happen that a taxpayer who was positive at first, will now pay.

The review period by the Tax Agency of tax procedures for personal income tax can be extended by 4 years. For this reason, even if the 2021 campaign is over, the Treasury has until 2026 to notify you of the mistakes made in this management. If during this time the officials of the public body detect that a person should have submitted the personal income tax and has not done so, they will be sent a request. Likewise, a sanctioning procedure will be initiated, which will have different consequences depending on whether the fiscal management went out to pay or to return.

Despite this, there is a way to reduce this type of fines as much as possible and that is to present the declaration before the Treasury sends you the request, known as the "letter of fear". If a person motu proprio sends the IRPF after the deadline and goes out to pay, the fine will depend on the time it has taken. In such a way that, if it is sent in the month of July, an interest of 1% will be charged, in August of 2%... and so on month by month, so it is important to leave it done as soon as possible so that the interest does not continue to grow.

“There is still a month left for the income tax declaration campaign to come to an end, for which Spanish taxpayers still have time to present this annual procedure and avoid any possible sanction by public bodies,” says Enrique García Moreno, CEO and Co-Founder of TaxDown, and adds that "for all those lagging behind, there is still time to make the rent and TaxDown is the best ally to get you to return, since it applies all possible regional deductions " .

1 The Reina Sofía responds to criticism for the photo... 2 Unemployment is reduced by 99,512 people and falls... 3 A 51-year-old cyclist dies after colliding with an... 4 They investigate six people for stealing forty competition... 5 The first Canarian hotel opens in Thailand, with 30... 6 Unemployment falls in Castilla-La Mancha with 6,142... 7 Eleven slightly intoxicated by smoke inhalation in... 8 Almost 5,000 Castilians and Leonese leave the unemployment... 9 The Champions Burger 2022 in Valencia: dates, location,... 10 The PP of Castilla-La Mancha would obtain 14 deputies... 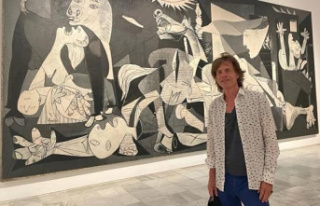 The Reina Sofía responds to criticism for the photo...