A gunman killed four people on Wednesday at a hospital compound in Tulsa, Oklahoma, police said, in a new shooting that shocks a United States still reeling from the shooting at a school in Texas last week. 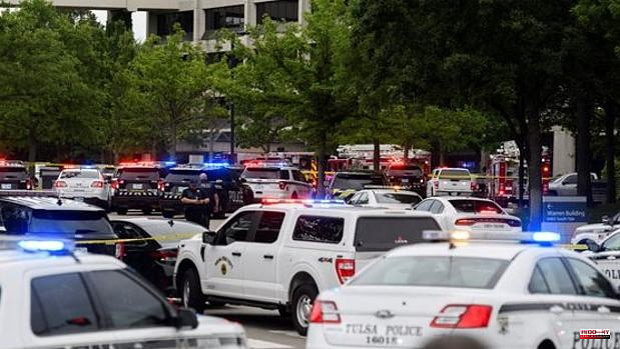 A gunman killed four people on Wednesday at a hospital compound in Tulsa, Oklahoma, police said, in a new shooting that shocks a United States still reeling from the shooting at a school in Texas last week.

The suspect, who was armed with a rifle and a handgun, was killed in the shooting at the Saint Francis Hospital complex in Tulsa, police said.

“We have four dead civilians, we have the shooter who is dead, and we believe he committed suicide,” Tulsa Police Department Deputy Chief Eric Dalgleish said.

The author of the murders, who has not yet been identified by the authorities, is a black man between 35 and 40 years old, the police official added.

The motive is unknown, but City Councilor Jayme Fowler assured the CNN channel, the assailant was looking for a doctor who worked instead.

The agent indicated that police officers responded immediately after emergency calls that warned of the break-in of a shooter on the second floor of a clinic adjacent to the hospital.

Police "heard gunshots in the building" upon arrival, Dalgleish said, noting that officers searched the building floor by floor and room by room to clear the site while the shooting was still considered active.

Earlier, police captain Richard Meulenberg said officers described the scene as "catastrophic," with "several" people shot with "multiple injuries." It is not yet known how many people were injured.

Dalgleish noted that the assault, from the moment of the emergency calls to the intervention of the agents, lasted about four minutes.

(Will continue to expand)

1 The US plans to send refugees from the Americas to... 2 The error with the Income statement that can cause... 3 The Reina Sofía responds to criticism for the photo... 4 Unemployment is reduced by 99,512 people and falls... 5 A 51-year-old cyclist dies after colliding with an... 6 They investigate six people for stealing forty competition... 7 The first Canarian hotel opens in Thailand, with 30... 8 Unemployment falls in Castilla-La Mancha with 6,142... 9 Eleven slightly intoxicated by smoke inhalation in... 10 Almost 5,000 Castilians and Leonese leave the unemployment... 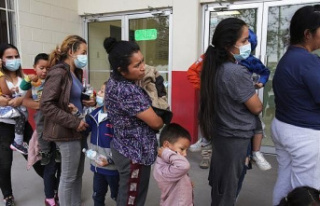 The US plans to send refugees from the Americas to...