An accident on the M30 collapses Madrid early in the morning

Citizens who tried to get to work by car early this morning have been surprised by an unusual traffic jam that has caused chaos on Madrid's roads, which at this time are still very congested. 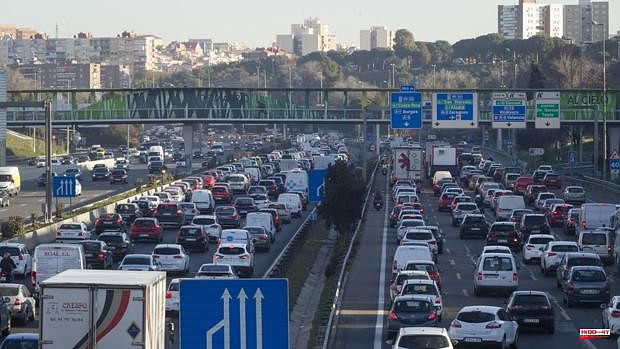 Citizens who tried to get to work by car early this morning have been surprised by an unusual traffic jam that has caused chaos on Madrid's roads, which at this time are still very congested.

Minutes after 6:30 in the morning there was an accident on the m30 that forced two lanes to be cut off, causing unusual long delays.

The accident took place in the Parque de las Avenidas area and two left lanes of the central outer road in the A-1 direction were cut off. The latest updates from the Madrid Mobility Management Center have reported after 8 in the morning that the accident is still ongoing and that in addition to the two lanes cut, the Baipás tunnel in the A-1 direction has also been cut.

Traffic has been diverted through the South Nude of the capital, but the usual peak hour traffic jams have been greatly intensified.

Although the traffic at that time begins to intensify at the entrances to the capital and through the streets of Madrid and m30, it is not until rush hour when the retentions are greater. In the case of this Thursday, the accident has turned the m30 into a mousetrap and has extended the retentions to the access roads to the city.

Exterior light panels on the m30 recommend avoiding the dual carriageway and diverting cars onto the m40.

1 The letter that Felipe VI left to the University of... 2 Castilla y León criticizes the discretion of the... 3 A new shooting in the US leaves four dead in a Tusla... 4 The US plans to send refugees from the Americas to... 5 The error with the Income statement that can cause... 6 The Reina Sofía responds to criticism for the photo... 7 Unemployment is reduced by 99,512 people and falls... 8 A 51-year-old cyclist dies after colliding with an... 9 They investigate six people for stealing forty competition... 10 The first Canarian hotel opens in Thailand, with 30... 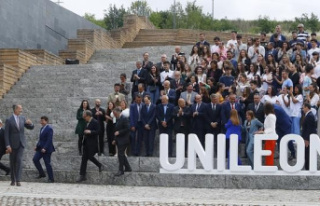 The letter that Felipe VI left to the University of...