The Archaeological Museum of Alicante opens the new international exhibition «The Atlantic Warrior. 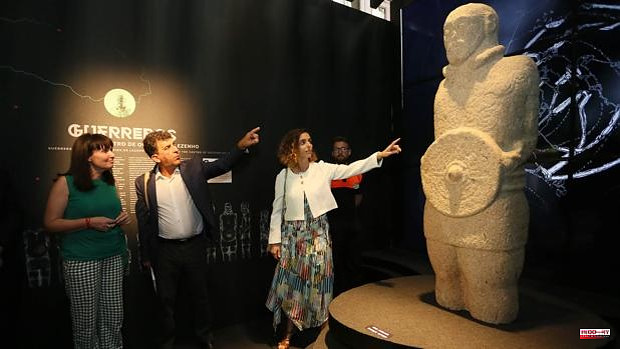 The Archaeological Museum of Alicante opens the new international exhibition «The Atlantic Warrior. Symbols of Power? organized in collaboration with the National Museum of Archeology of Portugal, coinciding with the International Museum Day (DIM). The exhibition, inaugurated by the first vice president and deputy for Culture, Julia Parra, brings together for the first time a set of three pieces declared a National Treasure of Portugal, which are on display for the first time until October 23 in the Sala Noble of the museum's Library Alicante.

The head of Culture has confirmed the holding of three open days on the occasion of the DIM that will take place today and next weekend, with extended hours that will last until 10:00 p.m. on Saturday.

Julia Parra has invited people from Alicante and visitors to approach the MARQ and all the museums and cultural centers of the Diputación «to enjoy significant exhibitions such as 'Gladiadores. Heroes of the Coliseum' and 'The Atlantic Warrior'.

On behalf of the Portuguese museum, the museologist-head of Inventory and Collections, Patricia Santos Batista, conveyed the words of Carvalho who recognizes the prestige of the MARQ "as a benchmark in museology and archaeological research in Spain and the Iberian Peninsula" and the solid relationship established from the exhibition «Ídolos» and the exhibition in Lisbon of the «Lucentum Bronze Hand».

"The Atlantic Warrior. Symbols of Power? brings the visitor closer to the castro communities that emerged in the last stage of the Bronze Age, between the end of the s. IX and early VIII BC, driven by an exceptional explosion of metallurgical activity in Europe. However, the Galician warriors, also represented in the MARQ exhibition, belong to a modern sculptural tradition, close to the s. I AD, and linked to a strong Romanization process in the northwest of the Peninsula.

The famous Galician Warrior of Castro Outeiro de Lezenho is part of the exposed archaeological complex; a granite sculpture of a Boar, from Olival dos Berrões, in Cabanas de Baixo; and the extraordinary Torque de Vilas Boas that is exhibited for the first time outside of Portugal. 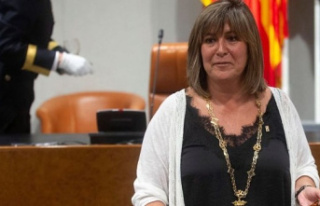 The Prosecutor's Office asks to file the investigation...