Pablo Laso: "I believe a little in 'déjà-vu'"

The coach of Real Madrid, Pablo Laso, stated this Wednesday that being in the Final Four in Belgrade speaks highly of his team, at the same time as he assured that he believes in 'déjà vus', remembering the title that the white team won in 2018 also in the Serbian capital. 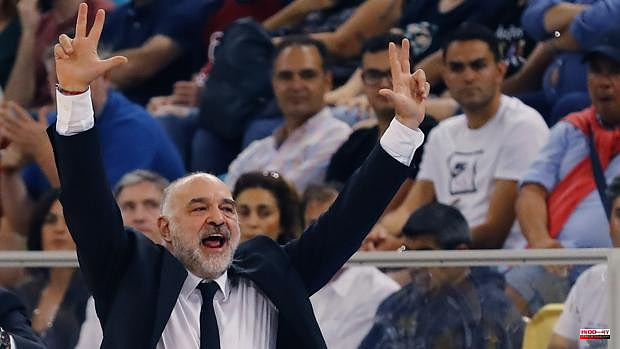 The coach of Real Madrid, Pablo Laso, stated this Wednesday that being in the Final Four in Belgrade speaks highly of his team, at the same time as he assured that he believes in 'déjà vus', remembering the title that the white team won in 2018 also in the Serbian capital.

“They are different years and different teams. I have already said it before, for me it is always a pleasure to come to this city to play. It is a pleasure to be in this Final Four. He speaks highly of my team, my organisation, my players... I believe a bit in 'déjà-vu'", Laso confessed when asked about Real Madrid's last European trophy, won in 2018 in Belgrade, in statements during the official press conference of the Euroleague F4.

The Whites' rival this Thursday will be Barça, in what will be the seventh match against Jasikevicius' men this season, with a record for Laso's men of one win and five losses. “It is a new and different match, we have played many times, but each match is different. It is a big game all over the world. The players will grow. Anything can happen. I wouldn't be happy if we won the last eight games and I wouldn't be sad if we lost the last eight," he explained.

«As a coach, we have won both games against Barcelona in the Final Four, it is history and it is over, for good and for bad. They are different games and there is more noise outside the game than in the game itself. It's basketball, you want to win, but we understand that the noise around it is greater in a game like the Classic », he described everything that surrounds the clash.

Laso, who acknowledged being "focused" only on tomorrow's game, faces this Thursday (9:00 p.m.) against Barça his seventh Final Four as Real Madrid coach "at a good time." “We did not arrive at our best moment of the season. The best was before Covid until December, the team had 3-4 months of solid and continuous play, with everyone contributing. There we had the greatest sense of solidity », he said.

“I make decisions from the first training session in September. I don't know if they are good or bad. We were very solid against Maccabi, we played very well, and we deserved to go through. We are focused on tomorrow's game, not on what has happened before", commented the series of the white team, which opts in Belgrade to lift its third Euroleague with Laso on the bench, against the Israeli team (3-0).

Laso also had good words for Edy Tavares, highlighting his relevant role in this campaign. «I am very happy for his career, he has shown magnificent humility, he is a key player for us. If we didn't have Edy we probably wouldn't be here and that speaks highly of him. I am very proud to train him », he pointed out about the center.

Finally, he referred to former Madrid player Luka Doncic, now a player for the Dallas Mavericks, the team with which he will play in the West final of the NBA Playoffs. «He is a good player, but above all he is a great person and that makes him very great. I have no doubt that he will play well, because he is able to adapt to any situation. I am very happy for him », he settled.

For his part, the coach of Barça, Sarunas Jasikevicius, reiterated that in the semifinal of the Final Four of the Euroleague this Thursday against Real Madrid they must equal the "hunger" of the white team, which they have overcome in their last duels, and "know how to react" to what may happen in this European Classic.

“We hope to start well, but the game lasts 40 minutes. We will have to know how to react, it is a bit like a Cup match, in a different pavilion, ”said the Blaugrana coach at a press conference from the Stark Arena in Belgrade (Serbia), venue of this Final Four.

He also asked his players to know how to be ready to face any scenario. "We have to be ready for the challenge, we can't be less hungry for having beaten Madrid a couple of times, it's another game in a different situation," he said.

For the Lithuanian coach, this game is special “from any angle you can look at it”. «A Clásico between Barça and Madrid is a great match, and even more so if it is a Euroleague Final Four semifinal. But it doesn't matter if it's a Clasico, both teams are here to achieve the goal of reaching the final. I hope we are ready for it », he encouraged his people.

At the moment, in the Regular Phase, the two duels fell on the Blaugrana side (68-86 and 93-80). "I don't think you can forget what happened, you have to learn from it. But as soon as the ball is thrown up, you're 0-0 and it's a new game. We have to take into account what we did well and what we didn't, but it's a new story", clarified 'Saras'.

«In these games there are many ups and downs, normally, and you have to know how to endure the bad moments and go for more in the good ones. It's a new game, a new story, and you have to be very strong mentally for the 40 minutes”, he concluded. 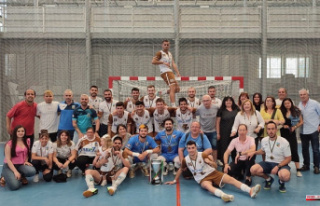 Zierbena is proclaimed champion of the Basque Cup