Alusigma Peñota Dental continues to be successful wherever it goes. 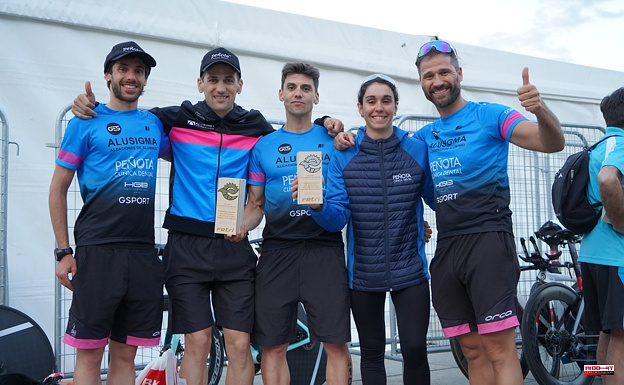 Alusigma Peñota Dental continues to be successful wherever it goes. In just over five years, the Portuguese team has become a true reference in both duathlon and triathlon. From the beginning they have not stopped achieving victories, but they also show great ambition by progressing over time, breaking their own barriers. In recent months, they have exceeded all expectations with a more than creditable second place in the highest duathlon league category and winning a total of five Spanish Championships.

This recently created club -2017- was soon at the top of its competitions. Since then, it has not stopped rising with important triumphs at the national level. However, "this is the year that we have started the best," says Pablo García, general manager of the team. In the first place, they have won a creditable second place in their debut in the Men's First Division of Duathlon. In addition, "we were going to win the league, but a disqualification in a race left us without options," says the coordinator.

That has only been the beginning, since their performances in the tests that awarded national titles have been outstanding. They have raised, nothing more and nothing less, than five Spanish Championships. Two of those championships are also embedded in the duathlon league. One of them is a team time trial held in Alcobendas and the other is a similar test, although in relay, which took place in La Nucía. "These are the most important team events in Spain," highlights Pablo García. They did not escape.

However, these milestones are not only reserved for the men's section. The club has 25 boys and only thirteen girls, making it "much more complicated" for them to win these distinctions in the women's section. In addition, luck has not smiled on them this year either. In Soria they could not revalidate the title because one of those summoned tested positive for Covid. In Girona, where the test is similar to an Ironman, "we don't have enough equipment and it jeopardized us for the rest of the season," says Pablo García. That is why all their cards were played for the Spanish Middle Distance Triathlon Championship. The result: a more than meritorious silver that the coordinator considers "a super important achievement."

1 Russia closes CBC Moscow bureau 2 DIRECT. Giro 2022: the 11th stage for Dainese, Carapaz... 3 Brussels urges EU countries to prepare for Russian... 4 U.S. men's and women's soccer teams achieve... 5 Jujubes recalled due to presence of pieces of metal 6 Josh Manson: Not like in his dreams, but almost 7 The Diputación de Alicante allocates 200,000 euros... 8 Greenpeace warns that in Barchín del Hoyo (Cuenca)... 9 Large influx of public in the first Besamanos to the... 10 Puigdemont's salary and right to vote are in... 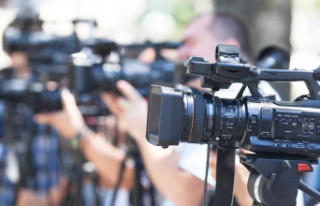