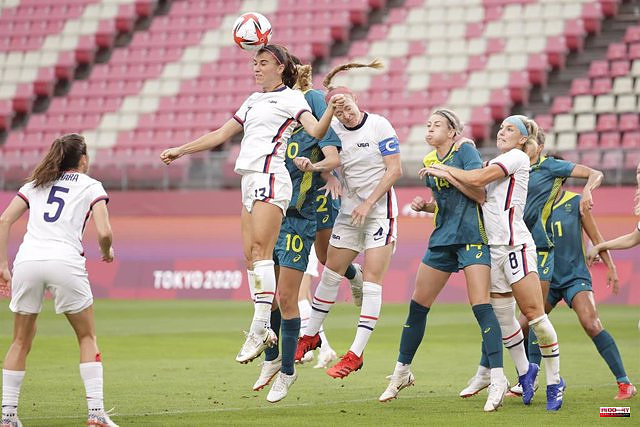 The American men's and women's soccer teams reached equal pay on Wednesday after the agreement between the United States Soccer Federation (USSF), the Women's National Team Players Association (USWNTPA) and the Men's National Team Players Association (USNSTPA). ) for the signing of two new collectives that hope to be "world standard to advance in international football".

As reported by the American Federation, with these two collective agreements, which run until 2028, "they achieve equal pay through identical economic terms." "These financial terms include identical compensation for all competitions, including the World Cup, and the introduction of the same commercial revenue sharing mechanism for both teams," he said.

These historic agreements make the United States "the first federation in the world" to match the cash prizes awarded for participating in the World Cup, and also "improve" other non-economic aspects such as "health and safety, the privacy of data and the need to balance responsibilities to club and country.

In addition, in another historic step for all parties, the federation will share 50 percent between the two teams "a part of its income from broadcasting, partners and sponsorships", and will also pay the internationals "a part of the income " from the sale of tickets for their matches at home and organized by the organization, and a "bonus bonus" in those matches in which the seats are sold out.

"This is a truly historic moment. These deals have changed soccer forever here in the United States and have the potential to change it around the world," said US Soccer President Cindy Parlow Cone, who believes this step will leads "into an incredibly exciting new phase of mutual growth and collaboration" in the quest to make soccer "the predominant sport in the United States."

The leader was "grateful for the commitment and collaboration" of the two national teams and "incredibly proud of the hard work that has led to this moment." "All who care about our sport should share in this pride as we look forward to working together to grow football for generations to come," she added.

For its part, from the players' association, its president and player, Becky Sauerbrunn, considered "the achievements" of this agreement "a testimony of the incredible efforts" of the internationals "on and off the field."

"We hope that this agreement and its landmark achievements will not only provide equal pay but also that the improved training and playing environment for women's national team players will similarly serve as a foundation for the continued growth of women's soccer in both the United States and the United States. United as abroad," he stressed.

Finally, Walker Zimmerman, a member of the players' association, recalled being told that "equal pay for men and women was not possible." "But that didn't stop us and we went ahead and did it. We hope this will make others realize the need for this kind of change and inspire FIFA and others around the world to move in the same direction." .

1 Jujubes recalled due to presence of pieces of metal 2 Josh Manson: Not like in his dreams, but almost 3 The Diputación de Alicante allocates 200,000 euros... 4 Greenpeace warns that in Barchín del Hoyo (Cuenca)... 5 Large influx of public in the first Besamanos to the... 6 Puigdemont's salary and right to vote are in... 7 Schedule and where to watch the Euroleague Final Four... 8 Bee mortality: $12 million claimed to help beekeepers 9 The plane crash in China with 132 victims could have... 10 Carlos Sainz: "My first Grand Prix at home as... 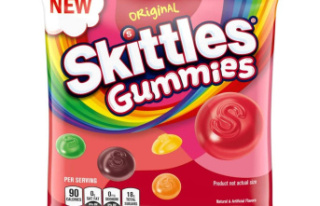 Jujubes recalled due to presence of pieces of metal