The Generalitat awards the Cross of Sant Jordi to Estopa

The Catalan Government has agreed this Tuesday to award the Cruz de Sant Jordi from 2022 to 20 personalities and 10 entities, including the musical group Estopa, the former basketball player of the Spanish national team Laia Palau, the actress Carme Elias, the Laboratorios Hipra, the Dharma Electric Company, the clown 'Tortell Poltrona' and the Gran Teatre del Liceo Foundation. 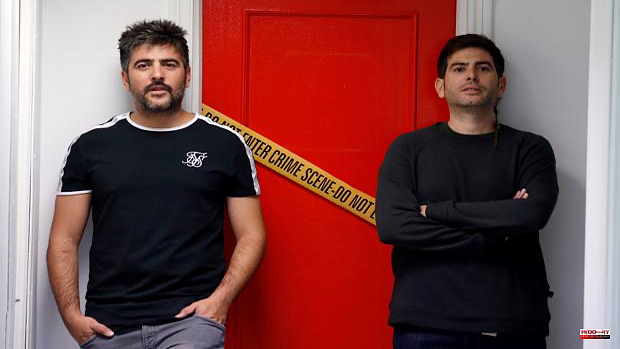 The Catalan Government has agreed this Tuesday to award the Cruz de Sant Jordi from 2022 to 20 personalities and 10 entities, including the musical group Estopa, the former basketball player of the Spanish national team Laia Palau, the actress Carme Elias, the Laboratorios Hipra, the Dharma Electric Company, the clown 'Tortell Poltrona' and the Gran Teatre del Liceo Foundation.

The winners were announced by the spokesperson for the Government, Patrícia Plaja, at a press conference after the weekly Executive Council, in which she highlighted that the Sant Jordi Cross is one of the highest awards given by the Generalitat to people who have provided «outstanding services to Catalonia in the defense of its identity or in the civic and cultural sphere», reports Ep.

As in the last editions of the award, the choice of the winners preserves gender parity and also reflects the diversity of fields in which they work, according to Plaja, and the award ceremony will be held on July 11 at 7:00 p.m. at the Monumental Theater of Mataró (Barcelona).

Among the people awarded this year's Cross of Sant Jordi, Laia Palau has been recognized for her career in elite women's basketball, Carme Elias for "her extensive and recognized career in the world of acting and dubbing", and by Jaume Mateu, known as 'Tortell Poltrona', his contribution to the world of the circus and for renewing the language of the classic clown has been highlighted.

The other distinguished people are one of the founders of Unió de Pagesos Lluís Parés; the engineer Josep Puig; posthumously the sociolinguist Miquel Strubell; photographer Hisao Suzuki; the physicist Lluís Torner; the economist Carme Trilla; the shepherdess Marina Vilalta, and the plastic artist and enameller Andreu Vilasís.

Among the entities, the Generalitat has awarded Laboratorios Hipra for "its involvement in the search for a vaccine against Covid-19 and its commitment to Catalan public health", despite the fact that it is traditionally dedicated to research, production and marketing. of farm animal vaccines.

Estopa, by the brothers David and José Manuel Muñoz, is another of the winners for being "the Catalan group that has sold the most records and for the popularity of its songs with themes rooted in everyday life and with influences from pop, flamenco and Catalan rumba».

The Gran Teatre del Liceo Foundation's "uniqueness as a symbol of Catalan culture" has also been recognized throughout its 175-year history for promoting the operatic genre in society, becoming a benchmark and a meeting point in the international arena.

Of the Companya Elèctrica Dharma, the Generalitat highlights that it has become one of the most representative bands in the history of music in Catalan after 50 years of life, and they add that their songs synthesize "the collective desires of the country to the point of have become true intergenerational hymns that today form part of the collective memory of Catalonia, and that have crossed borders».

1 They ask for the Gold Medal of the Cortes for the... 2 They condemn a patient to pay 253,860 euros for wrongly... 3 Queen Letizia and Jill Biden visit the Ukrainian refugee... 4 Valents incorporates in Lérida a former deputy of... 5 The purgatory of devoured, scorched, dismembered and... 6 The Valencian PP opens the door to sign in Citizens... 7 The renovation of the lighting reaches the avenues... 8 The works of Barber Avenue begin on July 4 and those... 9 The Prosecutor's Office asks for three years... 10 These are the roads blocked today in Madrid by the... 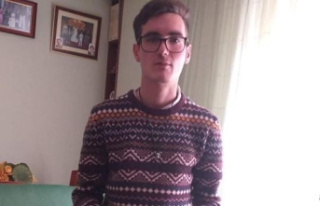 They ask for the Gold Medal of the Cortes for the...