The purgatory of devoured, scorched, dismembered and censored books 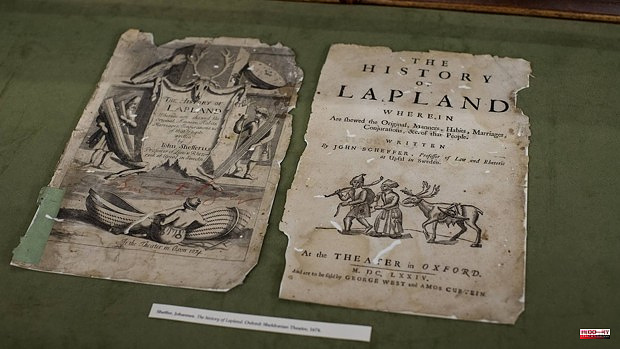 Wounded and devoured. Scorched. Lost. Nibbled by rodents or inhabited by tiny mites. Wet. And, of course, crossed out and scratched. Censored. Everything bad that can happen to a book, the worst that can happen to a bibliographic collection, within sight (not hand in hand, not going to be) at the University of Barcelona, ​​an institution that has decided to exhibit and share the scars of its bibliographic fund. A heritage archive made up of a thousand incunabula and more than 120,000 printed titles between the 16th and 18th centuries which, in addition to exceptional copies, also houses a complete catalog of atrocities committed against printed paper.

“We identified three categories of damages: those badly injured by the action of animals, humidity or fires; misuse by readers and librarians; and the effect of ecclesiastical censorship that can be seen in numerous volumes of the collection«, relates Neus Verger, head of the CRAI Biblioteca Fons Antic of the UB.

The exhibition 'Malheridos. The footprint of time' and showcases of such eloquent names as 'Devoured', 'Scorched and Wet', 'Mutilated', 'Defaced' and 'Dismembered' appear.

A complete gallery of bibliographical horrors reconstructed in 14 works subjected to all kinds of inclement weather. An example? There are the first edition of 'Moscovia', by Antonio Posevino, and the only known copy of a 16th century Barcelona edition of 'The History of Lapland', by Johannes Sheffer, completely mutilated and reduced to the title page and little else. «We imagine that due to lack of space and with the excuse of its poor state of conservation, it was decided to eliminate a large number of volumes, of which only the covers were kept -sometimes accompanied by the preliminaries- and the bindings. We have calculated that about 67,000 books were launched, which means half of our current collection, ”says Verger about a practice that seems to be quite common during the 30s of the 20th century.

One of the weak points of the collection, admits Verger, is the footprint of bibliophagous insects in the volumes. As an example, a book of Portuguese sermons that can barely be opened. «85% of the books that we guard are eaten away, not all with the affectation shown by the works in the exhibition, but it is something that we must face. It is one of the weak points of our collection », he explains. The passage of books through different venues –from the original convents to the current location–, the long stays in sarrias and the lack of resources in the origins of the university library are, the exhibition points out, the main reasons that explain that part of the background suffers the effects of woodworm.

In the section dedicated to censored books, the 'Nuremberg Chronicle' stands out, an incunabulum of exceptional value of which the UB collection has five copies, three of them expurgated. The most commonly censored episode corresponds to the portrait and text about Popess Juana. According to legend, a woman dressed in male clothing came to the pontificate around the middle of the 9th century, until she was discovered going into labor in the middle of a procession, which prompted a new procedure prior to the popes' enthronement consisting of an examination genitalia through a perforated saddle.

1 The Valencian PP opens the door to sign in Citizens... 2 The renovation of the lighting reaches the avenues... 3 The works of Barber Avenue begin on July 4 and those... 4 The Prosecutor's Office asks for three years... 5 These are the roads blocked today in Madrid by the... 6 The PSOE takes Ayuso's changes to the Telemadrid... 7 Madrid will bring 250 experts in teaching Spanish... 8 Advisors who do not go to an investigation commission... 9 The bursar of the Archdiocese of Burgos, Vicente Rebollo,... 10 'Hunted' at 212 kilometers per hour on the... 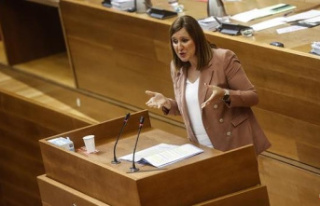 The Valencian PP opens the door to sign in Citizens...