The ordeal of the illustrator Paula Bonet began in July 2019, when an individual she did not know anything about began to stalk her in the Barcelona workshop where she taught ceramics and painting. 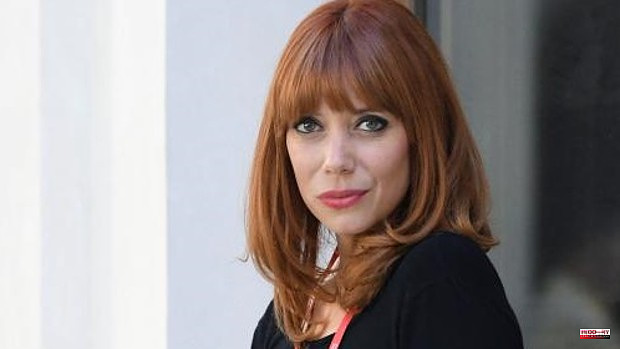 The ordeal of the illustrator Paula Bonet began in July 2019, when an individual she did not know anything about began to stalk her in the Barcelona workshop where she taught ceramics and painting. One fine day, the man, V.G.T., introduced himself to her and told her that he wanted to meet her and hug her.

Bonet was surprised and asked him to leave, but the man pounced on her and hugged her, although she managed to get him to leave the premises. From that day on, the individual returned repeatedly to the same space, insisting that he wanted to meet the artist, staying for hours in place.

On one of those occasions, a Sunday morning, already in January 2020, when Bonet was teaching classes to his students, V.G.T.

He started banging on the front door, pressed his face against the glass and started kissing him. He stayed there until a few hours later, a Mossos d'Esquadra patrol, alerted by the artist, convinced him to leave.

The harassment of the individual was not limited to the artist's workshop, but was presented in talks, concerts, exhibitions or book presentations that she attended. For three months, she also sent him various emails, until she asked him to stop or she would report him.

I do not stop. Despite the fact that the decree of the state of alarm due to the pandemic prevented him from harassing her in person, he continued to send her emails and contact her through social networks, a channel through which he threatened her on several occasions. "You better not set foot in my city again because if I come across you I'm going to strangle you and dismember you to please all the miserable bums who inhabit the streets of Barcelona," was one of her messages.

"You'll see what a feast, I'll leave my eyes for the last," continued the individual. «If you prefer you can beg for mercy to this rapist, stalker and psychopath; you will only be raped until your third and last abortion”; comment that alluded to the fact that the victim had suffered two miscarriages.

Once the restrictions by Covid disappeared, V.G.T. he stalked Bonet again. He went to the place, where he left poems and bouquets of dried flowers. Faced with her constant harassment, the artist moved to another workshop in the Catalan capital, she stopped posting content on social networks and instructed her students so that the door of the premises was always closed with a gas canister. pepper near her. She also installed an alarm with a surveillance camera.

He stopped walking or cycling to get around, and did so only by car or taxi. All this with the intention of not meeting his stalker. It was in September 2020 when he finally formalized the complaint and a few days later a court issued a restraining order for the victim and a ban on communicating with her by any means, but to no avail.

For this reason, in December of that year he entered provisional prison, where he remained until February 2021 but, seven months later, he returned to the Bonet workshop, outside of which he remained for hours. He was carrying flowers in her hand and demanded to speak to her, who, anguished, alerted the Mossos again.

After that, a judge re-ordered V.G.T.'s admission to prison, where he is currently, and the victim had to begin psychological treatment due to the anxiety generated.

This Friday, the individual will sit on the bench of the Criminal Court 10 of Barcelona. The Prosecutor's Office asks for a sentence of three years in prison for coercion, threats and violation of the restraining order, as well as the prohibition to approach Bonet within 500 meters and to communicate with her by any means for four more years. the length of the sentence. He also a compensation of 10,000 euros for non-pecuniary damage.

1 These are the roads blocked today in Madrid by the... 2 The PSOE takes Ayuso's changes to the Telemadrid... 3 Madrid will bring 250 experts in teaching Spanish... 4 Advisors who do not go to an investigation commission... 5 The bursar of the Archdiocese of Burgos, Vicente Rebollo,... 6 'Hunted' at 212 kilometers per hour on the... 7 Alicante requires the Generalitat Valenciana the urgent... 8 Putin's dismissal of Macron in his last call... 9 What countries are currently in NATO? 10 IFA Group exceeds 33,000 million consolidated turnover... 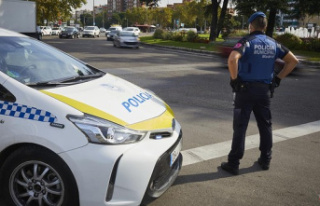 These are the roads blocked today in Madrid by the...