The Municipal Archive of Toledo, within the Alba collection, preserves an album where Antonio Conrado y Contesti was gathering his management as civil governor of the province between February 1, 1907 and February 18, 1909. 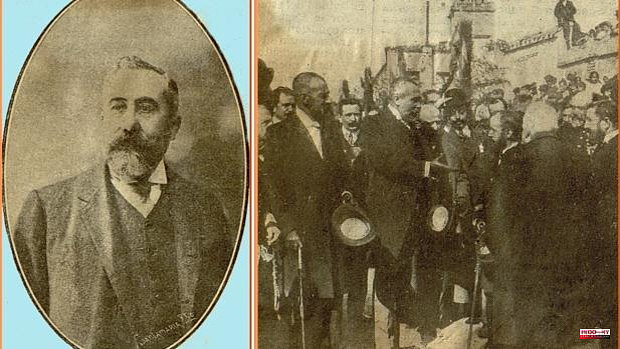 The Municipal Archive of Toledo, within the Alba collection, preserves an album where Antonio Conrado y Contesti was gathering his management as civil governor of the province between February 1, 1907 and February 18, 1909. This volume brings together 164 pages with letters, telegrams and numerous press clippings. In the first 64 pages (until May 1907) his handwritten notes alluding to the position abound: meetings, visits, acts, trips. etc. The rest of the pages bring together disparate printed reviews of the tasks inherent to the position and newsletters about his private life.

Antonio Conrado (1855-1932) came from an aristocratic and wealthy Balearic family. Born in Palmes, he studied agricultural engineering which he left to join the Infantry Army, rising to colonel.

He had military recognitions and held civil destinies of the Ministries of Development and Agriculture. He was a member of the Council of the Economic Societies of Friends of the Country of Spain. He collaborated in the Agricultural Gazette and was the author of the study entitled The migratory problem. He worked for the Conservatives without holding high office. His "friend and countryman", Antonio Maura (1853-1925) assigned him the Civil Government of Toledo in 1907. Antonio Conrado resigned months before his protector resigned (July 1909), after the Tragic Week, an event that would give way to the Liberals led by Segismundo Moret.

At that time, in the province of Toledo, the Conservative Party brought together the Silvalists already joined by Maurism. Gumersindo Díaz Cordovés, Julián García Patos, Félix Conde Arroyo, Manuel Basarán and Gustavo Morales stood out, all from well-to-do positions. In the capital, the leadership was exercised by José Benegas, who had already been the mayor in two previous terms. In 1907 he was appointed again by Antonio Conrado once he achieved the resignation of the previous liberal mayor, Pedro Martos.

Such relays came from the bipartisanship agreed between conservatives and liberals encouraged by the bourgeoisie of the Restoration. In each change, civil governors and effective local caciques were essential to secure political office. The then Minister of the Interior, Juan de la Cierva, entrusted Antonio Conrado to monitor the conservative clientelist network of Toledo. In February 1907, newly appointed, he already reported on the political affiliation of 208 mayors while waiting for instructions from Madrid to order the lists of deputies to the Cortes in the following April. Election day was quiet because, according to El Castellano, everything was due to "money, official support and caciquism." The successful work of the governor is endorsed by the letters received from the minister and from Maura himself. The latter thanked him for having achieved the withdrawal of Taramona, the Liberal candidate for Torrijos, which meant the full victory of the Conservatives throughout the province. The same success was repeated, on May 5, in the Senate elections. La Cierva, on behalf of the Government, would acknowledge in a telegram the services rendered "to the Monarchy and conservative politics."

The album also collects the trances of the workers to defend their rights. In February 1907, the governor ordered the Civil Guard to prevent them from taking the train to Madrid to attend a rally. On June 21, Conrado Contesti prohibited a meeting at the Rojas Theater where Pablo Iglesias attended, although he had to allow it a week later after a protest by Councilor Julián Besteiro, raised by fellow socialists and UGists to Minister La Cierva. At the end of 1907, given the lack of work, the governor promoted local and provincial charity boards. The press published the lists of donors and monetary alms to "remediate the needs of others." In February 1909, on the eve of leaving office, he announced another rally at the Rojas, this time of "liberals, democrats and republicans", forces that, a year later, won the City Council of the capital, leaving only three conservative councilors.

The governor's desires were to persecute the game, to stop the glosopeda or the infectious-contagious diseases. Hygiene and public morals occupy circulars addressed to mayors, health workers, parish priests and teachers. Other unique cases also surface, such as an uproar in the fifth-place draw in Sonseca or the defense of tour guides against proven intrusiveness. More serious was the experience in Los Navalamorales, in December 1908, after the confiscation of a cavalry due to non-payment of public collections, which sparked a riot with several injuries and two deaths.

Among the clippings there is an abundance of news about Conrado Contesti assisting illustrious visitors to get to know Toledo or enjoy hunting days in Ventosilla. Between 1907 and 1908 he accompanied Alfonso XIII, Queen Victoria Eugenia and members of royalty, such as Princess Beatrice of the United Kingdom and Matilde of Saxony. In March 1908 he complimented the Japanese Prince Kuni (who witnessed military exercises with the King in Alijares) and the Grand Duke Boris of Russia. On July 14 he attended the delivery of dispatches at the Academy made by Alfonso XIII and Antonio Maura.

His passion for agriculture is reflected in visits to the farms of San Bernardo -where there was a sericulture station- and Alberquilla -possession of the agricultural engineer Sergio Novales- to see a demonstration of machinery. A text collects a session of the Economic Society of Friends of the Country of Toledo in which the Catalan deputy José Zulueta intervened about a type of plow of his invention. Other notes refer to the problems of the Cathedral tower and the Alcántara bridge. The restoration of the door of Alfonso VI was glossed in the magazine Nuevo Mundo (7-11-1907) by Colombine, pseudonym of Carmen de Burgos, journalist and teacher at the Normal. Among the governor's trips we mention the inauguration of the iron bridge of Talavera (1908) and the visits to Torrijos, Quintanar de la Orden and Villacañas.

In December 1908, on the occasion of Antonio Conrado's wife's birthday, there was a select party in the halls of the Civil Government (current Tax Agency building in Plaza de las Tendillas), where "cheerful waltzes and ceremonious rigodones” according to El Heraldo Toledano. On February 20, 1909, the same hosts hosted a fun Carnival evening there with “distinguished guests” and couples “of pierrots and very elegant pierréttes”. Basically, that was the social farewell of Antonio Conrado y Constesti after his resignation was accepted. On the 25th he received Gonzalo Segovia y Ardizone, also a Maurista, Count of Casa-Segovia, his successor in office, which lasted only eight months, until November 1909.

1 They ask for 7 years in prison for an alleged pedophile... 2 The 28-year-old man attacked in a nightclub in Mallorca... 3 They arrest a man for beating his wife in front of... 4 The Supreme warns about the blockade of the CGPJ:... 5 The Penitentiary Surveillance judge knocks down two... 6 Basque photographer accused of abusing young models... 7 Health alert for some Peruvian avocados marketed in... 8 Tudanca calls the Government of Castilla y León a... 9 More than 12 million to repair the damage caused by... 10 The waiting list to be operated on in Castilla y León... 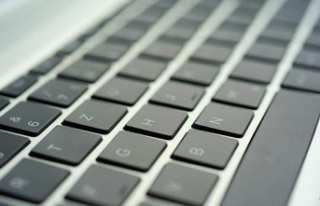 They ask for 7 years in prison for an alleged pedophile...