The European Court of Human Rights (ECHR) has sentenced Spain to pay more than 8,000 euros to the judges and magistrates of Catalonia who denounced having suffered a violation of their privacy due to the police reports that were prepared and leaked to the press in 2014 after issue a manifesto in which they positioned themselves in favor of an independence referendum. 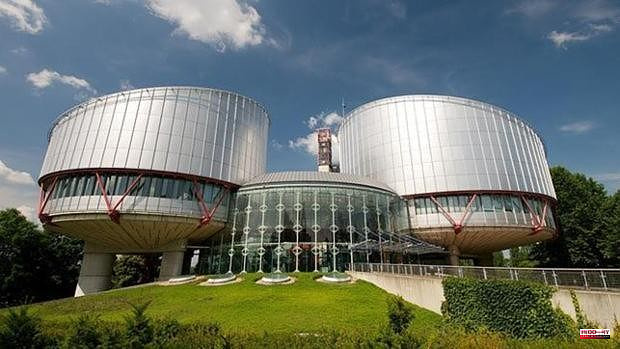 The European Court of Human Rights (ECHR) has sentenced Spain to pay more than 8,000 euros to the judges and magistrates of Catalonia who denounced having suffered a violation of their privacy due to the police reports that were prepared and leaked to the press in 2014 after issue a manifesto in which they positioned themselves in favor of an independence referendum.

In a ruling this Tuesday, collected by Europa Press, the ECHR has concluded that there was a violation of Article 8 of the European Convention on Human Rights (ECHR), which enshrines the right to privacy, and has condemned Spain to compensate the twenty plaintiffs with 4,200 euros for moral damages and 3,993 for expenses and costs.

This twenty judges and magistrates went to the Strasbourg court in April 2017 to denounce events that date back to February 2014, when with 13 other fellow practitioners also in Catalonia they signed a manifesto defending the "right to decide". A month later, personal information, including photographs, of the signatories was published in the media.

An investigation was initiated in the Investigating Court Number 15 of Madrid, which decided that the facts constituted a crime but that there was not enough evidence to attribute it to anyone, so the case was closed. Those affected then complained to the Data Protection Agency pointing to the Ministry of the Interior, another unsuccessful procedure but which via appeal jumped to the National High Court, where "apparently it is still pending", according to the ECHR.

The robed then went to the ECHR for alleged violations of their rights to privacy, freedom of expression and a fair trial, accusing the Police of collecting their information without any legal justification and leaking it to the press, and denouncing that they had undertaken disciplinary action against them for expressing their opinions while no in-depth investigation into what happened had been done.

The ECHR has agreed with the plaintiffs establishing that "the mere existence of these police reports has been a violation of article 8", because "there was no legal provision that authorized the compilation of said dossiers without any criminal connection".

"The reports contained personal data, photographs and some professional information, partially extracted from police databases, and, in some cases, political opinions," he detailed.

Regarding the leak to the press, the ECHR has recalled that during the internal investigations it was not refuted that part of the information came from police bases, although it has criticized that the national investigations were not as exhaustive as they should have been because they did not take statement to the head of the Barcelona Police at that time, a testimony that he considers key.

However, regarding the disciplinary procedure that Manos Limpias attempted to initiate before the General Council of the Judiciary (CGPJ) -unsuccessfully-, it has estimated that, since there was no sanction or other detrimental result for the plaintiffs, no can declare that their right to freedom of expression was violated.

1 A drug to treat HIV improves cognitive ability in... 2 Taxi drivers threaten to collapse Barcelona again... 3 Marta Calvo's mother declares before the eyes... 4 The CHT prepares the banks of the Alberche river as... 5 Changes in the information direction of the Government... 6 The Guadalajara Prosecutor's Office will appeal... 7 Where is the dog beach in Alicante with food track,... 8 La Gomera will be supplied energetically only with... 9 First kidney transplant from the same donor to twin... 10 Victims of the Alvia ask the Supreme Court to declare... 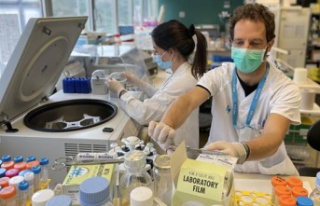 A drug to treat HIV improves cognitive ability in...