The Guadalajara Prosecutor's Office will present an appeal to the Civil and Criminal Chamber of the Superior Court of Justice of Castilla-La Mancha (TSJCM) for the sentence issued by the Provincial Court of Guadalajara last April after the trial of the registered fire in a toxic waste recycling plant in Chiloeches (Guadalajara) in August 2016, which caused a cloud of toxic smoke and the dumping of waste that was stored in an uncontrolled manner in the treatment plant. 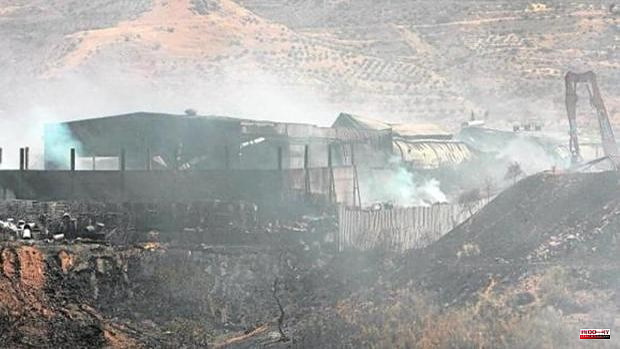 The Guadalajara Prosecutor's Office will present an appeal to the Civil and Criminal Chamber of the Superior Court of Justice of Castilla-La Mancha (TSJCM) for the sentence issued by the Provincial Court of Guadalajara last April after the trial of the registered fire in a toxic waste recycling plant in Chiloeches (Guadalajara) in August 2016, which caused a cloud of toxic smoke and the dumping of waste that was stored in an uncontrolled manner in the treatment plant.

This has been confirmed to Europa Press by sources from the Guadalajara Provincial Prosecutor's Office, after the Court announced the sentence for this hearing last April, which includes the acquittal of all charges and exalted political charges prosecuted in the case of the recycling plant fire, after considering that there was no abandonment of obligations or functions by the seven prosecuted for the crime of environmental prevarication.

A sentence against which some of the parties involved in this trial, the longest in memory in Guadalajara, have also announced an appeal. A macro trial that began on September 20 of last year and that was seen for sentencing in December, after 45 marathon days and 205 hours, in which statements were taken from 18 defendants, 154 witnesses and 36 experts.

According to the text of the Provincial Court, these five people convicted of crimes against the environment are responsible for the companies Kuk Medioambiente S.L. and Grupo Layna de Residuos S.L., as well as a waste management manager who performed his duties at the Chiloeches treatment plant, who are acquitted of the crime of participation in a criminal group and the crime of dangerous waste management.

Said sentence also condemns the companies Kuk Medioambiente and Grupo Layna, which were responsible for the management of hazardous and non-hazardous waste in a plant, as responsible for a crime against natural resources and the environment. In the case of the first, to a daily fine of 50 euros for two years; and the second, to a one-year fine with a fee of 100 euros per day.

All these defendants must jointly and severally compensate the Junta de Comunidades de Castilla-La Mancha with 5 million euros, the Tajo Hydrographic Confederation with 22,000 euros and the Altamira entity with one million euros.

The Guadalajara court did not consider it proven that the fire occurred as a result of the industrial activity carried out in the facilities, nor due to the massive and uncontrolled accumulation of waste, although this circumstance favored the spread of the fire and made it difficult to extinguish it.

The magistrates point out that the fire was caused intentionally, but without stating the authorship. For this reason, civil liability derived from the extinction of the fire is not contemplated as this crime has not been proven for those convicted.

The Court of Guadalajara considered as proven facts that the waste treatment plant owned by Kuk Medioambiente S.L. The mandatory Integrated Environmental Authorization, necessary for its operation, had been suspended since 2013, and it did not have an opening license either. The facilities also had significant deficiencies, with contamination of the soil, subsoil and groundwater.

In these circumstances, the company sublet the activity for one year to Grupo Layna Gestión de Residuos S.L. During the time in which he managed the plant "a progressive and uncontrolled accumulation of waste occurred consciously and voluntarily at the Chiloeches plant facilities, and liquid waste was dumped onto the adjoining land, also producing, as stated in the ruling, the transfer of waste without any type of control and in an irregular manner destined for landfills».

Once the company Kuk Environment recovered the management of the treatment plant, the accumulation of waste continued without control, until the facilities were closed by resolution of the mayor of Chiloeches in June 2016.

Regarding the rest of the crimes that were prosecuted, the magistrates have not considered proven the crimes of falsehood in a commercial document, participation in a criminal group, management of hazardous waste, operation of dangerous facilities and reckless injuries.

According to the sentence, there is no evidence that they failed to fulfill their obligations when processing the different applications for the granting of the Integrated Environmental Authorization for the operation of the Kuk Medioambiente facilities in Chiloeches.

There is also no evidence that they ceased to carry out their function of control and monitoring of this Environmental Authorization, nor that there was favorable treatment to benefit the companies now condemned.

Likewise, the Guadalajara Provincial Court understands that the actions of the technicians regarding the resolutions issued in relation to the treatment plant were a simple procedure, without them ruling on the Environmental Authorization of the Chiloeches treatment plant.

As for the actions of the former mayor of Chiloeches, César Urrea, the ruling states that his intervention in reports and agreements related to the activity of the waste treatment plant was based on the favorable reports of the technicians and the secretary of the City Council, and complied with current regulations.

The Guadalajara court has also acquitted five other people, including the supplier of waste from the Chiloeches treatment plant, for not knowing the administrative situation of suspension of activity, nor the negligent management in the accumulation and treatment of waste.

It also absolves the manager of a landfill and company, for not knowing that the loaded trucks that arrived contained untreated or uncontrolled waste, and three workers from the Chiloeches waste treatment plant, hired by the two condemned merchants, for not having the capacity to decision on the management that was taking place in the plant, nor were they aware of the danger of the waste that was mixed irregularly for its transport by trucks to landfills.

The accusation in the trial held at the Guadalajara Court was brought by the Public Prosecutor, the Castilla la Mancha Community Board, the Chiloeches City Council, the Tajo Hydrographic Confederation, the UME, M.A.E.V., the Guadalajara Provincial Fire Brigade Consortium and J.P.B. The entity Altamira Santander Real Estate SA intervened as a civil actor.

1 Where is the dog beach in Alicante with food track,... 2 La Gomera will be supplied energetically only with... 3 First kidney transplant from the same donor to twin... 4 Victims of the Alvia ask the Supreme Court to declare... 5 The Mossos free a woman kidnapped and raped in a flat... 6 Dismantled a cocaine trafficking network in the provinces... 7 Ecological Transition includes the Guardian Project... 8 Tense meeting between Alberto Fernández and Boris... 9 Germany, Austria, the Czech Republic, Hungary, Poland... 10 The G7 will contribute 5,000 million dollars to the... 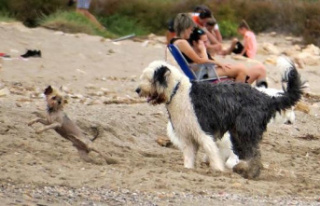 Where is the dog beach in Alicante with food track,...