The Platform for Victims Alvia 04155 has presented this Tuesday an appeal before the Supreme Court in which it urges the Contentious Chamber to declare that the Commission for the Investigation of Railway Accidents (CIAF) composed to analyze the Angrois accident (Galicia ) that in July 2013 left 80 dead was not impartial. 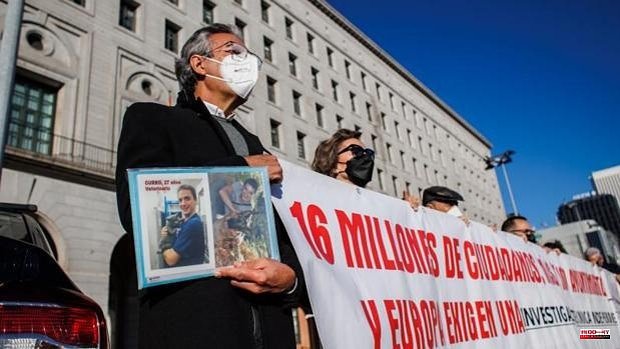 The Platform for Victims Alvia 04155 has presented this Tuesday an appeal before the Supreme Court in which it urges the Contentious Chamber to declare that the Commission for the Investigation of Railway Accidents (CIAF) composed to analyze the Angrois accident (Galicia ) that in July 2013 left 80 dead was not impartial.

The appeal, to which ABC had access, is a consequence of the ruling issued at the end of May by the Superior Court of Justice of Madrid forcing the CIAF to meet and receive, process, analyze and resolve "according to law" the claim that For years, the victims of the Alvia accident in Galicia in 2013 have maintained: an independent analysis of what happened in the incident.

That ruling, although it gave the victims partial reason, incurred "an error of law due to a disconnected interpretation" of the European regulations on railway safety by ruling that "by the mere fact of being retired, the members of the CIAF have , per se, absolute independence”, as summarized in the appeal before the Supreme Court.

«The Chamber had to decide whether, in its case, the professional career of the members of the previous CIAF could allow them to enjoy that independence that a platform of victims of a terrible railway accident such as the one suffered by my financed longs for so much, who saw how the Spanish State falsely closed an investigation that should never have been allowed, ”explains the representation of the platform that the lawyer Antonio Benítez Ostos exercises.

Specifically, they ask the Supreme Court to resolve whether "a member of the CIAF appointed at the proposal of the Ministry is independent" who needs the acceptance of this body to resign from his position. "Is a member of the CIAF who has been providing services practically all his life for ADIF, the Ministry of Development or RENFE independent?", Those affected raise.

They remind the Contentious Chamber that «the highest authority in railway matters in the European Union, ruled that the Spanish State falsely closed the investigation and that there was never independence in the study« and now, »there is neither«.

“My principals do not intend in these cases that the counterparty compensate them financially, but only to be able to have the peace of mind of knowing what was the cause of the accident, if it really was the cause of a fatal human error, and to be able to continue with their lives honoring the memory of the victims“, adds the letter.

They understand that "it is of Justice to implore humanity to the Chamber and the recognition of an individualized legal situation that has not been accepted by the High Court in instance".

1 The Mossos free a woman kidnapped and raped in a flat... 2 Dismantled a cocaine trafficking network in the provinces... 3 Ecological Transition includes the Guardian Project... 4 Tense meeting between Alberto Fernández and Boris... 5 Germany, Austria, the Czech Republic, Hungary, Poland... 6 The G7 will contribute 5,000 million dollars to the... 7 Garamendi demands a study of the cost of the pension... 8 Baldoví equates Sánchez and Oltra by stating that... 9 The Generalitat awards the Cross of Sant Jordi to... 10 They ask for the Gold Medal of the Cortes for the... 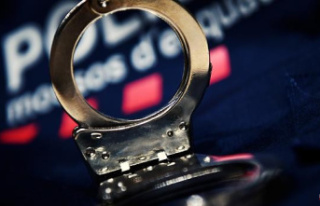 The Mossos free a woman kidnapped and raped in a flat...