They are only eleven years old and their kidneys were those of an 80-year-old man. 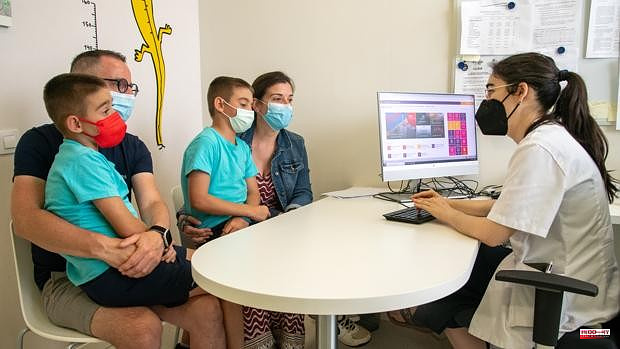 They are only eleven years old and their kidneys were those of an 80-year-old man. They were running at 10 percent. A kidney transplant from the same deceased donor - he gave each one a kidney - has given these identical twin brothers from Barcelona, ​​affected by congenital kidney disease, a second life. A team of nephrologists and surgeons from the Hospital Sant Joan de Déu (SJD) and the Hospital Clínic (HC) in Barcelona performed this intervention, the first of its kind to be performed in Spain, according to data from the National Transplant Organization (ONT).

The children were born with autosomal polycystic kidney disease, an inherited disorder that causes cysts to develop within the kidneys and causes slow, progressive loss of kidney function, making long-term transplantation necessary.

The medical team of the Nephrology Service of the Sant Joan de Déu Hospital in Barcelona that treats them, led by Álvaro Madrid and Marta Jiménez, raised the option of kidney transplantation with the patients' families in March of this year, since, with only At 11 years old, his kidneys were only 10 percent functional.

At first, the professionals considered the option of implanting a kidney from a living donor from the children's family environment. “Since the parents are of the same blood group, the initial idea was that one of the parents could donate a kidney to one of the children and the other parent to the other. But when carrying out the study tests to be donors, we saw that the mother could be a donor, but not the father and the rest of the relatives were not compatible. This situation presented us with a great ethical dilemma; we could not transplant only one of the two children when they were in an identical clinical situation. There was no objective criterion that would indicate that one required a transplant more urgently than the other," says the head of the Sant Joan de Déu Nephrology Service, Álvaro Madrid.

Once living donation had been ruled out, the medical team then opted for the deceased donor and enrolled the two children on the waiting list of the Catalan Transplant Organization (OCATT). Thanks to the generosity of a family and the organization of the entire operation by the coordination offices of the ONT and the OCATT, the two minors were able to be transplanted simultaneously shortly after.

In a few hours, the two children entered the operating room – first, one, and at the end of this transplant, the other – to receive their new kidney. The surgeon from the Hospital Clínic de Barcelona, ​​Mireia Musquera, who is part of the team of the Urology Service of this center directed by Antonio Alcaraz, participated in the surgical intervention. Doctors Antoni Vilaseca and Mònica Peradejordi have also been involved on behalf of the Clinic. The difficulty of the case lies in the fact that the transplant had to be on the same day and from the same donor because the patients were in the same clinical situation.

The brothers have remained hospitalized together at all times. They overcame some complications and evolved favorably. Currently, they only require outpatient monitoring.

1 Victims of the Alvia ask the Supreme Court to declare... 2 The Mossos free a woman kidnapped and raped in a flat... 3 Dismantled a cocaine trafficking network in the provinces... 4 Ecological Transition includes the Guardian Project... 5 Tense meeting between Alberto Fernández and Boris... 6 Germany, Austria, the Czech Republic, Hungary, Poland... 7 The G7 will contribute 5,000 million dollars to the... 8 Garamendi demands a study of the cost of the pension... 9 Baldoví equates Sánchez and Oltra by stating that... 10 The Generalitat awards the Cross of Sant Jordi to... 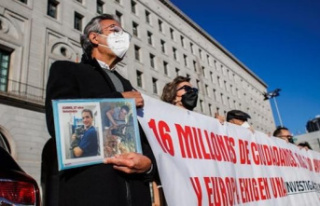 Victims of the Alvia ask the Supreme Court to declare...