Yet another conflict in sight in Barcelona with taxi drivers and VTCs. 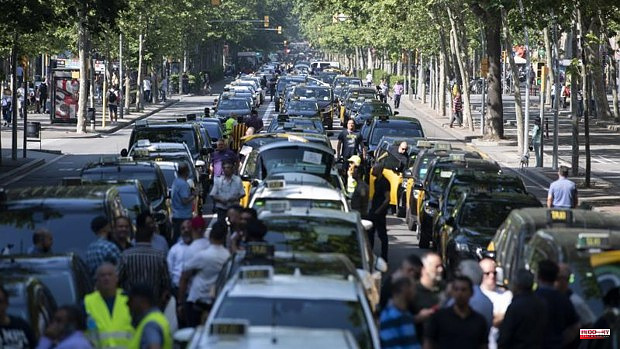 Yet another conflict in sight in Barcelona with taxi drivers and VTCs. The Generalitat is finalizing a decree law that plans to extend the conditions for licenses for vehicle rentals with a driver, which are currently regulated by a state moratorium that expires at the end of September. The future regulation will contemplate measures that are already in force, such as requesting the service with a 15-minute margin or the prohibition of attracting customers in the middle of the street or parking on the street, but it will not limit licenses, something that annoys taxi drivers.

The proportion of 1 VTC for every 30 taxis is the eternal demand of the sector and the main reason why they have been carrying out demonstrations, the most important in the summer of 2018, when taxi drivers camped in the middle of Gran Via in Barcelona and collapsed the center of the city for days.

Just over a month ago there were new sound stoppages. Now, shortly after learning of the Government's plans, the taxi drivers have already threatened to "take to the streets" imminently. The Elite Taxi spokesman, Tito Álvarez, has demanded an urgent meeting with the Generalitat or there will be consequences.

The text, which would come into force on October 1 (when the current state moratorium expires), also plans to require a one-year driving license from VTC drivers and that their civil liability insurance is equivalent to that of the taxi. In addition, the door will be opened for local authorities to request additional training for this type of driver, something that, for example in Barcelona, ​​was already studied at the time.

Sources from the Ministry of the Vice Presidency and Digital Policies and Territory point out that “it is clear that the VTCs must be able to continue working“. "The system, for the moment, works reasonably," they point out from the department to Ep, while making it clear that there are services such as traditional VTCs that do not imply unfair competition for the taxi.

The plans of the Government go through having the sector regulated with this decree law for the next four years, during which time it is estimated that the European justice will respond to the questions raised by the Spanish justice system on the conditions in the sector.

Since last February, the VTCs must inform the Government of the trips they make, a fact that has allowed the Government to know that there are currently 1,455 vehicles of this type operating in Catalonia. Half correspond to traditional VTC services -which have been carried out for years- and the other half to VTC platforms.

1 Marta Calvo's mother declares before the eyes... 2 The CHT prepares the banks of the Alberche river as... 3 Changes in the information direction of the Government... 4 The Guadalajara Prosecutor's Office will appeal... 5 Where is the dog beach in Alicante with food track,... 6 La Gomera will be supplied energetically only with... 7 First kidney transplant from the same donor to twin... 8 Victims of the Alvia ask the Supreme Court to declare... 9 The Mossos free a woman kidnapped and raped in a flat... 10 Dismantled a cocaine trafficking network in the provinces... 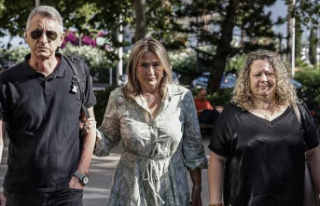