Marta Calvo's mother declares before the eyes of her daughter's quarterer: "I'm only alive to do justice"

“I just want my daughter back, I need her body. 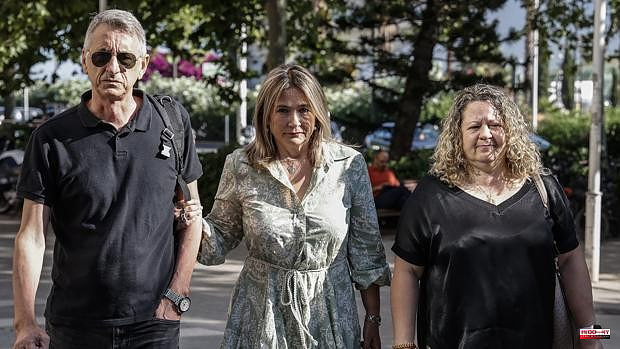 “I just want my daughter back, I need her body. I'm only alive to do justice to my daughter, I'm not here for revenge." Between tears, emotion and nerves, the long-awaited statement of Marisol Burón, mother of Marta Calvo -the 25-year-old girl dismembered by Jorge Ignacio Palma and whose body has still not been found- took place before the popular jury, which will have to determine if the accused is guilty or not of murdering three women and sexually abusing another eight by inserting high-purity cocaine into their genitals without consent.

Before the beginning of the trial against the alleged murderer of her daughter, Marisol Burón told ABC "the desire" she had "to see the face of this psychopath", whose oral hearing she faced with "nerves" but wished that he "pay for everything the evil he has done."

Thus, his statement began in tears, despite the magistrate's offer to testify later if he was not fit.

Despite his state of nervousness, he insisted on continuing with a testimony through which he has recounted how he experienced the disappearance of his daughter in the Valencian town of Manuel at the beginning of November 2019: «They called and told me that they had dismembered my daughter. Why? A mother does not have to hear that », she began.

She then explained that that night her daughter, who decided to go into prostitution - "become an escort" to open a beauty center with her, wrote her a message and told her that she was with a client in said municipality, from whom He sent you the location. "She told me not to worry," said Marisol, who had a "very intense and daily" relationship with Marta.

[The sexual perversions with cocaine of the alleged murderer of Marta Calvo: «He is a monster that has ruined my life»]

The next day, when she woke up, she sent several messages to her daughter but she didn't answer or pick up her mobile: "It was weird but I thought she was sleeping." At noon, she wrote to him again, with greater concern, but she did not receive a response, so she let the day go by and on Friday, November 8, 2019, in the afternoon, she went to the location that her daughter had provided. her.

Once he arrived at Manuel, he insistently rang the doorbell of the house that marked the address sent by Marta through WhatsApp until the defendant opened it, while a local neighbor who had previously asked him accompanied him. «This man -pointing to Jorge Ignacio Palma- opened the door for me, I asked him about Marta, he was all dressed, neat, with a jacket and with his hands in his pockets, and he told me with all serenity in the world that he did not know her» , has narrated.

"He told me he was sorry but he didn't look me in the eye. He didn't look at me, he looked at the older man. He even told me that if he didn't believe me that Marta wasn't there, that he could come in and see him. But I told him no, that I trusted him », she explained before the jury. «I have that sorrow to say why I didn't go because, anyway, my daughter was still inside. If the same thing had happened, my daughter would still be there », he has clarified.

After seeing his daughter's confessed butcher for the first time, he returned home and on Sunday went to the police to report the disappearance. «The policeman told me that my daughter, being what she was, she was still in Palma or Ibiza and she came with 20,000 euros. I replied that I would never do that », she asserted. "In the end, he reluctantly filed a complaint with me that had seven lines and because I insisted," she added.

The next day, Marisol went back to the police station because she realized that she had given the wrong address of the house where her daughter lived, and she ran into the same officer. She told him that she was going to change the address and he replied that they couldn't because it was an election and they were "very busy."

“I came home and was still hoping that my daughter was going to call me. But it was not like that. On Tuesday I returned to Manuel and no one opened the house for me », she commented. Shortly after, he got the phone number of the owners of the house, with whom he went to the place and they told him that the house was rented to a woman. «I was talking to them and I did not see things clearly with these two people. I saw that they were not transparent speaking. They didn't want to give me the name of the man who had been there, they only gave me his mother's”, he pointed out.

[Marta Calvo's mother asks for justice: "It is very hard to close the door of the house and not know where your daughter is"]

After that, he went to another police station, they told him that the case was being handled by the Civil Guard of Villanueva de Castellón. He called and from there they told him that they did not know anything about any disappearance: «I gave him the name and surnames and he told me that he was going to open the mail. My daughter's name was there and they hadn't done anything, they hadn't tried to look for my daughter yet," he lamented.

As a result of the investigation, the case passed into the hands of the Valencia Homicide Group, from where they called him twenty-one days later to inform him that a man had appeared on the poster alluding that he was the one they were looking for: «That was the worst day of my life," he said.

“I picked up the phone and threw it on the ground. I went crazy because I couldn't believe what they were telling me. My husband took it and they told him everything. It is very strong to be told that this man found my daughter dead and that he dismembered her. That a mother does not have to hear. Because she? My daughter was incapable of harming anyone. My daughter was kind, she helped everyone and they tell you that they are looking for her through garbage containers... We shouldn't have to hear this », she remarked.

Despite the magistrate's interruptions due to her evaluative statements "rather typical of other forums and not before a jury", Marisol Burón emphasized the end of her speech by referring to her psychological situation: "I cannot live like this, this is the slow death for a mother.

"As of today I don't have my daughter. Why don't I have my daughter? Why doesn't she tell her where she is? I just want to get her back, no one is going to give her back to me alive, but she has stolen my daughter and she is stealing my duel," added the visibly moved woman, who concluded by saying that she has to "do justice for her." .

Jorge Ignacio Palma faces, as the Prosecutor's Office claims, 130 years in prison for eleven crimes of sexual abuse -three of them as a necessary means for a crime of homicide and seven for a crime of injury-; and a crime against public health. For their part, the parents of Marta Calvo, who are involved in the proceedings as private prosecutors, request a reviewable permanent prison for the defendant. The other victims in the case also claim this penalty. The defense claims acquittal.

1 The CHT prepares the banks of the Alberche river as... 2 Changes in the information direction of the Government... 3 The Guadalajara Prosecutor's Office will appeal... 4 Where is the dog beach in Alicante with food track,... 5 La Gomera will be supplied energetically only with... 6 First kidney transplant from the same donor to twin... 7 Victims of the Alvia ask the Supreme Court to declare... 8 The Mossos free a woman kidnapped and raped in a flat... 9 Dismantled a cocaine trafficking network in the provinces... 10 Ecological Transition includes the Guardian Project... 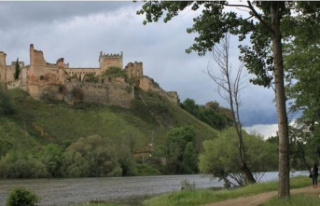 The CHT prepares the banks of the Alberche river as...