An antiretroviral used to treat HIV, lamivudine, improves cognitive ability in a mouse model of Down syndrome. 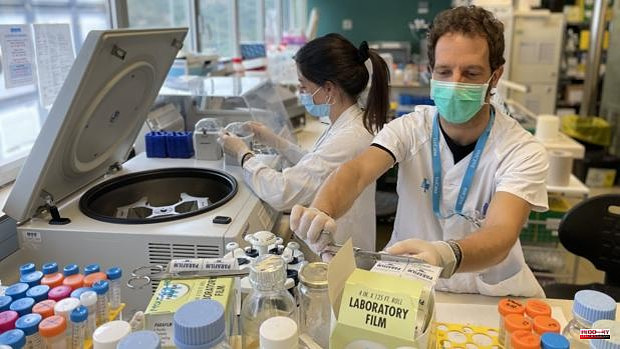 An antiretroviral used to treat HIV, lamivudine, improves cognitive ability in a mouse model of Down syndrome. This is demonstrated by the results of a study led jointly by researchers from the Barcelona Center for Genomic Regulation (CRG) and the IrsiCaixa AIDS Research Institute - a center promoted jointly by the La Caixa Foundation and the Department of Health of the Generalitat -, published in the journal 'Journal of Cellular and Molecular Medicine' and that opens the door to the use of this antiretroviral to achieve the same effect in humans.

Although it would be necessary to carry out clinical studies to confirm that the drug causes a similar effect in humans, the results of this study in animals highlight, according to the researchers, the potential of using pharmacological interventions such as lamivudine -or other drugs capable of blocking the same therapeutic target – as a treatment to improve cognitive impairment in people with this genetic alteration caused by the presence of an extra chromosome in the genome.

Normally, the human genome contains 23 pairs of chromosomes, but, in the case of Down syndrome, there is one of these pairs that, instead of two, has three copies; it is, specifically, chromosome number 21. This gives rise to an intellectual disability that can range from mild to moderate, and that affects general features of cognitive abilities such as memory, attention span and speech. When they reach adulthood, people with Down syndrome experience accelerated aging. This translates into the appearance of a cognitive deterioration that, in the general population, would be typical of older people.

People with Down syndrome also have a higher risk of Alzheimer's because chromosome 21, which is tripled, contains the genes for a protein that is especially relevant for this disease. This protein, known as Amyloid Precursor Protein (APP), has the ability to accumulate in the brain, generating protein aggregates that cause changes in brain function.

The presentation of these protein aggregates is common in most adult individuals over 40 years of age with the aforementioned genetic alteration. To promote independent living, most people with Down syndrome undergo psychosocial interventions such as cognitive stimulation therapy, one of the only treatment options currently available as there are currently no pharmacological interventions.

Now, the results of this study point to a possible route of treatment with drugs and place retrotransposons as a possible therapeutic target of great interest for Down syndrome.

Retrotransposons are segments of DNA that change their location within the genome itself; To achieve this, they create RNA copies of themselves to leave the area of ​​the genome where they are located and, later, they become DNA again to be able to insert themselves into the genome again, but in another place. These segments can be inserted in specific areas of the genome and, by chance, position themselves in promoter regions of genes associated with neurodegenerative diseases, enhancing their activity. The activity of these DNA segments to jump from one site to another in the genome increases with age.

In addition, retrotransposons have some similarities with HIV since, like this virus, they need to go from DNA to RNA, and vice versa, to make copies of themselves. Thus, the study's research staff hypothesized that the use of molecules capable of inhibiting HIV replication – such as the enzyme reverse transcriptase – might also work to block retrotransposons.

"Both HIV and retrotransposons need the same molecule to make copies of themselves: the reverse transcriptase enzyme," explains Bonaventura Clotet, director of IrsiCaixa. “The scientific community had shown that lamivudine, an inhibitor of this enzyme that is already used against HIV, decreased the activation of retrotransposons in aged mice. Therefore, we think that the use of lamivudine could also be useful to counteract the cognitive impairment associated with Down syndrome », he adds.

To demonstrate this, the research staff worked with Ts65Dn mice, the most studied animal model of Down syndrome to date. For four months, one group of mice was treated with lamivudine, while the other was used as a control and received only water. The team then carried out several behavioral experiments designed to test locomotor activity, recognition memory, and anxiety.

Thus, they discovered that the mice that received lamivudine showed better cognitive abilities. The results of the study raise the hypothesis that the benefits observed thanks to lamivudine could be due to its effect on one or more variants of the APP gene.

"Our work aims to support people with Down syndrome and their families by offering them more options to live independently, particularly individuals affected by early-stage Alzheimer's disease," says Mara Dierssen, CRG researcher and co-author of the study. “We continue to need pharmacological treatments that consistently help improve memory, attention and language functions, or prevent cognitive decline associated with aging. This study is one more step to change this situation, since it reveals that the activity of retrotransposons is an interesting mechanism that needs to be studied not only in aging, but also in neurodevelopmental disorders", concludes Dierssen.

Lamivudine is a prescription medicine approved by the medical authorities of the United States and the European Union for the treatment of HIV infection in adults and children. The next step that the research team considers is the start of clinical trials with the drug for people with Down syndrome and Alzheimer's disease.

1 Taxi drivers threaten to collapse Barcelona again... 2 Marta Calvo's mother declares before the eyes... 3 The CHT prepares the banks of the Alberche river as... 4 Changes in the information direction of the Government... 5 The Guadalajara Prosecutor's Office will appeal... 6 Where is the dog beach in Alicante with food track,... 7 La Gomera will be supplied energetically only with... 8 First kidney transplant from the same donor to twin... 9 Victims of the Alvia ask the Supreme Court to declare... 10 The Mossos free a woman kidnapped and raped in a flat... 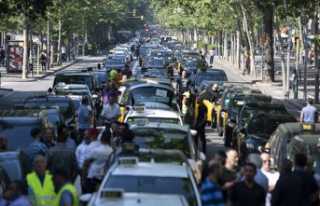