The British Prime Minister has given a further twist in relation to the new immigration policy through which his Government intends to send undocumented immigrants who arrive in the country to Rwanda. 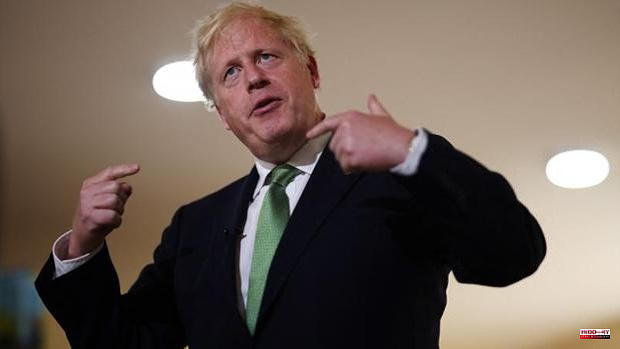 The British Prime Minister has given a further twist in relation to the new immigration policy through which his Government intends to send undocumented immigrants who arrive in the country to Rwanda. In a statement in the African country, where he is visiting on the occasion of the meeting of heads of state of the Commonwealth, Boris Johnson declared that Ukrainian refugees fleeing the war also face being sent to Rwanda if they enter the Kingdom. United without authorization, although the measure is currently on hold thanks to the intervention of the European Court of Human Rights.

As reported by The Guardian, when asked if Ukrainians arriving by boat could face deportation, he replied that "the only circumstance in which people will be sent to Rwanda is if they come to the UK illegally, thus undermining the safe and legal routes we have. I think we are giving 130,000 visas to Ukrainians

and they have at least two very good routes to come to this country," he said, referring to the program launched by his government through which the population can welcome those fleeing the Russian invasion into their homes. “But if they come here illegally, they are running over everyone who comes legally. And it's crazy. So I'm afraid the answer is, I guess, yes, in theory that could happen. But I think it's highly unlikely," he added.

Just over a month ago, Daniel Hobbs, head of asylum at the Home Office, had already warned of this possibility in an appearance before the House of Commons internal affairs committee, in which he explained to parliamentarians that the only nationality excluded from expulsion to the African country are the Rwandans themselves. This was also referenced by Tom Pursglove, the secretary in charge of tackling illegal immigration, who told the committee that "there is absolutely no reason why a Ukrainian should get on a small boat and pay a human trafficker to get into the United Kingdom” if the British Government is granting them visas to enter legally.

Human rights organizations reacted immediately to the words of the premier, as is the case of Enver Solomon, executive director of the Refugee Council, which provides support and advice to refugees and asylum seekers, for whom Johnson's opinion is "markedly contrast to the British public who have opened their doors to Ukrainians in desperate search of safety.

1 This is China's largest destroyer, valued at... 2 Shock in Portugal for the crime of a 3-year-old girl... 3 New electoral defeat for the British 'premier',... 4 Rebellion on board: the prosecutors who stood up to... 5 The Balkans feel relegated by the EU after Ukraine... 6 This is how US missiles destroyed a heavily armed... 7 Afghans left alone in rescuing earthquake victims 8 Lasso makes concessions to initiate dialogue with... 9 EU countries confirm Ukraine the status of a candidate... 10 The brands denounced for reduflation deny the accusations... 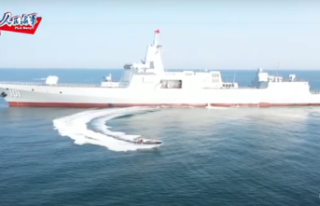 This is China's largest destroyer, valued at...