This is China's largest destroyer, valued at 920 million dollars: "The most powerful in the world"

With 355 vessels, the Chinese Navy outnumbers the 297 vessels of the US Navy. 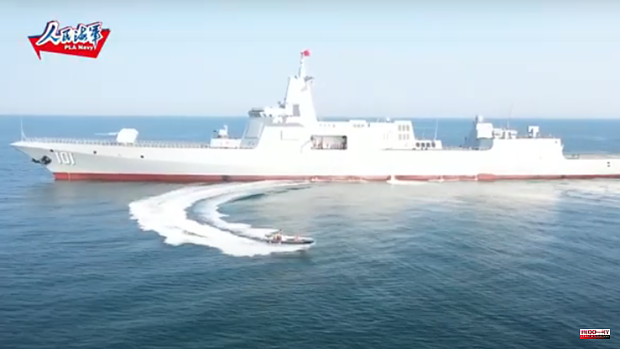 With 355 vessels, the Chinese Navy outnumbers the 297 vessels of the US Navy. In 2014, the China State Shipbuilding Corporation began building its largest vessel, the Type 055, which has been in service since 2020, according to 'Insider'.

This class of destroyers is also known as Renhai-class cruisers. As a multi-role warship, it is equipped with weapons to counter missiles, ships and submarines, according to the 'South China Morning Post'. As of today, there are six of them in service.

The first ship of the class, the Nanchang, was launched in June 2017 and commissioned in January 2020. Since then, five more have been deployed into active service: Lhasa, Anshan, Wuxi, Dalian and Yan'an. according to the geopolitical publication 'SpecialEurasia'.

Several military experts told the 'Global Times', a Chinese state media, that the role of the destroyer was to deter foreign intervention in case China carried out a military attack on Taiwan.

These ships use four gas turbines that generate a total of 150,000 horsepower. They have a cruising speed of 30 knots, or 56 km/h. They can accommodate more than 300 crew members on board.

While the Type 055 is less expensive than its American counterpart, the Zumwalt, it costs more than other notable Chinese vessels. According to the 'SCMP', the Chinese navy's Type 054D, once its most prized class of warships, cost half the price of Type 055 vessels. So the Type 055 represents a "major quantum leap." for China, according to a 2020 report from the US Naval War College.

Unlike the US-made USS Zumwalt, which focuses on ground attacks, the Type 055 is an amphibious assault ship, according to the 'SCMP'. And while the Zumwalt has been called a "failed ship concept" after being plagued by equipment problems, the Type 055 has been hailed as "the world's most powerful warship" for its long-range firepower.

1 Shock in Portugal for the crime of a 3-year-old girl... 2 New electoral defeat for the British 'premier',... 3 Rebellion on board: the prosecutors who stood up to... 4 The Balkans feel relegated by the EU after Ukraine... 5 This is how US missiles destroyed a heavily armed... 6 Afghans left alone in rescuing earthquake victims 7 Lasso makes concessions to initiate dialogue with... 8 EU countries confirm Ukraine the status of a candidate... 9 The brands denounced for reduflation deny the accusations... 10 Algeria demands 80 million from Técnicas Reunidas... 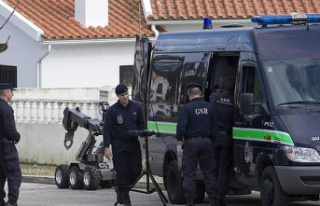 Shock in Portugal for the crime of a 3-year-old girl...