Sweden, Finland and Turkey meet in Madrid to unblock the negotiation on joining NATO

The Russian invasion of Ukraine has changed the geopolitical map of the world, causing countries such as Finland and Sweden to claim membership in NATO to ensure their security after the Kremlin's offensive. 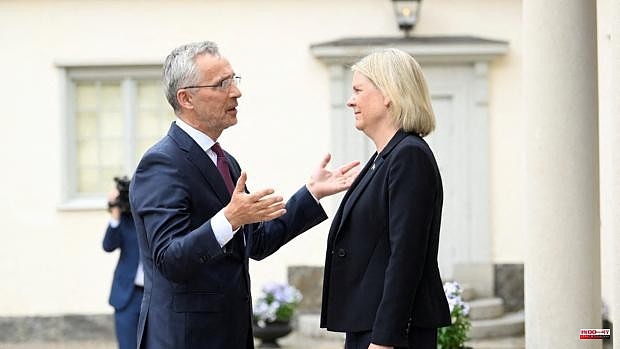 The Russian invasion of Ukraine has changed the geopolitical map of the world, causing countries such as Finland and Sweden to claim membership in NATO to ensure their security after the Kremlin's offensive. Although the initiative is welcomed by practically all the member countries of the Alliance -the unanimity of the 30 members is needed for it to go ahead-, the Turkish president, Recep Tayip Erdogan, has raised his reservations, blocking a negotiation that will try to disentangle itself with a meeting that will be held this Tuesday in Madrid.

“On Tuesday in Madrid, and at the request of the NATO Secretary General, a meeting will take place between Turkey, NATO, Sweden and Finland with the participation of our president.

This meeting will take place before the NATO summit," confirmed Ibrahin Kalin, the spokesman for the Turkish present, in an interview. Before flying to the Spanish capital, the Turkish president himself has demanded "results, not just words" from Sweden and Finland, demanding that they show that his concerns are taken into account.

Just yesterday, the Swedish Prime Minister, Magdalena Andersson, called on Ankara to lift its veto on the entry process, which the Turks justify by the alleged protection that Sweden and Finland offer to the Kurdish terrorists of the Kurdistan Workers' Party (PKK). ) and for the arms sales embargo imposed in 2019 after the Turkish incursion into northern Syria. But Erdogan also wants the United States to sell him its modern F-35 fighter-bombers, as the correspondent in Brussels, Enrique Serbeto, recalled a few days ago on ABC, emphasizing that Washington's reluctance was due, above all, to the fact that Ankara has bought the Russians the S-400 anti-aircraft system.

"The candidatures of Sweden and Finland will strengthen NATO, but an ally, Turkey, has expressed specific security concerns, and we must take them into account," Stoltenberg explained yesterday. "The only thing I can promise is that we are working as hard as possible to find a solution as soon as possible."

Fearing that the worsening of their situation is the key that opens the negotiations, the Kurdish refugee community in Sweden, made up of some 100,000 people, has begun to express their concern about Erdogan's claims. "We don't want the Kurds to be at the negotiating table," Shiyar Ali, a Scandinavian representative from the Kurdish regions of northern Syria, told Reuters.

As the newspaper 'The New York Times' recalled weeks ago, this is not the first time that the Turkish president has tensed decisive NATO negotiations in pursuit of his own interests. As early as 2009, Erdogan vetoed the appointment of a Danish-born secretary general, saying Denmark was too tolerant of Muhammad caricatures and once again deploring his ties to Kurdish leaders. The situation came to a head after former US President Barack Obama assured Erdogan that a Turk would be appointed to a senior position in the Alliance.

1 Francia Márquez, the vice president of “the nobody”... 2 Minority shareholders will take the assault on Indra... 3 Lagarde sure that the ECB will go "as far as... 4 Verde Esmeralda oil conquers gastronomic professionals 5 Jaume Plensa, elected academic of Fine Arts 6 The NATO summit in Madrid, live: Queen Letizia visits... 7 The ECHR condemns Spain for the police dossiers on... 8 A drug to treat HIV improves cognitive ability in... 9 Taxi drivers threaten to collapse Barcelona again... 10 Marta Calvo's mother declares before the eyes... 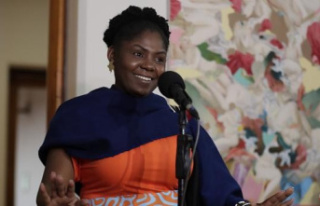 Francia Márquez, the vice president of “the nobody”...