Francia Márquez, the vice president of “the nobody” in Colombia

The night of triumph he wore them. 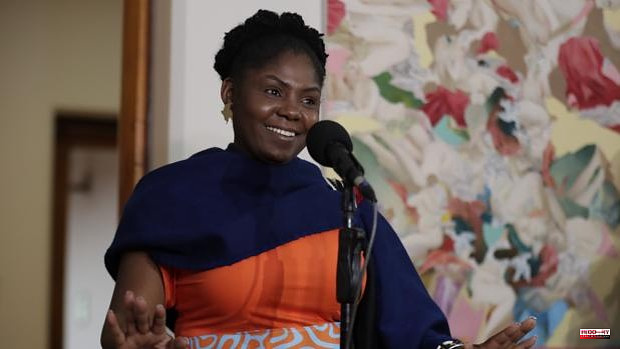 The night of triumph he wore them. But also the day he voted in the first round, and the morning of the second, when he arrived at the coliseum in the Las Mercedes neighborhood, in the town of Suárez, Cauca, where he was born in 1981. The golden earrings that Francia Márquez wears have the shape of Colombia, the almost complete map of a country that is still surprised by its success, in addition to that of Gustavo Petro, his presidential running mate.

A few months ago she wore other gold earrings, but with the departments of the Colombian Pacific, a region from which she is a native and perhaps the most forgotten by the Government. She wears Colombia and represents it in many ways: in her bracelets, necklaces and earrings; in her suits; in the color of her skin and in the racism that judges her lightly; in her efforts to educate herself and study law while she worked as a domestic worker; in the way of talking about her with a certain distance and at the same time with courtesy; in her belonging to her community and in her forced exile; in her love for her land and in the oblivion and exclusion to which she has been subjected.

But, above all, Francia Márquez embodies the country in its own history.

At the age of 13, he began his path as an environmental activist. He then opposed the diversion of the Ovejas River to the Salvajina reservoir because it caused a great impact on the region of La Toma, where he lived with his family, of peasant tradition. The community movement was successful and the course of his activism was marked.

A single mother at the age of 16 (she has two children) and forced to work in the mines and as a domestic worker to survive, in 2014 she demanded that the government stop illegal mining and contamination of the Ovejas River and marched for ten days, leading a group of 50 women who traveled 350 kilometers to reach the Ministry of the Interior. It was the first time that the center of the country and of power learned of her existence. Her demand was heard and heeded, even though the contamination of the river was irreversible.

She was invited to participate in the negotiations of the Peace Agreement, in 2016, to expose the impact of the armed conflict on the Afro, indigenous and peasant communities, which she calls "the nobody", invisible to the State and political elites. She then took flight from her regional leadership, national presence and international recognition from her. In 2018, she won the prestigious Goldman Environmental Prize, and in 2019 she was the victim of an attack. A year later she was elected president of the National Peace Council, and in that same 2020 she wrote on her Twitter account that she wanted to be president.

Against all odds, in the popular consultation of the leftist movements, France got the second highest vote after Gustavo Petro, just over eight hundred thousand votes. Although at first it seemed that Petro was not going to comply with the internal agreement, France did not abandon the battle and demanded that the commitment be fulfilled by which whoever succeeded Petro in number of votes would be his vice-presidential key. The France phenomenon is estimated at more than a million votes that contributed to achieving the presidency.

On the day of the election there were many who came out to celebrate that a person like them had managed to break the spell to reach the highest point of power. An older man, in a popular neighborhood of a town in Cauca, represents the feelings of millions. In a TikTok video, he is seen going out on the balcony of his apartment, jumping excitedly and crying, shouting: “First black female vice president! Long live Colombia, long live France! Thanks God! First Black Vice President...! After 200 years, God!" He clutches his head and begins to cry. It is six in the afternoon on Sunday, June 19, and the National Anthem is playing in the background.

1 Minority shareholders will take the assault on Indra... 2 Lagarde sure that the ECB will go "as far as... 3 Verde Esmeralda oil conquers gastronomic professionals 4 Jaume Plensa, elected academic of Fine Arts 5 The NATO summit in Madrid, live: Queen Letizia visits... 6 The ECHR condemns Spain for the police dossiers on... 7 A drug to treat HIV improves cognitive ability in... 8 Taxi drivers threaten to collapse Barcelona again... 9 Marta Calvo's mother declares before the eyes... 10 The CHT prepares the banks of the Alberche river as... 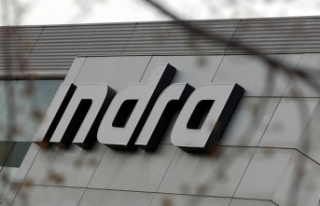 Minority shareholders will take the assault on Indra...