Svetlana Tijanovskaya (39 years old), the Belarusian opposition leader who led the protests against the Lukashenko regime almost two years ago, after her husband and presidential candidate was arrested, spoke yesterday with ABC about her country's struggle to become in a democracy that manages to escape from the clutches of the Kremlin. 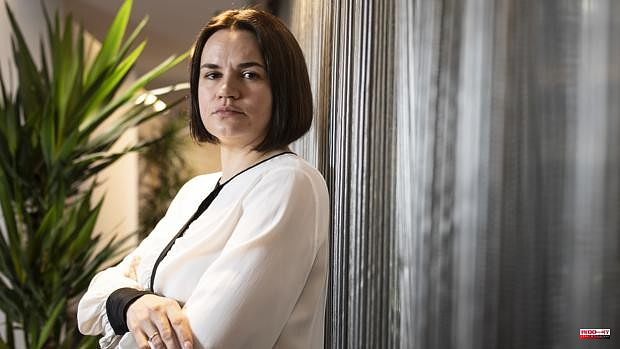 Svetlana Tijanovskaya (39 years old), the Belarusian opposition leader who led the protests against the Lukashenko regime almost two years ago, after her husband and presidential candidate was arrested, spoke yesterday with ABC about her country's struggle to become in a democracy that manages to escape from the clutches of the Kremlin.

My country is still a dictatorship. In 2020, Lukashenko lost the elections in Belarus, the people rose up, and for several months there were demonstrations. With the support of the Kremlin and through repression, Lukashenko managed to put an end to that important moment.

Since then, our fight has not stopped for a single day. Now we act mainly clandestinely, because the price to pay is very high. But our society has not given up. People are fighting outside and inside the country. I hope that the transition we are talking about will take place in the near future and that we will be prepared for it. We keep fighting and we will not stop until all our political prisoners are released and we have clean elections in Belarus.

Do you think that the Ukrainians' fight against Putin's invasion of Ukraine may also inspire Belarusians to revolt against Lukashenko?

As I have pointed out, the Belarusian people have not stopped for a day, but of course now, when we see how brave the Ukrainians are and how they defend their land, we are inspired. Not just us, but the whole world. Ukraine and Belarus are neighboring countries with very close relations, and we understand that the fate of both is interconnected. Putin does not respect our nations and our independence and the right to choose our own future. He believes that we are part of Russia's sphere of influence. We have to show that Belarusian society is something different from the Belarusian regime. The Lukashenko regime collaborates with Putin, but the Belarusian people are with the Ukrainians. And that is why, despite the enormous terror in our country, there are marches to support Ukraine. Thousands of people have been arrested since then. And that shows that the protests are useless for the moment, because they cause more arrests and that new families continue to suffer from the regime. So our activists have started to work underground, stopping trains to steal Russian equipment bound for Ukraine or taking pictures of Russian planes and troops and then sending them to the Ukrainian side so they are prepared.

Are you related to President Zelensky? Have you been able to talk to him in recent months?

Before the war, we had good conversations at the working level. I have never met him. The reason was that the president was quite cautious in his relations with the Belarusian society, because Lukashenko always said that Belarus would never invade Ukraine. I think that now Ukrainian politicians have opened their eyes to the real political situation in Belarus. We are organizing ourselves in kyiv to have a relationship with politicians and diplomats, because we need to have a presence there to show the Ukrainians that we are with them and to fight together for the independence of our countries.

Do you think that Lukashenko can aggravate the repression using the pretext of the Ukrainian crisis?

The repression has not stopped for two years and the number of political prisoners is increasing day after day. Lukashenko is now arresting everyone who is against the war, because if you are against the war, it is as if you are against him. Lukashenko knows that people oppose him. He knows that if the repression stops, there will be new protests, and that is why he uses it as a way to scare people. But people are not giving up and that also scares him. They draw strength to continue the fight.

Has Lukashenko been strengthened after the constitutional reform approved in February?

The change was totally imperceptible for our country. That constitution does not represent any positive advance for society. The only thing that changes is our neutrality, because now we can go back to stockpiling nuclear weapons. Lukashenko likes to show Russia that it can put its own on our territory.

Why does Lukashenko support Putin in the invasion of Ukraine?

We have to understand that these two people have always maintained a friendship, a false friendship, in which they have always used each other when they needed it. So in 2020, when Lukashenko realized that the people were against him, he sought political and financial support from Putin. He is now paying off his debts and showing his loyalty to her, because he knows that he has become an outcast. Putin needs Lukashenko to show that he is not alone in this war. But now that the Russian blitzkrieg has been shown to have failed, Lukashenko has changed. He wants to show that he is important and that he can solve problems. He wants to present himself to the world as a peacemaker. He is a liar and he does everything to stay in power.

Her husband was sentenced to 18 years in prison last December. Have you been able to talk to him recently? Do you know how he is?

My husband was arrested on May 19 two years ago and since then I have not seen him. I can only communicate with him through a lawyer. My children can send you letters. They don't deliver mine. It is painful to see how children grow up without their parents. My six-year-old daughter always asks me when we'll see dad. I understand that there are thousands of children who are also waiting for their mothers and fathers. We are doing everything we can to free our people.

1 The CNESST orders the work to be stopped at Domaine-de-l'Estérel 2 The Coyotes will have to avoid missteps to keep their... 3 Spectrum license: Videotron wins again against Telus 4 ERC gives another notice to the Government and forces... 5 The PP demands explanations for Sánchez's last... 6 The PP stumbles in the territorial debate, its cornerstone,... 7 A dean of the Canadian army dies 8 Half a million euros to arm 300 elite agents of the... 9 Sangenjo, "delighted" with the royal visit 10 Outage of television service at Bell in Quebec and... 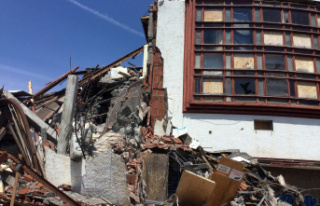