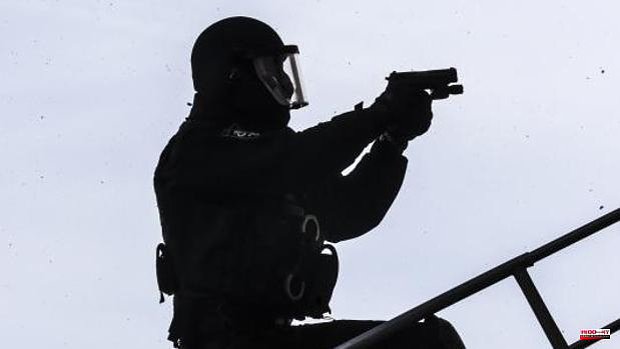 Weapons experts from the National Police will choose in the coming weeks the new high-tech pistols with which 300 elite agents, belonging to the Special Operations Group (GEO) and the Special Operational Security Group (GOES), will be equipped. The contract will be signed in the coming weeks, after the selection process opened by the General Directorate of the Police. According to the internal reports with which this tender has been promoted, to which ABC has had access, this contract is necessary to correct the "shortcomings" of the small arms with which these elite agents are currently equipped.

Companies bidding for this contract must offer pistols that meet a detailed list of requirements defined for this purpose by the National Police Armament Service.

Each bidder must provide five pistols of the proposed model. These weapons will be evaluated by experts from the Police Weapons and Equipment Service.

Due to the benefits required for these weapons, the National Police calculates that their unit price will be around 1,500 euros, VAT included. Hence, the total estimated price of the 300 that it plans to acquire reaches a maximum of 453,750 euros.

“Currently, the shortcomings regarding ergonomics, operability and versatility of the available small arms force this acquisition to be undertaken” for the GEO and GOES agents, indicates the official report that justifies this tender. The new pistols will allow "to have safer and more modern means, granting tactical and operational characteristics superior to the current ones" for some units that -underlines the same report- face operations of special danger, both for them and for third parties that are are involved in their missions, such as those related to kidnapping or terrorism.

Each pistol that is eligible for this contract will be tested for resistance and performance in extreme conditions. For example, the weapons and their chargers will be placed in ovens and cold chambers to subject them to temperatures of 50ºC and -20ºC for 24 hours, after which they will be fired to check their operability. They will also be subjected to resistance tests: they will be shot a total of 5,000 times, spread over five sessions, one per day. Each session will include ten rounds of 100 shots, after which the resistance of the parts of the weapon that are subject to the greatest wear and tear will be verified.

For this tender, it is required that they be semi-automatic pistols, of the caliber 9x19 mm, "of great reliability, which due to its manufacturing characteristics offer the greatest security guarantees to the user", specify the official specifications of the tender. The barrel must have a minimum length of 100 millimeters and be designed to incorporate a silencer.

The requirements also detail the conditions that the resistance of the trigger, the magazine, the automatic safety system or the handle must have. For example, it details that the pistol must be designed with the "suitable shape to allow the support of the index finger of the hand that supports the action of the shot, for greater efficiency in two-handed shooting."

It is also required that the pistols that opt ​​for this contract be equipped with a tritium sight system, to perfect aim in the dark. With this same objective, these weapons are required to incorporate a dual aiming aid system in night operations: a green laser "visible at great distances" and a white LED lighting bulb "with a visible range". of at least 50 meters.

1 Sangenjo, "delighted" with the royal visit 2 Outage of television service at Bell in Quebec and... 3 The big left-handed elephant in the room 4 What a comeback from the Rocket! 5 The Lightning continue their momentum 6 Jeanick Fournier wins "Canada's Got Talent" 7 Deer slaughter: Me Goldwater sues the City of Longueuil 8 His life shattered by guns 9 Astros tie major league record against Red Sox 10 Oilers | Flames: “It had been intense the whole... 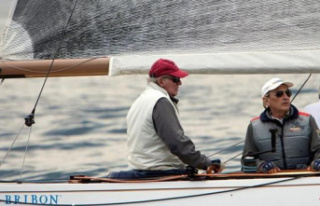