ERC gives another notice to the Government and forces Ribera to appear, as Gamarra requested

ERC yesterday gave another sign that its relationship with the Government is still far from being rebuilt by supporting in Congress the urgent appearance of the third vice president, Teresa Ribera, requested by the PP for the gas price cap. 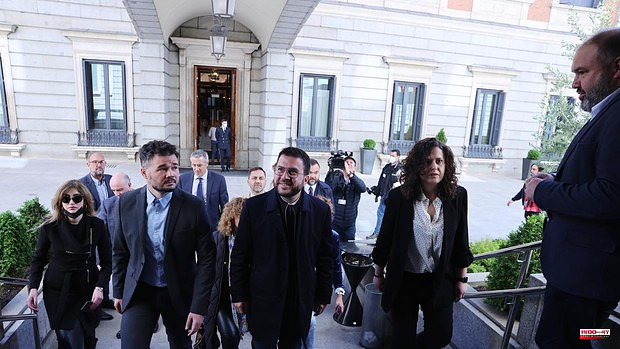 ERC yesterday gave another sign that its relationship with the Government is still far from being rebuilt by supporting in Congress the urgent appearance of the third vice president, Teresa Ribera, requested by the PP for the gas price cap. The support of the Republicans joined that of Vox, Ciudadanos, the Mixed Group and the popular ones themselves, joining a majority in the Board of Spokespersons and forcing Ribera to give explanations that the PSOE tried to avoid. Other government partners, such as the PNV, aligned themselves with the socialists and voted against the popular initiative.

The third vice president will now have to find a date to go to Congress to report on the new mechanism to limit the price of gas approved by decree-law last week, and pending the validation of Congress, as well as on the negotiations carried out with the Commission European

It is the third time, since the Pegasus case broke out, that the Republicans have joined forces with the Popular Party to force the Government to give explanations to Parliament. Until now, the ERC had been saving the chief executive, Pedro Sánchez, from being held accountable when the PSOE showed its disagreement, but in recent weeks it has promoted or been part of the majorities that have forced the socialist leader to go to the chamber to explain the Pegasus case and his deal with the King of Morocco over the Sahara.

The first of these appearances will take place on Thursday of next week in a monographic plenary session initially convened by the listening to the independentistas. The PP requested yesterday the extension of the appearance so that it includes the puncture of the mobile of Sánchez himself and other members of the Executive. For the PP spokeswoman, Cuca Gamarra, it is necessary for the head of the Government to explain how this security breach occurred, what protocols the Government follows to avoid cyber attacks and if they have been complied with. And this because it was the Executive itself that made the espionage known.

However, this request did not go ahead yesterday in the Board of Spokespersons, where the Socialists and the bulk of their allies understood that it was not necessary to expand the purpose of the appearance as it was monographic. According to sources at the meeting, the criterion that was imposed is that the explanations cover everything related to the case and that the head of the opposition will account for the espionage to the Government, although this does not appear in the call.

The other forced appearance, on the agreement with the King of Morocco on the Sahara, will take place in the first week of June. The Government decided to give priority to the explanations by Pegasus, although they were requested later, to try to close the gap opened with ERC. But although the change of position on the Sahara has remained in the background, it also continues to motivate hostile initiatives on the part of its partners. Today, Congress will debate a non-law proposal promoted by the PNV, one of the great allies of the Socialists, so that the chamber expresses its "disagreement" with the "radical and historic" turn taken by Sánchez. According to parliamentary sources, it is very possible not only that the initiative will be approved but that it will again show the rupture of Podemos and PSOE in this matter.

1 The PP demands explanations for Sánchez's last... 2 The PP stumbles in the territorial debate, its cornerstone,... 3 A dean of the Canadian army dies 4 Half a million euros to arm 300 elite agents of the... 5 Sangenjo, "delighted" with the royal visit 6 Outage of television service at Bell in Quebec and... 7 The big left-handed elephant in the room 8 What a comeback from the Rocket! 9 The Lightning continue their momentum 10 Jeanick Fournier wins "Canada's Got Talent" 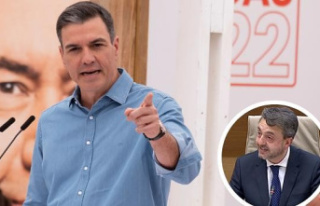