The PP stumbles in the territorial debate, its cornerstone, and gives air to Vox and Ciudadanos in the middle of the pre-campaign

In the Popular Party, confusion has spread in recent days, seeing how its national leaders stumble in a basic and nuclear debate of its political project, the territorial one, that of the defense of the indissoluble unity of the Spanish nation. 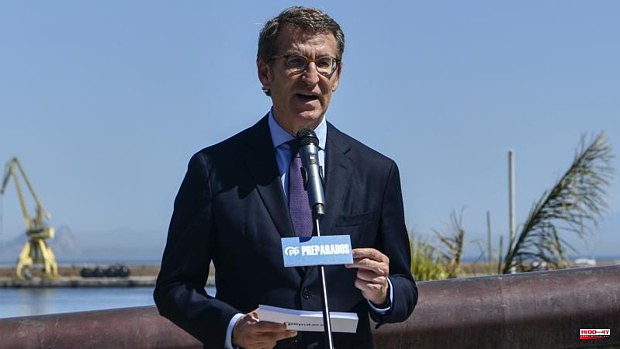 In the Popular Party, confusion has spread in recent days, seeing how its national leaders stumble in a basic and nuclear debate of its political project, the territorial one, that of the defense of the indissoluble unity of the Spanish nation. A basic political concept, from which everything else comes. Well, right there the leadership of the PP has collided, to the astonishment of locals and strangers, while its rivals in the center-right space, Vox and Ciudadanos, rub their hands and have taken advantage of the alleged mistakes of their adversary to make blood in full pre-election campaign.

First it was Alberto Núñez Feijóo, who surprised within his party, especially in the Catalan PP, by speaking openly of the Catalan 'nationality', a term, that of 'nationalities', which is included in the Constitution, but which in the popular rows like it just right, to say nothing.

It is obeyed, but it is obvious and it is not pronounced. At least until now.

The idea of ​​exporting the 'Galician model', an identity and friendly autonomy, together with a 'cordial bilingualism', as Feijóo calls it, to other communities such as the Basque Country or Catalonia is an idea that creates debate, and a very lively one, within the P.P.

But what left the entire party paralyzed were the words of the general coordinator, Elías Bendodo, in an interview in 'El Mundo' last Monday. There he assured, with all the words, that in his opinion Spain is a «plurinational State». And that is already big words, outside the PP, and much more inside, where if Bendodo does not rectify immediately, the internal earthquake would have shaken the foundations of Don Manuel Fraga's party.

Bendodo rectified in his own way, which was not to everyone's taste, because he stopped halfway. He wrote this on his Twitter account: "My position is clear but I didn't explain it properly yesterday. I clarify: Spain is an indissoluble Nation of 17 autonomies with their own identities. The differences of each CCAA can be respected and a single Spain that respects art can be defended. 2 of the Constitution.”

The 17 autonomies with their own identities continued to collide with the soul of the PP, not to mention other statements of his, such as when he said that Catalonia is a nationality, "like any other autonomous community." In other words, according to Bendodo, Madrid is a nationality, as is La Rioja, and Murcia is not far behind. And meanwhile, Vox and Ciudadanos gathering ammunition for the Andalusian electoral campaign, just around the corner.

In the midst of a jumble of ideas and territorial inventions, and despite the attempt to rectify, Feijóo had to make a statement on Tuesday during his visit to Ceuta in which he actually assumed the need to make it clear that the PP has not changed and that it continues to hold that Spain is a nation, and not 17.

The president of the PP was very clear until reaching the hyperbole, «Spain is the oldest nation in the world, along with France», and his message tried to settle the debate and calm the anxiety of his own: «It is obvious that Spain It is not a multinational state, nor is it nor will it be.

And in case there was still any doubt about his territorial 'creed', he recited Article 2 of the Constitution from memory, including a slip when he said that he recognized the right of nations to autonomy. He instantly corrected himself and endorsed the entire article 2, from the beginning to the end, including the recognition of nationalities:

"The Constitution is based on the indissoluble unity of the Spanish Nation, common and indivisible homeland of all Spaniards, and recognizes and guarantees the right to autonomy of the nationalities and regions that comprise it and the solidarity between all of them."

1 A dean of the Canadian army dies 2 Half a million euros to arm 300 elite agents of the... 3 Sangenjo, "delighted" with the royal visit 4 Outage of television service at Bell in Quebec and... 5 The big left-handed elephant in the room 6 What a comeback from the Rocket! 7 The Lightning continue their momentum 8 Jeanick Fournier wins "Canada's Got Talent" 9 Deer slaughter: Me Goldwater sues the City of Longueuil 10 His life shattered by guns 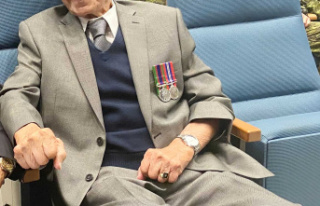