When the mayor of Sanxenxo yesterday finally made official what was on everyone's lips, that the King Emeritus was going to visit the municipality this weekend, the streets were empty and the shops closed. 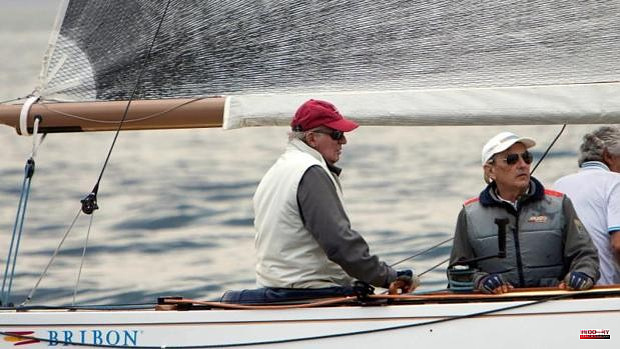 When the mayor of Sanxenxo yesterday finally made official what was on everyone's lips, that the King Emeritus was going to visit the municipality this weekend, the streets were empty and the shops closed. It was not the typical postcard of this tourist town that the former monarch frequented regularly. The rain and the cold secluded the neighbors and the few tourists. Whims of the Galician May. The alderman, Telmo Martín, was clear: "King Juan Carlos will be here this weekend" and "we will be happy to show him the love we feel for him." With pride, Martín confirmed the return of the monarch after spending almost two years living outside of Spain. The file of the proceedings of the Prosecutor's Office was a turning point.

The letter from Don Juan Carlos to his son in March conveying his desire to return to spend some time in his homeland started the countdown. The date is this Friday.

It is not easy to give up a passion. In the case of Don Juan Carlos it is the candle. His return date is not accidental. This weekend there is a regatta of the class that he has become fond of in recent years, the 6mR, which allows him to navigate despite his limitations of movement. The owner Pedro Campos, president of the Real Club Náutico de Sangenjo and a close friend of Don Juan Carlos, does not hide his satisfaction either. “We have been waiting for this moment for a long time for all kinds of reasons.”

Campos confesses that he learned of the arrival through the mouths of journalists Fernando Ónega and Carlos Herrera, "and hours later we received confirmation." "How many times was it said that he came and he didn't come," he jokes now. The town of Pontevedra will welcome him "with sympathy and respect". "He is very comfortable here," he points out, "he leads a very normal, discreet, private life." On previous occasions, the King has stayed in his house, a location that facilitates security tasks. Don Juan Carlos has good friends in Sanxenxo.

The Galician shipowner internally harbors another conviction: that this visit by the King Emeritus is the foretaste of his return in a month, when the 6mR World Championship is held in these same waters, a championship that Don Juan Carlos "helped a lot to achieve ». "He has been with a huge illusion for a long time," Campos reveals, "something very strange would have to happen for him not to come to the World Cup." And this Friday he will get on his 'Rogue': "100% sure."

The opposition in Galicia is not enthusiastic about this return: "It is a private visit that I am not going to value, that I am going to respect but that I am not going to applaud either," the leader of the Galician PSOE, Valentín González Formoso, said yesterday. However, the visits of Don Juan Carlos have always caused a furor in the town. Although he is reserved and discreet —he is not usually seen walking— his presence does not go unnoticed in the capital of the Rías Baixas. The King Emeritus has spent decades competing and spending the summer in the town, and its inhabitants do not need to read the press to know when there is a royal visit. During the previous days, in addition to the inevitable rumors on everyone's lips, controls and police presence increase at the entrances and exits of the town and its nautical surroundings. It is the only 'but', they point out.

"Sanxenjo has always received the King well," says Joaquín Mosteiro, a hotelier in the town's wine area. In addition, he has coincided with him on several occasions, when he worked at the Hotel Carlos I, a few hundred meters from the bar that he now runs: «I have always attended him personally, and always very well. At a first dinner with several friends he called me and asked me if he was from here, because he thought he was English », says the blond owner, laughing. "I was very nervous, but he is very folksy," as they say.

There are warmer voices. There are also people who "doesn't care". "There is something for all tastes, it doesn't work for me, it doesn't come to me, it doesn't affect me," says Ángeles, a local resident. Others, on the contrary, are great defenders of the figure of the previous Head of State: "He should never have left Spain or apologize," Emilio and Lola say. In addition, "we must bear in mind that from the advertising point of view, a campaign like this for Sanxenxo is priceless."

Juan Manuel Pazos has a restaurant near the yacht club, and he is also a staunch defender of the monarch: "He has achieved things for Spain that other people have not achieved." But it does not coincide with the story of the economic impact, not at least in his business: «It does not affect us, because these people are not going to come to a common restaurant, these people are going to eat at restaurants where the security measures are optimal », he says remembering his time in one of those establishments. They came to ask for his criminal record. No, he didn't have.

1 Outage of television service at Bell in Quebec and... 2 The big left-handed elephant in the room 3 What a comeback from the Rocket! 4 The Lightning continue their momentum 5 Jeanick Fournier wins "Canada's Got Talent" 6 Deer slaughter: Me Goldwater sues the City of Longueuil 7 His life shattered by guns 8 Astros tie major league record against Red Sox 9 Oilers | Flames: “It had been intense the whole... 10 In the United States, the firearms market has exploded... 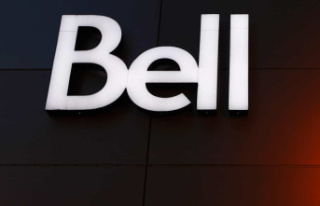 Outage of television service at Bell in Quebec and...