Russia "don't give a damn": Medvedev scoffs at the G7 declaration

After their meeting, the G7 states declared that they would "never" recognize border changes through military force. 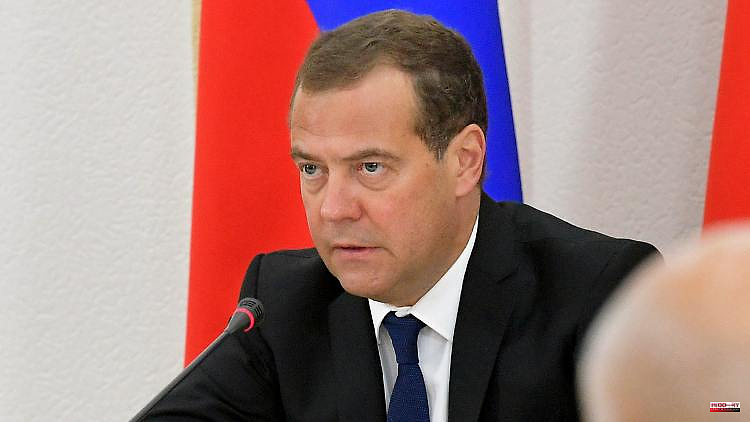 After their meeting, the G7 states declared that they would "never" recognize border changes through military force. Russia clearly shows what it thinks of it. "To put it mildly, our country doesn't give a damn about not recognizing the new borders," said former President Medvedev.

Former Russian leader Dmitry Medvedev has responded with sarcasm and criticism to the leading industrialized nations (G7)'s support for Ukraine. "To put it mildly, our country doesn't give a damn about the G7 not recognizing the new borders," he commented on his Telegram channel, commenting on the G7 states' declaration that they "never" want to recognize border changes that Russia wants to enforce with military force. In this case, only the will of the people living there is important, according to Medvedev.

For several weeks there has been speculation about referenda in parts of Ukraine occupied by pro-Moscow troops for an annexation to Russia. The 56-year-old once again referred to Kosovo, which the Kremlin sees as a precedent for the possible shifting of borders.

He described the G7's promise to Kyiv to continue supplying arms to Ukraine as a continuation of a "covert war against Russia" and the planned reduction in dependence on Russian energy sources as "plundering" the citizens of the G7 countries, who are now paying higher prices would have to pay to support the "corrupt regime in Ukraine". Overall, Medvedev criticized the statements at the G7 meeting as mendacious.

The former Russian president, who was seen as more liberal during his tenure than current Kremlin chief Vladimir Putin, has made a name for himself with a series of harsh statements against the West and Ukraine since the beginning of the war. He equated Ukraine with the National Socialist Third Reich and denied its right to exist, threatened the expropriation of Western corporations in Russia and threatened the stationing of nuclear weapons in the Russian Baltic region if Sweden and Finland joined NATO. 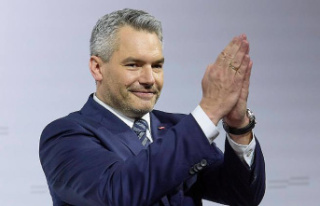 100 percent of the votes: Austria's chancellor...