A day before the state elections in North Rhine-Westphalia, a few dozen people disrupt the official FDP election campaign finale in Düsseldorf. 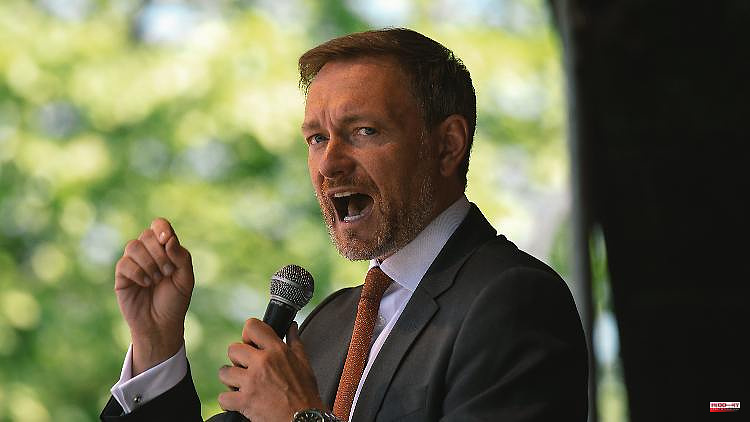 A day before the state elections in North Rhine-Westphalia, a few dozen people disrupt the official FDP election campaign finale in Düsseldorf. They call party leader Lindner a "warmonger" and a "liar". To counter them, he has to raise his voice a lot.

FDP federal party leader Christian Lindner defended Germany's military and financial support for Ukraine amid loud protests in Düsseldorf. A few dozen troublemakers who shouted "warmongers" and "liars" at the finance minister, Lindner countered: "If you think you can upset me, you're wrong."

At the official election campaign finale of his party, however, he had to raise his voice badly. The special situation after the Russian war of aggression brought about a turning point and required new debts in Germany, emphasized Lindner. The 100 billion euro special fund is needed "to stop the Bundeswehr's 16 years of neglect."

"You have to be able to fight so that you don't have to fight," is the motto, the Federal Minister of Finance called out one day before the state elections in North Rhine-Westphalia. "This does not mean a militarization of German foreign policy." Germany is on the side of Ukraine, which also defends European values ​​of freedom. Addressing the small group of disruptors, Lindner shouted to great applause from the audience: "The brave Ukrainians even defend the freedom of those who trample on them."

The FDP is currently forming a coalition with the CDU in the most populous federal state. Recent polls see the FDP mostly at seven to eight percent, for a new edition of a black and yellow government in NRW it would not be enough. In the 2017 state election, the FDP won 12.6 percent. 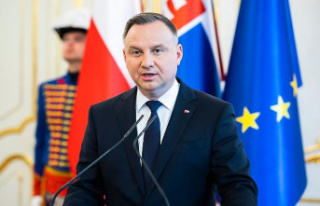