For fight against Russia: G7 want to supply Ukraine with weapons if necessary for years

The meeting of the G7 countries is also about arms deliveries. 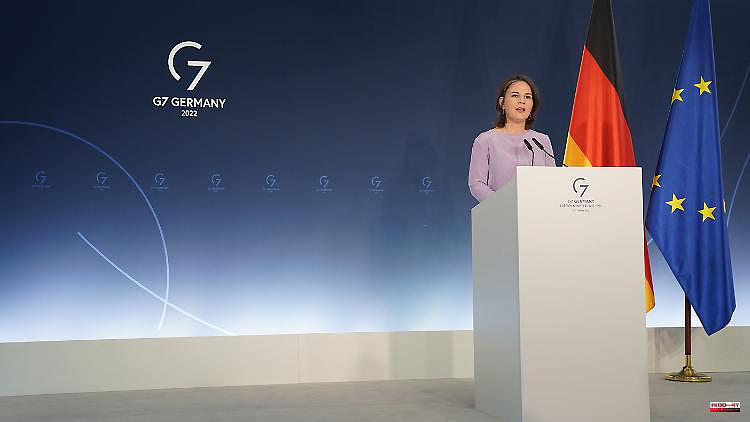 The meeting of the G7 countries is also about arms deliveries. While Ukraine's desire for Western combat aircraft remains unfulfilled, Foreign Minister Baerbock makes it clear: Ukraine can rely on the delivery of other weapons and equipment - if necessary for years.

If necessary, Germany and the other G7 countries want to continue supplying the Ukrainian armed forces with weapons and other military equipment for the fight against the attackers from Russia for years to come. "We will continue our ongoing military and defense assistance to Ukraine for as long as necessary," said a statement adopted by foreign ministers of the Group of Leading Democratic Industrialized Nations (G7). Foreign Minister Annalena Baerbock also emphasized the political support of the G7 states at the end of consultations near Weißenhäuser Strand on the Baltic Sea in Schleswig-Holstein.

"We will never recognize border changes that Russia wants to enforce with military force," she said. The G7 countries have a key role to play in "preventing the global effects of this war from plunging the world into an uncontrollable crisis." In addition to Germany, the group includes the NATO countries USA, Canada, France, Great Britain, Italy and Japan. Germany currently chairs the G7 group.

However, the Ukrainian request for the delivery of western combat aircraft remains unfulfilled. Questions about further deliveries would first have to be clarified together "down to the last detail", said Baerbock, referring to a great deal of responsibility "in this absolutely difficult situation".

Chancellor Olaf Scholz recently indicated that supplying Ukraine with ever heavier weapons could lead to an escalation of the war and ultimately a nuclear war with Russia. According to him, Germany "always carefully weighs up the delivery of heavy equipment," but at the same time does not simply do everything that one or the other requests.

Baerbock also gave Ukraine no hope for a quick transfer of frozen Russian state funds. "Access to frozen money is legally (...) anything but easy," she explained. There are a number of good reasons for taking this path - but sanctions and such a step in particular must also stand up to German law and the European Court of Justice.

At the meeting in Schleswig-Holstein, Ukrainian Foreign Minister Dmytro Kuleba asked Germany and the other G7 countries to pass laws to confiscate Russian state assets and make them available to Ukraine for the country's reconstruction. "We're talking about hundreds of billions of dollars in Europe," he said. In addition to legal difficulties, political risks are also seen in Europe. It is feared that countries like Russia and China will set up an alternative international financial system in response to expropriations.

After the meeting, Baerbock emphasized the special responsibility of the G7 countries. As the strongest industrial nations among the democracies, they have the chance and the means to counter hunger, instability, energy insecurity and the gradual erosion of democratic values ​​and human rights through disinformation.

"How we act now, or how we don't act, will shape our interactions in the world for many years and maybe even decades," said Baerbock. But you have to be prepared for the fact that the fight against the current global crisis will be a long-distance race.

With the blockade of grain deliveries from Ukraine, for example, Moscow is preparing "the breeding ground for new crises in order to deliberately weaken international cohesion against Russia's war," said the minister. Up to 50 million people, mainly in Africa and the Middle East, are also affected by food insecurity.

The Russian strategy is accompanied by a "massive disinformation campaign that tries to reverse the perpetrators and victims with absurd claims". Baerbock emphasized: "There are no sanctions against grain, there are no sanctions against medicines or humanitarian aid." The Western sanctions are aimed "at the center of power of the Russian regime so that this war, which is contrary to international law, can be stopped."

Referring to the blocked Ukrainian ports, Baerbock said alternatives to shipping grain from Ukraine are currently being explored to break the Russian blockade in the area. After there were problems with rail transport via Romania, they are examining exports via the Baltic ports. However, the prerequisites would first have to be clarified as to how the ports there could be reached.

Normally, five to six million tons of grain per month could be shipped from Ukraine by sea, Baerbock said. With a delivery by rail, it is clear that you get significantly less grain. So far, a fraction has been exported by rail, mainly via Romania. The "bottleneck" is that the Ukraine and Romania have different track widths on the railways. A lot of time is lost as a result. 25 million tons of grain were stored in the Ukrainian ports. 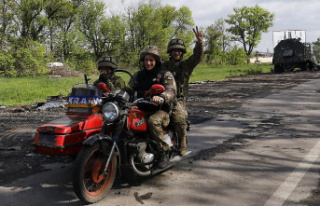