Reporter killed in Jerusalem: Violence at funeral triggers outrage around the world

At the funeral of a journalist who was killed in Jerusalem, the Israeli police used batons against mourners. 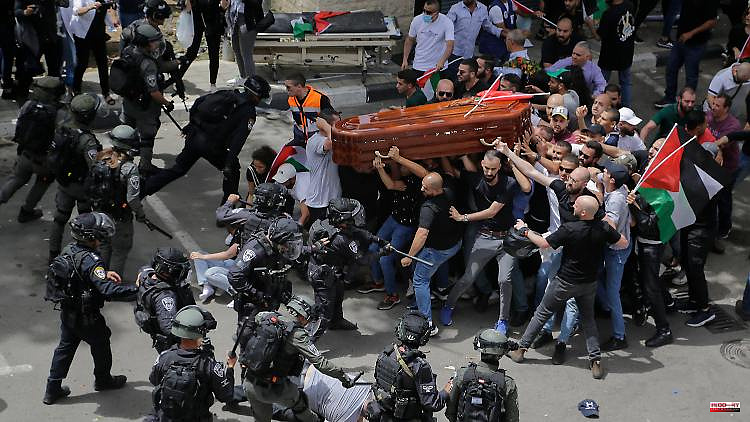 At the funeral of a journalist who was killed in Jerusalem, the Israeli police used batons against mourners. The images caused international outrage. Federal Foreign Minister Baerbock also criticizes the actions of the security forces. Meanwhile, Israel has announced an investigation into the case.

Foreign Minister Annalena Baerbock expressed her dismay at the violence at the funeral of a reporter from Al-Jazeera TV station who was killed in Jerusalem. It is sad that "the funeral service could not take place in peace and with dignity. To be honest, personally, I am deeply shocked," Baerbock said in response to a reporter's question at a press conference at the end of a G7 meeting near Weißenhäuser Strand Baltic Sea. The Israeli police announced an investigation into what happened.

The journalist Shirin Abu Akle, who was shot dead in the West Bank on Wednesday, was buried on Friday in a Christian Orthodox cemetery next to Jerusalem's old city. Al Jazeera and Palestinian President Mahmoud Abbas have accused Israeli security forces of deliberately killing the 51-year-old. Thousands of people came to the funeral. The confrontations erupted during the procession to the cemetery. Videos showed how security forces used batons against mourners and the coffin bearers. The police will learn lessons from the incident, it said in a statement. Hundreds of violent participants tried to sabotage the ceremony and harm police officers.

The images sparked international outrage. Criticism came from the United Nations, the USA and the European Union, among others. The UN Security Council called for an "immediate, thorough, transparent, fair and impartial investigation" into the journalist's killing.

Shirin Abu Akle was shot dead during an Israeli military operation in the occupied West Bank on Wednesday. According to the army, there was a fierce firefight with dozens of Palestinian militants during a raid in Jenin. On Friday, the Palestinian Attorney General's Office said that only Israeli troops fired at the moment the journalist was hit. Israel's army, on the other hand, published interim results of its investigation, according to which it is currently not possible to "unambiguously" say where the fatal shot came from.

A dpa reporter reported on the funeral on Friday that there was no warning before the police pushed back the mourners and pallbearers and then attacked them with batons. The police said on Friday that participants in the funeral procession had thrown stones at police officers. The incident happened when several people were carrying the dead journalist's coffin on their shoulders out of the hospital. The procession then made its way to the cemetery. The coffin was carried in a car instead. The Palestinian rescue service then spoke of 33 injured. The Israeli police reported six people who had been arrested.

Minister Baerbock said democracies "depend on courageous journalists being able to report the truth - and to do so safely". They should "never be the target of violence in order to be able to do their important work". It is important to her that the death of the journalist is clarified transparently. 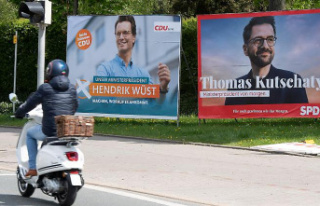