The day of the war at a glance: Russian troops withdraw from Kharkiv - Putin warns Finland against joining NATO 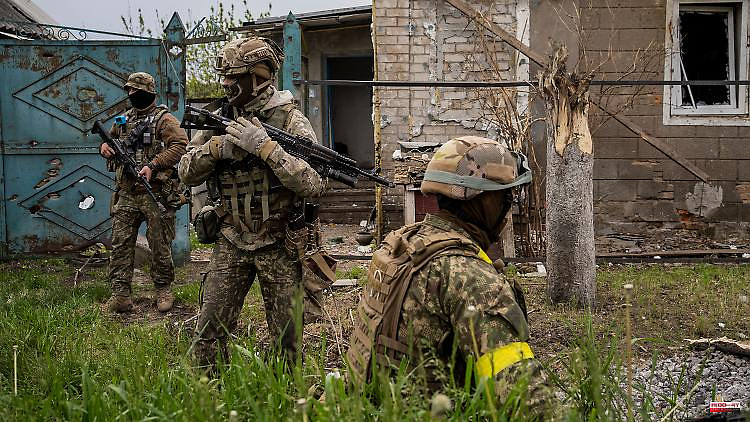 During a phone call, Russia's President Putin warns his Finnish counterpart Niinströ against joining NATO. Turkey has attached a condition to the country's inclusion in the military alliance. Kyiv reports the withdrawal of Russian troops from Kharkiv. The 80th day of the war at a glance.

Russian troops in Kharkiv pushed back

According to the Ukrainian army, it succeeded in driving the Russian troops out of the northern city of Kharkiv - which had been a priority for Moscow. In the Kharkiv region, "enemy efforts are primarily focused on ensuring the withdrawal of its units from the city of Kharkiv," said a spokesman for the Ukrainian General Staff. Kharkiv region governor Oleg Synegubov, meanwhile, said in a video on Telegram that Ukrainian forces were launching a counterattack towards the northeastern city of Izyum.

According to the US-based Institute for the Study of War, a defense think tank, the Ukrainians "appear to have won the battle of Kharkiv." "Ukrainian forces prevented Russian troops from encircling, let alone taking, Kharkiv, and then drove them out of the city's outskirts." They would have done the same thing in the battle for the Ukrainian capital of Kyiv.

According to their own statements, the Ukrainian troops also slowed down the Russian advance in the east of the country with fierce resistance. The soldiers repelled the enemy's attempts to cross a river and encircle the city of Severodonetsk, said the governor of the Luhansk region, Serhiy Gaiday. "Fierce fighting is currently going on on the border with the Donetsk region, on the side of the city of Popasna," Gaiday said. According to the governor, the Russian troops suffered heavy losses of soldiers and equipment. From intercepted telephone conversations, the Ukrainian side learned "that an entire Russian battalion refused to attack because they saw what was happening."

Aerial photos showed dozens of destroyed armored vehicles on the riverbank, as well as wrecked pontoon bridges. Russian troops suffered heavy casualties after Ukrainian forces repulsed their attempt to cross the river, the British Ministry of Defense said. The maneuver speaks "for the pressure under which the Russian commanders are to advance their operations in eastern Ukraine". The ministry stated that the Russian armed forces "have not made significant progress despite the concentration of their forces in this area".

In a telephone conversation with Finland's President Sauli Niinistö, Kremlin boss Vladimir Putin described Helsinki's planned NATO membership as a mistake. Russia does not pose a threat to the neighboring country, Putin emphasized during the talks, according to the Kremlin. Finland's shift away from traditional neutrality will lead to a deterioration in what has been good neighborly relations, he warned. The talks came about at the initiative of the Finnish President to explain the decision to join NATO in view of the Russian invasion of Ukraine, according to Helsinki sources. "The conversation was open and direct, but without escalation. It was considered important to avoid tension," Niinistö said, according to the Finnish Presidential Office website. The Finnish government declared on Thursday that it wanted to pave the way for NATO membership.

Turkey calls for talks on PKK

Turkey has reiterated its reservations about Finland and Sweden being admitted to NATO, while at the same time signaling a willingness to talk. His country has always been in favor of an "open door policy," said Foreign Minister Mevlut Cavusoglu. However, Finland and Sweden supported "terror organizations" such as the banned Kurdish Workers' Party PKK and the Kurdish militia YPG in Syria. In addition, because of Turkey's fight against these groups, there were export restrictions on armaments that Turkey obtained from abroad. The majority of the Turkish population is therefore against the admission of these two states to NATO, "and they are calling on us to block it," said Cavusoglu. We will have to talk about these things - "with our allies in NATO as well as with these countries".

Turkish President Recep Tayyip Erdogan had previously caused unrest in the alliance with negative statements about the possible NATO accession of Finland and Sweden. "We are currently monitoring developments regarding Sweden and Finland, but we do not have a positive opinion on them," he said. Scandinavian countries are almost "guesthouses for terrorist organizations" like the banned Kurdish Workers' Party PKK.

If necessary, the G7 want to supply weapons for years

If necessary, Germany and the other G7 countries want to continue supplying the Ukrainian armed forces with weapons and other military equipment for the fight against the attackers from Russia for years to come. "We will continue our ongoing military and defense assistance to Ukraine for as long as necessary," said a statement adopted by foreign ministers of the Group of Leading Democratic Industrialized Nations (G7). At the end of the consultations in Schleswig-Holstein, Foreign Minister Annalena Baerbock also emphasized the political support of the G7 states. "We will never recognize border changes that Russia wants to enforce with military force," she said.

Referring to the blocked Ukrainian ports, Baerbock said alternatives to shipping grain from Ukraine are currently being explored to break the Russian blockade in the area. After there were problems with rail transport via Romania, they are examining exports via the Baltic ports. However, the prerequisites would first have to be clarified as to how the ports there could be reached. 25 million tons of grain were stored in the Ukrainian ports.

Former Russian leader Dmitry Medvedev reacted to the G7 statement with sarcasm and criticism. "To put it mildly, our country doesn't give a damn if the G7 does not recognize the new borders," he commented on Telegram. The Russian foreign ministry spokeswoman Maria Zakharova attacked Baerbock on Telegram with a view to the danger of a global hunger crisis. Prices rose because of Western sanctions, she wrote. "If you don't understand that, it's either a sign of stupidity or deliberately misleading the public."

More articles on the Ukraine war 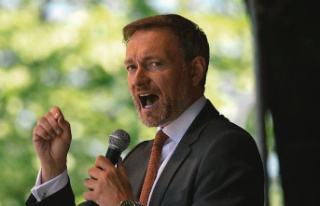