The Friendship of Nations Monument in Kyiv dates back to Soviet times. 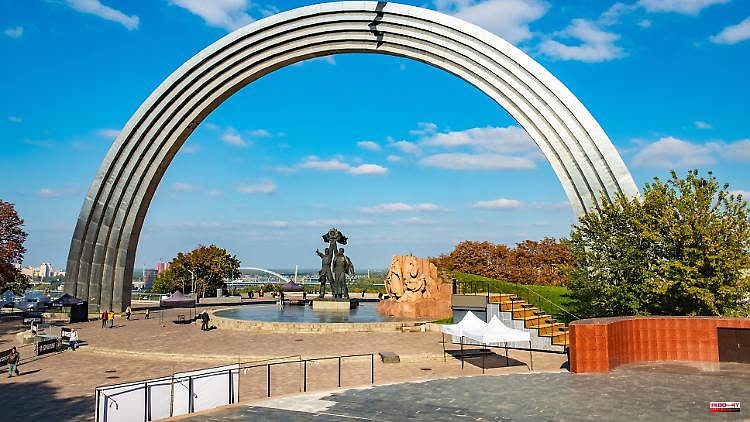 The Friendship of Nations Monument in Kyiv dates back to Soviet times. The 35 meter high monument symbolizes the close relationship with Moscow. However, as a consequence of the Russian war of aggression, the monument will soon have a different name.

In light of the Russian war of aggression in Ukraine, the capital Kyiv has renamed a well-known Soviet-era monument meant to symbolize close ties with Moscow. The Monument to Friendship of Nations will be renamed the Monument to the Freedom of the Ukrainian People, Kiev Mayor Vitali Klitschko announced on Telegram.

Last month, the city administration removed the statues of a Russian and a Ukrainian worker from the monument. "Not without effort, but the Soviet sculpture of the two workers (a symbol of the unification of Ukraine and Russia) was removed tonight," Klitschko said at the time. The Russian worker's head fell first, he said. Overall, the dismantling was not easy, but ultimately successful. That has symbolic power. "We have to drive the enemy and the Russian occupiers out of our country," said Klitschko.

Other monuments from Soviet times are also to be removed from Kyiv. The city administration has created a list of more than 40 monuments and commemorative plaques, explained Klitschko. They should be "removed from the streets and buildings of the capital and placed in a museum dedicated to totalitarianism".

Klitschko emphasized that renaming and removing the monuments takes time and must be carried out by "specialists", especially historians. In this way, a "hasty decision" should be prevented. The now renamed, 35 meter high monument was erected in 1982 in the center of Kyiv.

Many Kievans are campaigning to remove references to the country's Soviet heritage, as well as to Russia and its ally Belarus, in the wake of Russia's invasion of Ukraine. The Kiev Metro has already launched online polls to come up with new names for some stations. 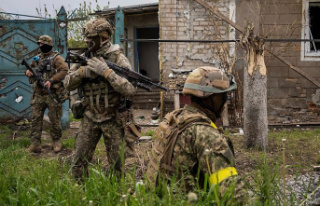 The day of the war at a glance: Russian troops withdraw...