King Felipe VI will attend an agape 'Sabor a Bierzo' prepared by the students of the Ponferrada Campus next Tuesday, according to sources from the University of León (ULE). 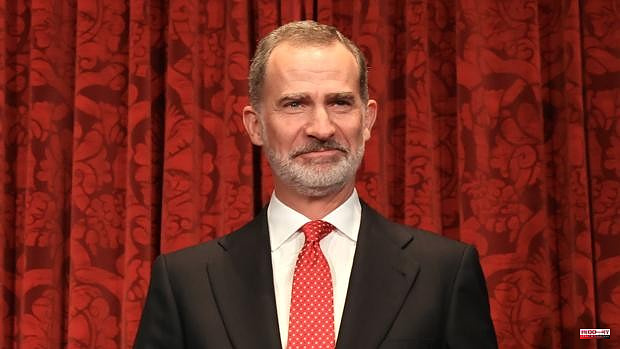 King Felipe VI will attend an agape 'Sabor a Bierzo' prepared by the students of the Ponferrada Campus next Tuesday, according to sources from the University of León (ULE). The monarch will preside over the closing ceremony for the 25 years of university studies in the capital of Berciana. "This visit is an honor and a recognition of the work of all of us who make up the University of León and the Ponferrada Campus", acknowledged the rector of the ULE, Juan Francisco García Marín.

On the day, which will take place from 11 a.m., the King will visit the Campus facilities, participate in the solemn act and sign the University's book of honour, in an act that will put an end to the program launched with occasion of the XXV Anniversary of the Ponferrada Campus, collects Ical.

Last September, Felipe VI accepted the honorary presidency of the acts and already then the ULE announced the possible presence of a member of the Royal House in the institutional closing act scheduled for the month of May.

Later, the monarch will visit the City Hall and greet those who come to receive him upon his arrival at the Town Hall, scheduled for 1:00 p.m. The forecast is that the visit of Felipe VI to the City Hall of the capital of Berciana will last for half an hour. "It is a day in which the image of Ponferrada will be present in all the media in Spain and it depends on all of us that this image is that of a friendly, hospitable and pleasant city, as it usually is," sources have stressed. municipal.

1 The mayor of Albacete hands over the keys to new homes... 2 A man was arrested in the port of Bilbao when he tried... 3 Madrid warns of the danger of cannabis: 4,253 hospital... 4 Alberto Núñez Feijóo breaks with the "zascas"... 5 The Prosecutor's Office asks to file the complaint... 6 TSJC rejects the recourse to the sentence for the... 7 Superhero costumes to raise awareness about multiple... 8 Summit of the Americas: Argentina, Mexico and Chile... 9 Smoke-free beaches: list of the 81 Valencian beaches... 10 The Talavera PP asks the government team to act "urgently"... 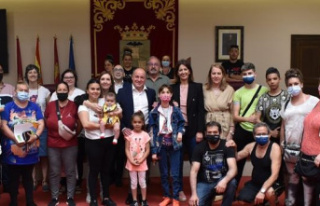 The mayor of Albacete hands over the keys to new homes...