The deputy spokesperson for the Popular Municipal Group in the City Council of Talavera de la Reina (Toledo), Gelen Delgado, has asked the government team of Agustina García, "to act urgently" against the proliferation of rats and cockroaches in the city. 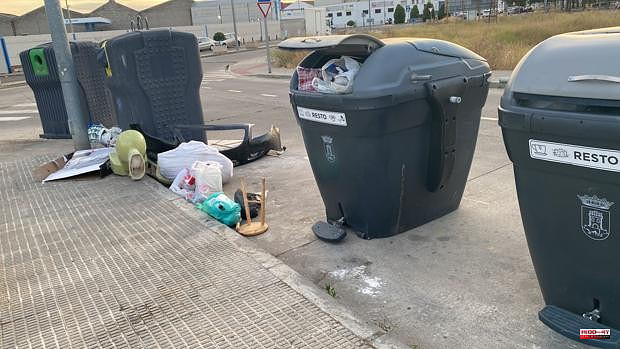 The deputy spokesperson for the Popular Municipal Group in the City Council of Talavera de la Reina (Toledo), Gelen Delgado, has asked the government team of Agustina García, "to act urgently" against the proliferation of rats and cockroaches in the city.

This has been transferred to the Popular Municipal Group, residents of Francisco Aguirre and Reyes Católicos, who witness "with desperation" that their neighborhood has become the home of rodents and cockroaches "that roam freely in the streets", something that is is becoming a "real health problem", while the City Council does not offer a solution to this problem, the PP has reported in a statement.

The neighbors, Delgado explained, see how the cockroaches come out of the sewers in a torrent, the same as the rats, "which is causing multiple complaints among the neighbors who demand help to exterminate these animals that are making life impossible for them. the talaveranos».

The discontent of the Talaverans increases with the installation of new containers, according to the mayor, who explained that in addition to the fact that parking spaces are being eliminated "without the PSOE offering an alternative for those eliminated spaces", the location of the same " it is assuming an inconvenience for many neighbors", since the new containers are being located under houses, "which begin to accuse the bad smells of the garbage cans", something that is going to increase with the high temperatures.

On the other hand, Delgado has referred to the situation that the residents of the city find themselves in on a daily basis, especially our elders, "who have difficulties opening the containers and depositing their garbage", for which they need help since they do not have the necessary strength to do so, "and that is a serious detriment to our elders."

On the other hand, the complaints of the neighbors also focus on the accumulation of garbage bags outside the containers, "and in part it is because the new ones are smaller and do not have the capacity to absorb all the bags."

In addition, the PP has received complaints from residents of streets adjacent to Francisco Aguirre Avenue because the containers have disappeared in some of them, so the distance to reach them has increased.

Gelen Delgado has also referred to the safety and health problem that is taking place in the lots that, in addition to being unfenced, accumulate garbage, and all kinds of crap "which is also an appeal for animals", for which the mayor has asked the City Council "to take action on the matter and make the owners condition and tidy up those plots to avoid greater evils."

Similarly, the 'popular' have sued the government team "to offer special treatment to clearing throughout the year", especially in the Entretorres deposit, "which looks like a jungle."

1 Carmela Silva does not respond to the 'in-law... 2 The municipalities can now request the 12 million... 3 The Board would like Núñez to have "as much... 4 Sánchez and Calviño meet with Bill Gates with energy... 5 Collaboration with Latin American police forces "is... 6 The Generalitat Valenciana approves a public job offer... 7 The City Council will invest 74,000 euros in fixing... 8 The tenor Roberto Alagna plants the Liceu for a musical... 9 The transporters predict demands to the Foral Government... 10 Barcelona suspends the opening of supermarkets and... 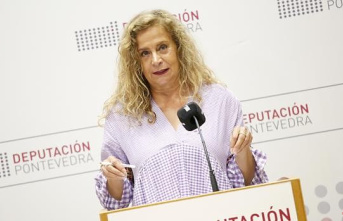 Carmela Silva does not respond to the 'in-law...