A man was arrested in the port of Bilbao when he tried to access a ferry as a stowaway, posing as an employee of the shipping company

For several years now, the Port of Bilbao has become a hot spot on the migratory routes to the United Kingdom. 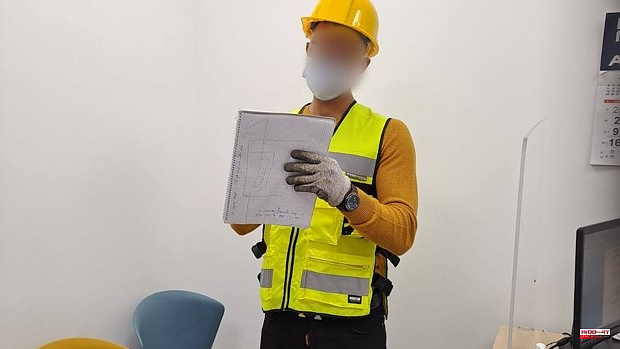 For several years now, the Port of Bilbao has become a hot spot on the migratory routes to the United Kingdom. In recent years, attempts to access ships as stowaways have increased tenfold. Until now, the most used method was to try to access hidden in the underside of a truck. But, the picaresque goes further and the latest case detected by the National Police is that of a young Moroccan who pretended to be an employee of the shipping company to try to sneak in as a stowaway.

The Maritime Borders Group supervises the boarding of all ships sailing to countries outside the Schengen area, such as the United Kingdom and Ireland.

On Thursday afternoon they were carrying out boarding controls on a ferry bound for the Irish port of Rosslara when an Inspector noticed that there was something strange about a young man who appeared to be another employee.

He was assisting vehicles in boarding maneuvers but, according to police sources, the vest "lacked the usual company logos." The agents asked him about his presence there and the young man barely managed to give vague explanations "in very poor English." They then consulted the shipping company, which confirmed that he was not on the staff.

Being discovered, the young man ended up confessing that his intention was to access the ship as a stowaway to "meet his girlfriend", who lived in Ireland. Once his documentation was verified, they confirmed that he was a citizen of Moroccan nationality who was in an irregular situation in Spain.

The young man was arrested and transferred to the National Police in Bilbao. He is accused of a serious violation of the Immigration Law and is proceeding to initiate the consequent expulsion file.

1 Madrid warns of the danger of cannabis: 4,253 hospital... 2 Alberto Núñez Feijóo breaks with the "zascas"... 3 The Prosecutor's Office asks to file the complaint... 4 TSJC rejects the recourse to the sentence for the... 5 Superhero costumes to raise awareness about multiple... 6 Summit of the Americas: Argentina, Mexico and Chile... 7 Smoke-free beaches: list of the 81 Valencian beaches... 8 The Talavera PP asks the government team to act "urgently"... 9 Carmela Silva does not respond to the 'in-law... 10 The municipalities can now request the 12 million... 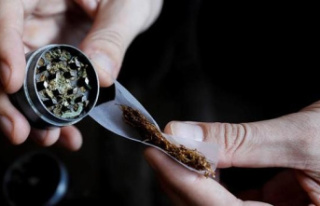 Madrid warns of the danger of cannabis: 4,253 hospital...