Summit of the Americas: Argentina, Mexico and Chile request the incorporation of Cuba and Venezuela

Argentine President Alberto Fernández made a series of statements this Thursday in which he criticized the economic blockade against both Cuba and Venezuela. 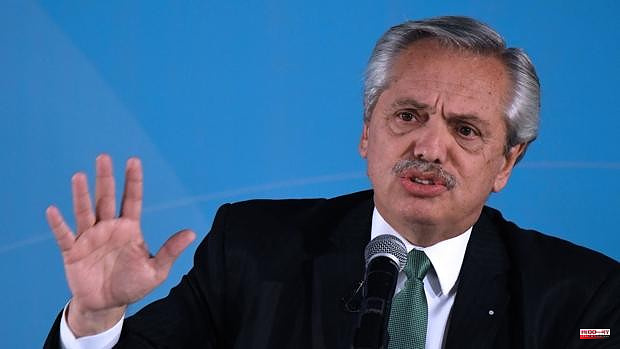 Argentine President Alberto Fernández made a series of statements this Thursday in which he criticized the economic blockade against both Cuba and Venezuela. With just 10 days left before the Summit of the Americas takes place, the head of state participated in a meeting of Ministers of Education of Latin America and the Caribbean and there he referred to the situation in both countries.

«In our continent we have a country that has been economically blocked for six decades and survives as best it can. We should be very ashamed that this happens,” said the president, referring to Cuba. He also mentioned the Venezuela of Nicolás Maduro: “We have a country that has been blocked for 5 years due to a political dispute and, in the midst of a pandemic, they blocked it when solidarity was more necessary than ever.”

During the same meeting, Fernández called for Latin American unity in favor of a common goal. "I wonder if we really shouldn't unite our voices to tell the North, 'Stop! '", he harangued.

The reason why the Argentine president made these statements less than two weeks before the Summit of the Americas takes place – which will take place between June 6 and 10 in Los Angeles – is that Cuba, Venezuela and Nicaragua do not have been invited to participate in this meeting.

The spokesperson for the Argentine government, Gabriela Cerruti, also spoke on this subject in her traditional morning press conference at Casa Rosada. She was consulted on whether or not Argentina will participate in the famous summit, she has not responded, although she has clarified that this "must be carried out without exclusions." Mexico has taken a position similar to that of Argentina, demanding that all the countries of the region be included and, later, Chile has also joined this request.

This same Thursday, Fernández held a meeting with former Democratic Senator Christopher Dodd, who was appointed by President Joe Biden as special advisor to the Summit of the Americas. At the meeting, the US representative wanted to know if the Argentine president would attend the summit, but he has not yet given an answer.

In an official statement from the US Embassy. in the South American country, the US official said: "I reiterated our hope that Argentina will be an active participant in the summit, which is especially important given its role as leader."

1 Smoke-free beaches: list of the 81 Valencian beaches... 2 The Talavera PP asks the government team to act "urgently"... 3 Carmela Silva does not respond to the 'in-law... 4 The municipalities can now request the 12 million... 5 The Board would like Núñez to have "as much... 6 Sánchez and Calviño meet with Bill Gates with energy... 7 Collaboration with Latin American police forces "is... 8 The Generalitat Valenciana approves a public job offer... 9 The City Council will invest 74,000 euros in fixing... 10 The tenor Roberto Alagna plants the Liceu for a musical... 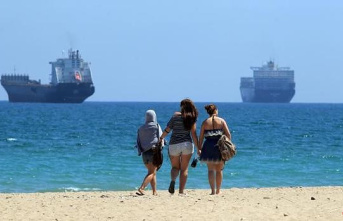