The Provincial Prosecutor's Office of Valencia has requested the file of the open investigation against a school in Paterna after the complaint filed by some parents who alleged that the center had suspended their daughter a Social Sciences exam for doing it in Spanish, when the subject is taught in Valencian. 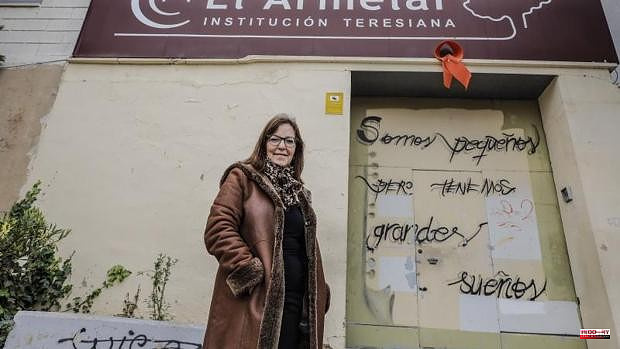 The Provincial Prosecutor's Office of Valencia has requested the file of the open investigation against a school in Paterna after the complaint filed by some parents who alleged that the center had suspended their daughter a Social Sciences exam for doing it in Spanish, when the subject is taught in Valencian.

This follows from the resolution, in relation to the complaint filed in the Prosecutor's Office in May 2022, advanced by ABC, against an educational center for the treatment that had been given to a student.

The public ministry, after receiving the complaint, initiated investigation proceedings and studied the facts, which consisted of the opposition of the parents of a minor to her taking the subject of Social Sciences in the fourth year of Primary in Valencian, as established by the Multilingual and Intercultural Education Program (PEPLI) corresponding to the concerted center.

According to this program, twenty-five percent of teaching hours must be taught in the Valencian language. However, the complainants informed the center of their intention that the student study the subject, contrary to the center's program, in "Spanish" and bought the books in that language. When the time came, the girl took the exam in Spanish, which is why, according to the complainants, she was rated "insufficient."

For this reason, the parents asked the Prosecutor's Office to investigate the facts, considering that they could constitute a crime of coercion and harassment in which a minor was affected and, in addition, document falsification. Given the possibility that the commission of a hate crime was raised, the proceedings were distributed to the section headed by Susana Gisbert, instructor of the case.

The prosecutor estimates that the proceedings should be archived as they do not see any type of crime. Regarding the coercion, she points out in her letter that they do not occur as there was no violence or intimidation by the center's staff, "who limited themselves to giving instructions in the exercise of their educational function."

In addition, for there to be coercion, the requirement that the person who commits the conduct does so without being legitimately authorized must be met. And, in this regard, the prosecutor warns: "There is no doubt that the law regulating the right to education, as well as the provisions applicable in this area, especially the aforementioned PEPLI, suppose more than sufficient legitimacy to set their own criteria within of what is established by the Generalitat Valenciana, even more so in the case of a concerted center».

As for the crime of harassment, the prosecutor also rules it out because there was no persecution, contact by technological means or through third parties, use of personal data and attacks on their freedom or their assets. For its part, the Prosecutor's Office sees "even less admissible" the classification of the crime of documentary falsification, "when it does not even refer to what the falsified document or documents would be, what such falsification consists of and if it is material or ideological " .

The case of this Primary school student from a private school in Paterna is not the first that has affected the Ministry of Education so far this year, since another FP student in a public institute in Cheste also reported that he had been expelled from several classes after having asked to take the exams in Spanish and not in Valencian.

In both cases, the schools justified their decision in that "the Linguistic Project of the center was carried out in accordance with the instructions issued by the Ministry of Education for all the centers of the Valencian Community."

1 TSJC rejects the recourse to the sentence for the... 2 Superhero costumes to raise awareness about multiple... 3 Summit of the Americas: Argentina, Mexico and Chile... 4 Smoke-free beaches: list of the 81 Valencian beaches... 5 The Talavera PP asks the government team to act "urgently"... 6 Carmela Silva does not respond to the 'in-law... 7 The municipalities can now request the 12 million... 8 The Board would like Núñez to have "as much... 9 Sánchez and Calviño meet with Bill Gates with energy... 10 Collaboration with Latin American police forces "is... 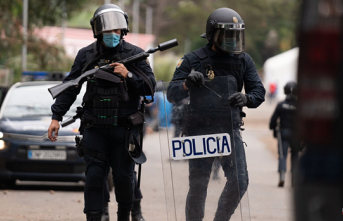 TSJC rejects the recourse to the sentence for the...