The Superior Court of Justice of the Canary Islands (TSJC) has dismissed the appeals filed against the sentence issued by the Provincial Court of Santa Cruz de Tenerife, in which four internal migrants were sentenced to prison in the Las Raíces camp accused of assaulting and threatening security guards. 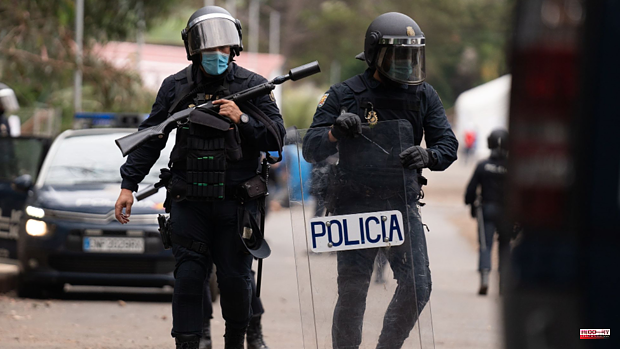 The Superior Court of Justice of the Canary Islands (TSJC) has dismissed the appeals filed against the sentence issued by the Provincial Court of Santa Cruz de Tenerife, in which four internal migrants were sentenced to prison in the Las Raíces camp accused of assaulting and threatening security guards.

The Provincial Court of Tenerife imposed sentences of less than one year in prison on the four defendants for crimes of public disorder and minor crimes of injury. Due to the events that occurred on April 27, 2021, all of them spent eight months in preventive detention awaiting sentencing.

The events for which they were convicted occurred last year, beginning the altercation in the shower area of ​​the camp at a time when there was a long queue and one of the inmates tried to enter touching a guard on the hand and without a mask. until he ended up pushing it away.

However, when the showers opened, there was an avalanche and the man took the opportunity to elbow the woman, throw her to the ground, step on her and walk over her. Later, he hid in a maintenance room and when the rest of the guards went to detain him, he received them with kicks and punches and along with other inmates, who joined the altercations. One of them even attacked one of the workers with an iron bar.

On the way from one of the migrants to the central headquarters of the camp, the workers were intimidated by a group of up to 40 inmates armed with razors, knives and sticks with blades embedded in the tip, kicking and punching the guards and throwing stones and objects. One of the migrants even bit a guard on the thigh.

When the National Police arrived at the facilities, four migrants were detained and the rest, with the help of workers from the NGO in charge of the management, got rid of the weapons and knives, which could not be recovered. In total, there were four wounded guards with injuries that lasted from four to thirty days.

1 Superhero costumes to raise awareness about multiple... 2 Summit of the Americas: Argentina, Mexico and Chile... 3 Smoke-free beaches: list of the 81 Valencian beaches... 4 The Talavera PP asks the government team to act "urgently"... 5 Carmela Silva does not respond to the 'in-law... 6 The municipalities can now request the 12 million... 7 The Board would like Núñez to have "as much... 8 Sánchez and Calviño meet with Bill Gates with energy... 9 Collaboration with Latin American police forces "is... 10 The Generalitat Valenciana approves a public job offer... 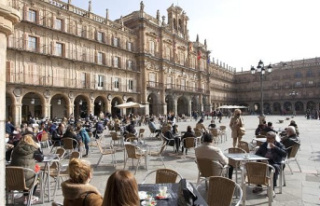