Superhero costumes to raise awareness about multiple sclerosis in Salamanca 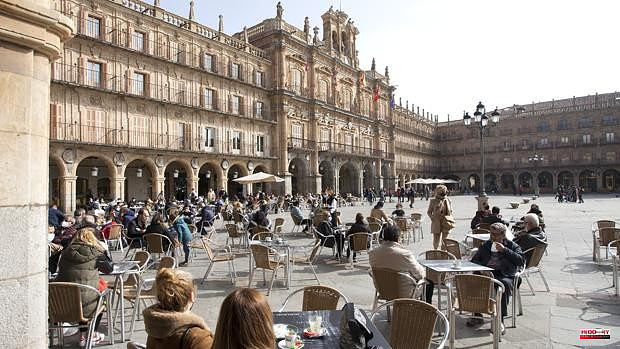 The Salamanca Association of Multiple Sclerosis (Asdem) will take to the streets next Monday, May 30, on the occasion of World Multiple Sclerosis Day. Thus, it will install an information table in the Plaza Mayor of Salamanca from 11 a.m. to 8:30 p.m., and the Salamancan agora will be the scene of a fight with 'superpowers' against this disease, since the members of the organization will dedicate themselves to raising awareness citizens dressed in capes and masks.

Asdem, an entity that is part of the Asprodes Plena Inclusion Castilla y León group, thanked this Friday for the work of the associates, professionals, volunteers, family members and supporters who make this activity possible, aimed at "making the disease known, promoting understanding and empathy on the part of society and to value everything that people with multiple sclerosis can contribute and contribute to society».

These people motivate the general motto of the campaign, promoted by the Spanish Multiple Sclerosis Federation (EME), and supported by all the entities that make it up, and which this year reads 'The person with multiple sclerosis, in the center'.

Along with this motto, the Salamanca section chose its own complementary slogan for that day, which says 'We are people with superpowers'. According to the organization, multiple sclerosis is known as "the disease with a thousand faces" due to the great variety and intensity of symptoms with which it manifests itself in each person, so that "it involves constantly overcoming challenges in the day by day of the people who live with it».

To show this idea more clearly, Asdem has chosen a "very visual" awareness campaign for World Multiple Sclerosis Day. To convey the concept of constantly overcoming challenges in everyday life, the entity chose an orange cape as its symbol, as its logo, a mask, all in different ways, since society is too, as he explained, as well as comfortable clothing and t-shirts with a new logo created exclusively for this day: the 'Super Asdem' logo.

People from the entity will inform about what Asdem is and what services it offers, they will give the possibility of joining or being part of its volunteer group and will offer collaboration options in its "solidarity corner", says Ical. And throughout the day, there will be people in disguise with whom the people of Salamanca and visitors will be able to take pictures. To give greater visibility to the campaign on social networks, the shared images can be accompanied by the hashtags of the World Multiple Sclerosis Day, such as '

Towards the end of the awareness day, around 8:00 p.m., several people from the group will read their claims on the occasion of World Multiple Sclerosis Day.

Also during this Monday, May 30, the Salamanca City Council will collaborate by lighting the Puerta Zamora fountain orange and displaying the following message of support on the town's illuminated signs: 'May 30, World Multiple Sclerosis Day. We are people with superpowers. Asdem, Salamanca Association of Multiple Sclerosis.

1 Summit of the Americas: Argentina, Mexico and Chile... 2 Smoke-free beaches: list of the 81 Valencian beaches... 3 The Talavera PP asks the government team to act "urgently"... 4 Carmela Silva does not respond to the 'in-law... 5 The municipalities can now request the 12 million... 6 The Board would like Núñez to have "as much... 7 Sánchez and Calviño meet with Bill Gates with energy... 8 Collaboration with Latin American police forces "is... 9 The Generalitat Valenciana approves a public job offer... 10 The City Council will invest 74,000 euros in fixing... 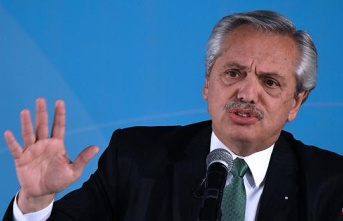 Summit of the Americas: Argentina, Mexico and Chile...